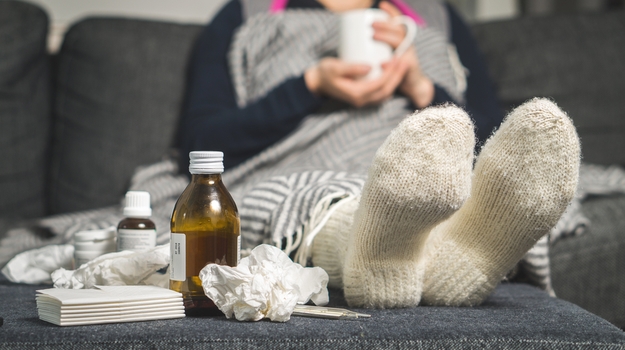 As we head into cold and flu season, the question arises: Can you get COVID-19 and the flu at the same time?

The short answer is: maybe.

There have been some cases reported around the world of people who tested positive for both COVID-19 and an influenza virus, but the reports are in the dozens, whereas more than 26 million people globally have tested positive for SARS-CoV-2, the virus that causes COVID-19.

“It is quite possible and likely that the two viruses could infect a patient at the same time or, for that matter, sequentially: one month, one virus, and the next month, the other virus,” Michael Matthway, professor of medicine at the University of California, San Francisco, told NPR. “It’s likely with both viruses at the same time, the severity of respiratory failure would be greater. Or, of course, having two illnesses in a row that affected the lungs would make the respiratory failure more severe.”

But, in fact, nobody really knows. Co-infections are common in respiratory viruses, but the research into co-infections around SARS-CoV-2 is only beginning. However, one study published in JAMA evaluated positive COVID-19 patients and found that about 20% also tested positive for at least one other respiratory virus. Those viruses include rhinovirus, which causes the common cold, and respiratory syncytial virus (RSV), a more serious infection.

But it’s not as simple as having two viral infections at the same time—although sometimes it can be. In some cases, a second virus may not do anything, or it could make the illness more severe. It might also have a short-term protective effect.

Helen Chu, an associate professor of medicine at the University of Washington in Seattle, told NPR it wasn’t clear if rhinovirus makes the flu worse. “But for a lot of the other viruses that are known causes of disease like parainfluenza virus and human metapneumovirus and human coronavirus, those can work with flu and cause you to have more severe disease.”

But Sarah Meskill, an assistant professor of pediatrics and emergency medicine at Baylor College of Medicine in Houston, notes that “There are many studies all over the map.” But her gut feeling is that “we’re going to see co-infections; we are going to see patients positive for both” flu virus and the coronavirus.

As it turns out, Swiss-based Roche announced today that the U.S. Food and Drug Administration (FDA) issued an Emergency Use Authorization (EUA) for a diagnostic test to quickly identify whether a patient has COVID-19 or one or two flu viruses.

“With the approaching flu season, this new test is particularly important as SARS-COV-2 and influenza infections can hardly be differentiated by symptoms alone,” said Roche’s diagnostic head, Thomas Schinecker. “Now, with a single test, healthcare professionals can confidently provide the right diagnosis and most effective treatment plan for their patients.”

And Chu, who has been tracking viral infections in Seattle, noted that, “There’s really no transmission of these other viruses going on in the community right now. That is what we are seeing in Seattle.”

Which doesn’t mean the flu isn’t there or won’t be. The flu vaccinations are already available and are generally recommended, particularly to avoid the double-threat of flu and COVID-19.