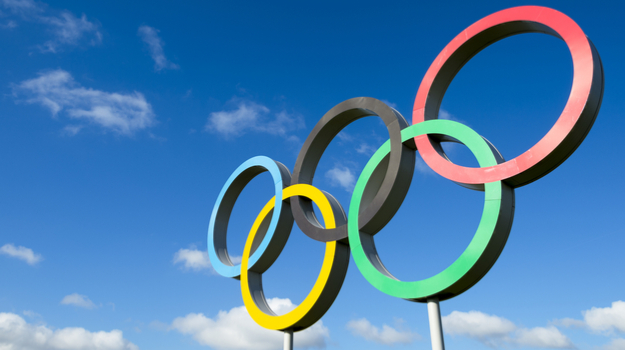 Technologists and lab researchers are allowed to have some healthy skepticism over their bosses’ skill levels in the laboratory. Many are financial executives while others are MDs or PhDs who spent little time outside of graduate or medical school in laboratories. So with what is presumably good humor, Cambridge, Mass.-based Syros Pharmaceuticals held its third annual Lab Olympics, where various executives in the company competed in a range of contests that included a race to put on safety equipment and accuracy in pipetting.

The Boston Business Journal notes, “Employees set the tests, coached the contestants and bet on who would win, with the resulting money raised going toward the Leukemia & Lymphoma Society. Their bosses, meanwhile, attempted to earn coveted bragging rights and esteem from the staff.”

Syros focuses on developing gene control medicines for cancer and genetic diseases. It has two drugs in its pipeline, SY-1425, a RAR agonist being evaluated in acute myelocytic leukemia and myelodysplastic syndromes, and SY-1365, a CDK7 inhibitor, being studied in ovarian cancer and breast cancer.

At the company’s second annual report in August, Nancy Simonian, chief executive officer, stated, “The second half of 2018 promises to be an important time for Syros. Over the next several months, we plan to report initial clinical data from our Phase II trial evaluating the safety and efficacy of SY-1425 in combination with standard-of-care and targeted agents in genomically defined subsets of patients with acute myeloid leukemia and myelodysplastic syndrome. We plan to open expansion cohorts in the ongoing Phase I trial of SY-1365 in multiple patient populations with ovarian and breast cancers, as well as report data from the dose-escalating portion of the trial.”

It also hopes to begin a third clinical trial by the end of the year. The company has a total headcount of 75 people, and is growing fast, having brought on about 20 of them this year.

Simonian told the Boston Business Journal that the Lab Olympics is a good way to build camaraderie. “We’re focused on doing these really difficult things and making drugs to help patients, and there’s a long horizon to do that, and it requires an amazing amount of collaboration and innovation and teamwork,” she said. “Figuring out how to harness that in everyday things beyond the work itself is a really important part of our culture.”

Many companies offer activities that are team-building, or even part of their community outreach programs that can have similar results. Genentech, for example, has an extensive community outreach program. One example is Futurelab, which is several Science, Technology, Engineering and Math (STEM) educational programs, mentorships and a science competition for South San Francisco schools.

These include Gene Academy for third through fifth grade, the Helix Cup for grades six through eight, and Science Garage for grades nine through twelve. Gene Academy is a mentoring program on-site at Genentech, with 170 third-through-fifth graders matched with two employee mentors.

The Helix Cup is an annual science competition where more than 600 kids participate on problem-solving challenges, teamwork, resilience and communication. Most of the challenges take place at the schools, but the finale, about nine teams with a total of about 30 kids, is at Genentech headquarters.

Kristin Campbell Reed, director of Corporate and Employee Giving at Genentech told BioSpace in 2016, “They get a mini science lesson, then are given a challenge. They have no idea when they’re walking through the door what it will be. Things like designing a control-release medicine that will release different color dye tabs in a precise timeline in huge vats of water have been set up. It’s high on theatricality so it’s fun for the crowds, too. Kind of like an Iron Chef, Top Chef kind of cool science competition.”

Aside from team-building, these types of activities help create a company’s culture. In a 2017 Forbes article about creating distinctive corporate culture in biotechs, Bruce Booth wrote, “As for the values, again, not meaning to be cynical, but nearly every biotech says it values the same things: committed to great science; open, connected and collaborative; innovative and pioneering; striving for excellence in all things; bold, energetic and passionate; accountable to the highest standard; yadda yadda yadda….But it’s not the vision or values written on the wall or website that creates company culture.”

He goes on to say, “Fundamentally, what differentiates corporate cultures are the people, their actual behaviors and how those become the company’s common practices: what gets celebrated vs. discouraged, who gets hired and fired, and how the team vs. the individual performs.”

Which suggests that a company that annually creates a competition for the executives run by the staff, may really be focused on teamwork and a shared goal. Or company with a strong community outreach program understands it is acting both locally and globally.