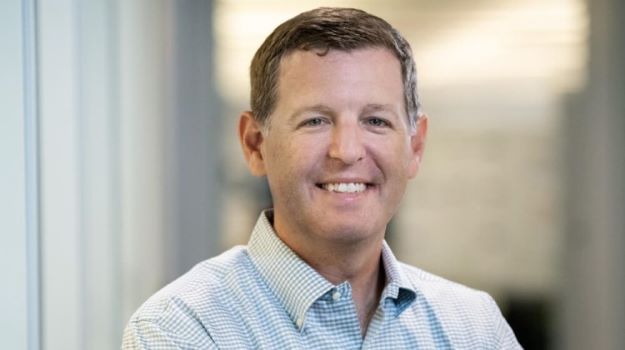 The field of synthetic biotics is so new there are only a handful of scientific articles using either that term or ‘engineered living therapeutics.’ Basically, this discipline integrates biology and engineering principles so researchers can use codes to design therapeutics just like their IT counterparts use code to design computer applications.

“The idea is that you, potentially, can apply those principles to bacteria to program or design them to be coded to perform specific functions,” said Dave Hava, Ph.D., CSO at Synlogic, in an interview with BioSpace. “We’re trying to take a probiotic organism – something that’s safe and that there’s lots of human experience with – and apply synthetic biology approaches to engineer that probiotic organism to do something it’s not originally designed to do.”

The result is bacteria into which different genes, enzymes or transporters are introduced to create a therapeutic function.

Only a few companies are active in this space.

Senti Biosciences, founded by one of Synlogic’s founders, Tim Lu, M.D., Ph.D., is one. That firm, which has not yet entered clinical development, uses a synthetic biology approach with mammalian cells. Its two most advanced programs focus on acute myeloid leukemia and hepatocellular carcinoma.

South San Francisco-based Novome Biotechnologies focuses on gut diseases. Rather than probiotics or mammalian cells, it uses colonizing bacteria. Novome has one program in the clinic for enteric hyperoxaluria (EH).

“It’s a different approach (than ours) with some different risks,” Hava said.

Of these companies, Synlogic appears to be the furthest along. It has three programs in the clinic, including one that is preparing for Phase III initiation next year. Therapeutic applications are focused on rare metabolic and immunological diseases including phenylketonuria (PKU), homocystinuria, EH and gout, in which probiotics are programmed to break down metabolites in the GI tract.

“Our lead clinical program is for PKU,” Hava said. “Patients with PKU can’t break down phenylalanine, an amino acid that’s in much of what we eat. Phenylalanine is absorbed from the GI tract. Having high levels in your blood and, ultimately, in your central nervous system, leads to cognitive decline over time.

“You can’t make an antibody or small molecule against phenylalanine to block it, so by engineering the bacteria to find it and convert it into something that’s not toxic, you effectively remove it from the system. Pac-Man (the 1980s video game) is a good analogy.”

This approach can be used against multiple diseases in which metabolites are involved, either as monotherapies or adjuvants depending on the disease.

“For PKU, there are two approved drugs on the market, but they only serve about 20 percent of the population,” Hava said. For them, Synlogic’s lead program, SYNB1934, could be an adjuvant therapy.

The remaining 80 percent manage their condition using dietary restrictions. “In those patients, what we’re doing with synthetic biotics will be meaningful as a standalone therapeutic.”

HCU and EH, two other conditions Synlogic is targeting, “have no real standard-of-care therapy,” Hava said. So, there is opportunity to address unmet needs as a monotherapy, he noted.

Since the use of probiotics as living therapeutics was first proposed 15 to 20 years ago, the field has been immersed in basic research and tool building as researchers learned what did or did not work. The ability to easily manipulate bacterial DNA and genetics using multiple different techniques (like CRISPR) was an important milestone that removed much of the risk.

Recent research provides insights into how the imbalance of organisms in the gut (called dysbiosis) contributes to the development of hypertension and how nutritional and pharmacological interventions can help. An earlier paper explored dysbiosis in stroke and cognitive impairment.

Another important development is an improved understanding of the science by regulators, including what they will require in filings to prove the therapeutics are safe and effective.

“The PKU program that is in Phase II and that will begin Phase III next year blazed a path we can leverage for other programs,” Hava said.

“When you’re developing a new modality, there’s a lot of platform risk, technical risk and biological risk,” he continued. Therefore, in entering this still emerging field, Synlogic identified areas that already were well-validated and could possibly benefit from a synthetic biotics approach.

The question, then, was whether researchers could do that with synthetic biotics, he said. “Our Phase II data suggests our approach is working. It’s producing the biomarkers we think it should produce and it is lowering phenylalanine levels in patients.”

The idea is gaining traction. Synlogic has entered into a partnership with Roche for a program geared toward inflammatory bowel disease. Last year, the company collaborated on a program with the U.S. Air Force, the National Research Council, Oak Ridge Institute for Science and Education and the Henry M. Jackson Foundation to characterize an engineered live bacterial therapeutic to treat PKU in a human gut-on-a-chip.

The coming year should bring additional validation. Within the next 12 months, Hava said he expects three clinical data readouts.