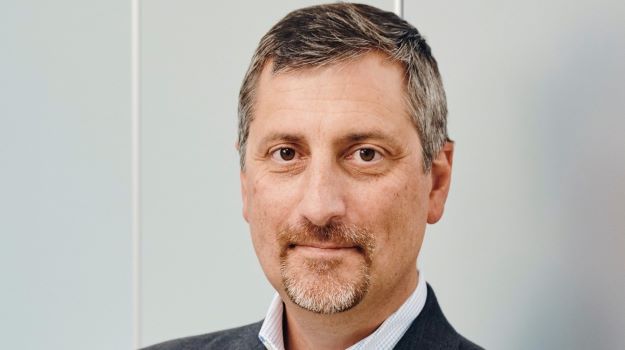 After guiding BlueRock Therapeutics and its potential Parkinson’s disease stem cell therapy into the clinic and leading that company to a $1 billion acquisition by Bayer, Emile Nuwaysir, Ph.D., is taking on a new challenge as chief executive officer of gene therapy startup Ensoma.

Backed by Takeda Pharmaceutical and 5AM Ventures, Ensoma launched with $70 million in February to develop gene therapies designed to engineer hematopoietic and immune cells with a one-time, off-the-shelf in vivo treatment. Nuwaysir steps into the CEO role at Ensoma with a level of excitement over the promise of the company’s approach.

“The elegance of the platform, combined with its unprecedented payload capacity, will enable applications of genetic medicine that are simply undreamed of today. We will create an entire new class of smart immune cells with the power to provide cures for hundreds of genetic diseases, as well as complex diseases like cancer and autoimmunity,” Nuwaysir said in a statement.

Ensoma’s Engenious platform is designed to deliver a broad range of genome-modification technologies directly to the hematopoietic stem cells or immune cells, including T cells, B cells and myeloid cells. According to Ensoma, the vectors are “optimized to work without the need for stem cell collection or prior myeloablative conditioning,” such as chemotherapy. That means that Ensoma’s therapies have the potential to be delivered in an outpatient setting through a single injection.

When Ensoma launched in February, Takeda took a $10 million stake in the company. Additionally, Ensoma and Takeda forged a strategic collaboration for in vivo gene therapies valued at more than $1 billion.

Nuwaysir joins the company after his stint at BlueRock Therapeutics, which Bayer acquired in 2019. Following the acquisition, Nuwaysir stayed on with the company that operated as a subsidiary to the German pharma giant. While taking on the CEO role at Ensoma, he will remain chairman of the board of directors at BlueRock. He is also currently the chairman of the Alliance for Regenerative Medicine, an international advocacy organization dedicated to advancing cell and gene therapy treatments. He also serves on the board of Invenra Inc.

Before BlueRock, Nuwaysir served as president and chief operating officer of Cellular Dynamics International, now a subsidiary of FujiFilm. In that role, he guided the stem cell company from inception to a listing on the Nasdaq. He also played a role in its acquisition by FujiFilm. He was also president of Opsis Therapeutics Inc., CDI’s retinal cell therapy subsidiary. He also held leadership roles with NimbleGen Systems, which Roche acquired.

In conjunction with Nuwaysir’s appointment, Paula Soteropoulos will transition to chairman of the board of directors. Soteropoulos touted Nuwaysir’s more than two decades of experience and said he would be a “tremendous asset” to Ensoma as it moves forward with its programs.

“Emile will be a tremendous asset to Ensoma as we seek to fully realize the power and promise of our platform to precisely edit and modify a patient’s own specific cells with a one-time in vivo curative medicine. We look forward to beginning our next chapter under Emile’s leadership,” Soteropoulos said in a statement.