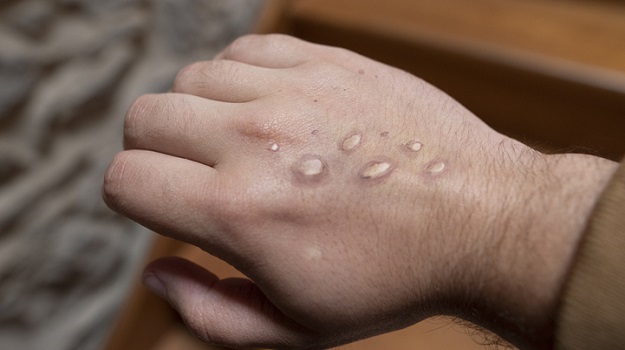 With no clear federal decision yet, San Francisco issued a local public health emergency on Thursday over the city's alarming rise of monkeypox cases. The state of New York took a similar move the same day, declaring the virus an imminent threat to public health.

Both measures will allow local authorities to mobilize resources better, dedicate more staff, coordinate efforts across different agencies and raise the public's awareness—all in an effort to curb the spread of monkeypox in their jurisdictions.

San Francisco's Department of Health has so far documented more than 250 cases of monkeypox in the city, which constitute some 30% of the nearly 800 infections in California, according to Dr. Susan Philip, Public Health Officer of San Francisco. In New York state, there are more than 1,300 recorded cases of monkeypox, more than a quarter of the 4,600 total cases in the United States.

"San Francisco showed during COVID that early action is essential for protecting public health," London Breed, mayor of San Francisco city, said in a statement. "This local emergency will allow us to continue to support our most at-risk, while also better preparing for what's to come," Breed added. Thursday's declaration makes San Francisco the first major city in the country to take such an action against monkeypox.

Monkeypox is a zoonotic virus that is a less severe version of smallpox. The early days of a monkeypox infection are characterized by fevers, headache, body pain, swollen lymph nodes and a general feeling of being unwell. Eventually, the infection causes rashes and skin eruptions. Monkeypox usually resolves on its own in two to four weeks, but it historically has a case fatality ratio reaching as high as 11%.

The virus is endemic to the west and central Africa, but over the years, it has been detected in many other countries, including the U.S., United Kingdom and Singapore. Since the global outbreak in May 2022, there are more than 21,000 confirmed cases of monkeypox across nearly 80 countries.

Before their respective public health declarations, San Francisco and New York states have already been working to control the spread of the virus. These include strengthening testing and treatment capacities, coordinating responses with local clinicians, and improving public awareness. All these efforts, however, are severely hamstrung by a critical lack of vaccines.

Last Wednesday, the federal government announced that it was planning to release 786,000 doses of monkeypox vaccines. A big chunk of it will go to the state of New York, one of the country's hardest hit jurisdictions. In a tweet, Governor Kathy Hochul revealed that her office had received 110,000 additional doses. Meanwhile, San Francisco has initially requested 35,000 doses of monkeypox vaccines and has only received 12,000 so far. An additional 4,220 doses are expected to arrive this week.

Currently, only two vaccines are approved for use against monkeypox in the U.S. The first is Jynneos, a live, non-replicating Vaccinia virus vaccine developed by Danish company Bavarian Nordic and which was approved for such indication in 2019. The second is ACAM2000, Sanofi's smallpox vaccine, which was given the FDA greenlight against monkeypox under an Expanded Access Investigational New Drug application.