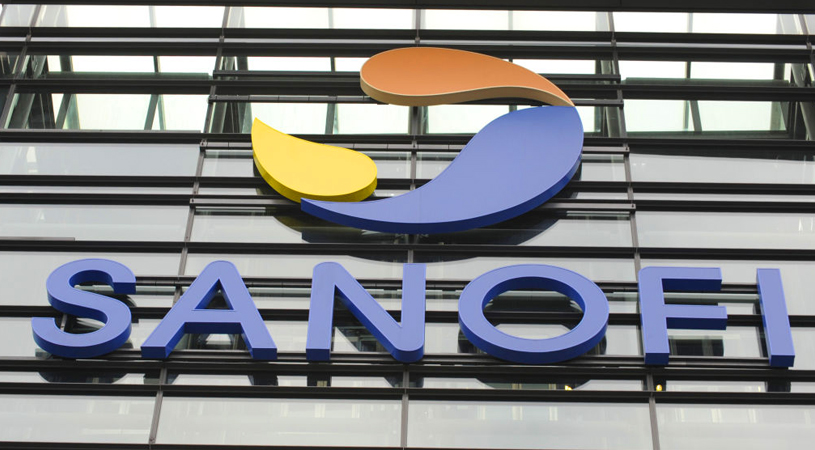 This comes hot on the heels of yesterday’s announcement by Sanofi and Alnylam Pharmaceuticals that the APOLLO Phase III clinical trial of patisiran in patients with hereditary ATTR amyloidosis with polyneuropathy had met its primary efficacy endpoint and all secondary endpoints. The drug uses iRNA (RNA interference) and if successful, could mark the start of an entirely new class of drug.

When Zerhouni took over as head of Sanofi’s R&D seven years ago, he depended a great deal on the company’s partnership with Regeneron and on the Genzyme buyout to develop new drugs. This concept is reinforced by the Alnylam news.

However, Zerhouni told Fernandez he believes Sanofi’s R&D programs are ready to stand alone now. Fernandez wrote, “If Dr. Zerhouni emphasized one thing from our discussion is was that ‘We’re so much more than just another way to own Regeneron.’ Despite his enthusiasm for Dupixent and the company’s immuno-oncology (IO) efforts with Regeneron, it is increasingly clear that Sanofi’s efforts are shifting toward internally developed and owned assets.”

It was only early August when Sanofi announced it was ending its decade-long antibody discovery relationship with Regeneron. Ending that deal didn’t affect the agreements between the two companies over Praluent, Dupixent and Kevzara.

Fernandez wrote, “Among the most interesting insights, in our view, was Dr. Zerhouni’s belief that Sanofi’s biologics and antibody development capabilities have advanced far enough that it no longer makes sense to continue the discovery collaboration with Regeneron; hence why Sanofi exited the agreement and moved toward the IO collaboration, where Regeneron’s focus is on developing checkpoints, including the PD1 antibody, and Sanofi is focused on combining other potential IO agents like its anti-CD38 or anti-TGF agents, both ‘potentially core mechanisms of resistance.’”

Zerhouni is also particularly excited about a drug Sanofi has developed internally for obesity and diabetes utilizing GLP1/Glucagon and GLIP1/GIP dual agonists. Sanofi expects to release data on the trials in the first half of next year. The compound, SAR25899, is being evaluated in Phase II trials of type II diabetes. Zerhouni told Fernandez that the weight loss seen in the trial’s patients exceeded five percent compared to the control group, which likely warranted advancing it into Phase III.

And underlying the discussion, aside from its internal development programs, was whether Zerhouni thought the company would invest in other companies, particularly after losing out on Medivation and Actelion . John Carroll, writing for Endpoints News, said, “Zerhouni tells Fernandez that Sanofi is prepped to pay anywhere from $20 billion to $30 billion to get something it wants. That brings up another point that Zerhouni once made to me. He told me at JP Morgan a few years ago that any Big Pharma company that buys a platform company will only kill it. If he stays true to form, Sanofi will reserve its big money for drug assets that are on or near the market—and that won’t come cheap.”