Running the Evolutionary Race against Microbes and Time in AMR 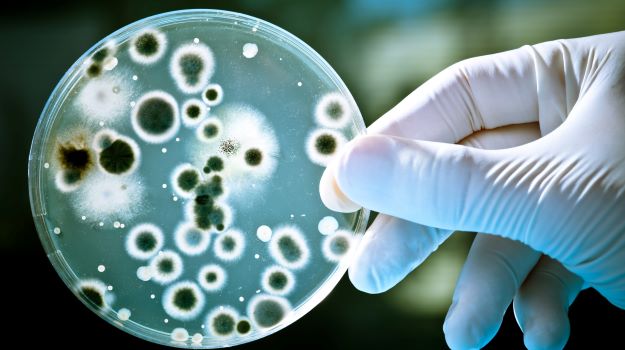 Bacteria have inhabited earth for over three billion years; fungi, over one billion years. Compared to humans, who have only evolved over the past two million years, these microorganisms are practically geriatric.

It does not come as a surprise, then, that microorganisms like bacteria and fungi are extremely adept at evolving new and better versions of themselves in response to environmental stressors or selective pressures. This leads to the problem of antimicrobial resistance — where microbes such as bacteria and fungi quickly evolve mechanisms to circumvent the otherwise life-saving drugs used to target them.

Recently, antimicrobial resistance has re-emerged in the public limelight as an increasingly severe global health problem. Scientific publications like the Lancet have highlighted the millions of deaths worldwide associated with drug-resistant pathogens. Several biotechnology companies are targeting this issue by developing new generations of drugs. These include Entasis Therapeutics, which develops precision antibiotics, and Scynexis, which develops broad-spectrum antifungals.

“Antibiotics were the proverbial wonder drugs [where] we take patients who were on the brink of death and resurrect them [to] have long, healthy lives,” said Manos Perros, Ph.D., president and CEO of Entasis. “The certainty in antibiotics is that pathogens will develop resistance against them.”

“It’s like treating cancer; you can drive with a prospective chemotherapy if you set the stage, but if that doesn’t work, there are all kinds of different treatments that you would go down depending on the reason and the fingerprint of the cancer,” Perros said. “Same thing as the bacteria. Each of the programs in our pipeline has a pathogen (or family of pathogens), and very often a mechanism of resistance.”

Entasis’ lead candidate, Sulbactam-Durlobactam (SUL-DUR), is intended to treat Acinetobacter baumannii (A. baumannii), a major hospital pathogen with many multidrug-resistant strains. Sulbactam, a first-generation beta-lactamase inhibitor, was a known antibiotic originally able to impede A. baumannii’s growth; however, antimicrobial resistance caused Sulbactam to lose efficacy in many drug-resistant strains.

Perros explained that by adding Durlobactam, their newly designed broad-spectrum beta-lactamase inhibitor, to Sulbactam, this superhero drug combination restored A. baumannii sensitivity to Sulbactam’s killing activity. In their recent Phase 3 ATTACK clinical trial, SUL-DUR met the primary efficacy endpoint of 28-day all cause mortality in comparison to colistin, one of the “last-line” antibiotics used to treat gram-negative bacterial infections such as A. baumannii.

Even in comparison to bacteria, fungi are often given less exposure. According to Scynexis President and CEO Marco Taglietti, M.D., there are many factors that have led to a lack of new, innovative antifungals on the market.

“The metabolic machinery of the fungi is very similar to the one in the human cells,” Taglietti said. “So when you try to target something on the fungi, you can damage human cells.”

Taglietti brought up the example of Amphotericin B, an antifungal developed in 1955 to treat serious fungal infections that is still in use today. While Amphotericin B is used against many types of fungi, its side effects include fever, kidney problems and heart inflammation. “In the field, we call Amphotericin B ‘Ampho-Terrible,’ because it’s a very toxic drug!” Taglietti remarked.

Scynexis’ lead candidate is an antifungal called Ibrexafungerp, which works by inhibiting glucan synthase. “Fungi are surrounded by a hard shell, like the shell of an egg that protects the chick inside,” Taglietti explained. “The shell is made of glucan, which is made [through] an enzyme called glucan synthase.”

By blocking glucan synthase, the hard protective fungal shell breaks down - therefore killing the fungi. Because glucan synthase is specific to fungi, this approach does not concurrently destroy human cells as previous drugs have done.

While Ibrexafungerp has demonstrated efficacy against several resistant fungal strains (like Candida and Aspergillus), Taglietti also mentioned the importance of interventions at the policy level to ensure equitable access and distribution of these novel drugs. One mechanism of intervention is that of antibiotic stewardship, which is the effort to improve antimicrobial drug prescription to stem unnecessary use and thus combat resistance.

“Once you have the first few [bacteria or fungi] become resistant, the selective pressure makes this grow in an exponential way,” Taglietti said. “How to address this? Well, it’s a combination of the companies working to develop novel antibiotics or trying to use the best antibiotics (which is what stewardship is all about, using the right antibiotic for the right pathogen). And, the third is really the political will of investing in these products to make sure that they are distributed equally.”

Perros echoed these sentiments, adding that financial motivations should also be updated to encourage careful antimicrobial use. “You can’t expect that a new antibiotic that treats thousands of patients will be priced and reimbursed in the same way as a prospective antibiotic that has been on the market for decades and treats millions,” he said. “That’s the change in mindset, I would say, from the community, the change in policy from the government and regulatory agencies, but mostly payers. And really the change in mindset for the scientists, which should follow. But there needs to be a market for investors to invest in.”

Taglietti noted two new pieces of legislation that aim to aid in the development of new antimicrobials: the DISARM act and the PASTEUR act. Both acts propose financial incentives for the careful and precise use of new antibiotics in situations where they are needed. While the pace of congressional approval is slow, Taglietti mentioned that there is bipartisan support.

“We do need to stay ahead of the threat,” Perros said. “And I do believe that making those proactive changes, to encourage innovation and to create the market for new antibacterials [or antimicrobials] is going to be important for us to stay ahead of the next pandemic.”