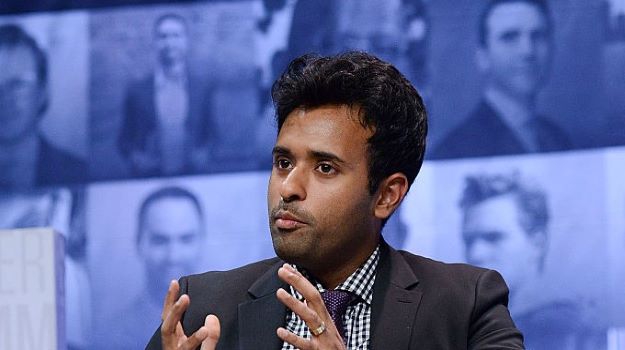 Vivek Ramaswamy, the founder of biotech spinout machine Roivant Sciences, has stepped down as company CEO to become executive chairman of its board. Ramaswamy told shareholders the move was to separate himself from Roivant’s day-to-day operations in part due to his “increasing public engagement.” Ramaswamy has written a number of high-profile commentaries in The Wall Street Journal.

Matt Gline, who had been Roivant’s chief financial officer, will move into the CEO role. Gline was previously a vice president at Goldman Sachs and Barclays Investment Bank and cofounded the risk analytics technology and consulting company fourthree.

What does Vivek Ramaswamy Says?

In a letter to investors, Vivek Ramaswamy said Gline has been effectively running day-to-day operations with the rest of Roivant’s senior management team since the launch of a partnership with Sumitomo Dainippon Pharma in 2019, at which time Ramaswamy transitioned to “overseeing key strategic decisions.”

The personnel change happens at what Vivek Ramaswamy describes as “the strongest position in our history as a company,” citing “a cash position of approximately $2 billion which empowers us to think for the long run.”

He also pointed to advances in Roivant subsidiaries’ clinical pipelines, adding, “We are on the cusp of embarking on our first wholly-owned commercial launch with tapinarof. We are not only developing drugs but have also invested aggressively to discover new drugs in-house by using cutting-edge computational approaches.”

Vivek Ramaswamy said in the new position, he plans to focus on developing large collaborations and on Roivant’s recent pivot away from in-licensing assets and toward drug discovery. As part of that pivot, the company announced last month a new protein degradation platform powered by VantAI, its computational drug discovery platform, along with the acquisition of protein degradation company Oncopia Therapeutics.

A protein degrader candidate is expected to move into the clinic this year. Roivant’s subsidiaries have at least 20 ongoing clinical programs across multiple disease areas.

Incoming CEO Gline will oversee the new approach, driven by improvement in Roivant’s ability to identifying drug targets internally. “Roivant has always been modality agnostic and therapeutic area agnostic, and we are applying that same philosophy to our discovery work, with efforts spanning small molecules and biologics,” said Gline.