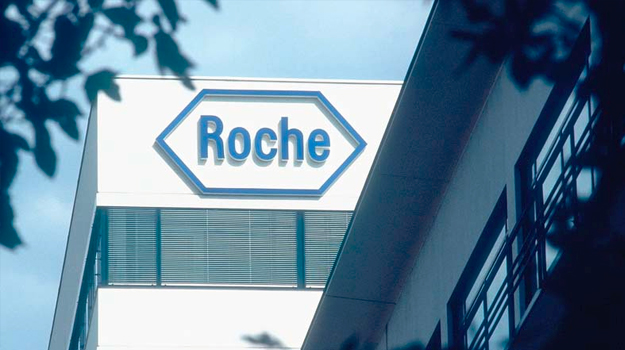 nAMD is a disease of the eye, an advanced form of AMD that results in rapid and severe vision loss. It affects about 17 million people globally. It is the result of the growth of abnormal blood vessels in the macula. The blood vessels leak fluid and blood and cause scar tissue that destroys the central retina.

STAIRWAY evaluated two extended dosing regimens of faricimab over 52 weeks. One dose was 6.0 mg every 16 weeks or every 12 weeks, compared to Genentech’s Lucentis (ranibizumab) 0.5 mg every four weeks.

At the one-year mark, patients receiving faricimab every 16 weeks or 12 weeks had sustained vision comparable to ranibizumab dosed every four weeks.

“Because current anti-VEGF monotherapies for neovascular AMD are burdensome, requiring frequent clinic visits for eye infections, some people are under-treated and experience subsequent declining vision over time,” said Sandra Horning, Roche’s chief medical officer and head of Global Product Development, in a statement. “The STAIRWAY data show the potential of faricimab to allow fewer injections while achieving and sustaining the same visual gains seen with a current standard of care.”

Roche plans to launch a global Phase III program for the drug in nAMD.

Faricimab and the investigational Port Delivery System (PDS) are also being investigated in three other studies. ARCHWAY is a Phase III trial of the PDS with ranibizumab. PDS is a small, refillable eye implant, slightly bigger than a grain of rice, which allows nAMD patients to go six months without needing a refill.

The other two pivotal Phase III trials of faricimab are RHINE and YOSEMITE and currently open and enrolling. They are investigating the safety and efficacy of the drug compared with Regeneron’s Eylea (aflibercept) in patients with diabetic macular edema (DME). They are expected to begin in 2019.

For the primary endpoint at one year, 80 percent and 65 percent of patients given Eylea on an every 8-week and every 16-week interval, respectively, showed a two-step or greater improvement on the Diabetic Retinopathy Severity Scale compared to only 15 percent on the patients receiving the sham (placebo) injection.

The two key secondary endpoints were the drug showing reduced vison-threatening complications by 82 to 85 percent and the development of center-involved diabetic macular edema by 68 to 74 percent compared to the sham injection.

“Blindness caused by diabetes is one of the most feared consequences of this disease,” said George D. Yancopoulos, president and chief scientific officer of Regeneron, in a statement. “In this trial of patients with diabetic eye disease and normal vision, it is notable that without treatment more than one-third of patients developed a vision-threatening complication or diabetic macular edema within one year.”

Diabetic retinopathy affects about eight million people. It results in microvascular damage to the blood vessels in the retina, usually caused by poor blood sugar control in diabetic patients. It often starts as NPDR without any symptoms. This can progress to PDR, where the abnormal blood vessels grow onto the surface of the retina, which can cause severe loss of vision.

Eylea brought in $3.7 billion in the U.S. in 2017. It’s dominant in the eye-disease market, but Genentech’s prefilled syringe treatment is showing signs of competition. The FDA approved its Lucentis (ranibizumab injection) 0.3 mg prefilled syringe (PFS) for all forms of diabetic retinopathy in March 2018.

The Lucentis PFS is manufactured of borosilicate glass and packaged in a single-use sterile, sealed tray. This is designed to avoid steps for the doctors, who just open the package, snap off the syringe cap, attach the needle and adjust the dose.