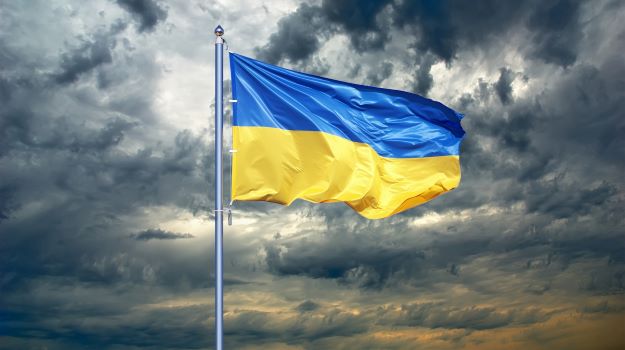 In a Q1 earnings call, Roche expressed concern about disrupted clinical trials in Russia and Ukraine. The war has shattered plans for a variety of clinical trials for neurological diseases and other indications, but Roche is particularly concerned about fenebrutinib, a drug it is developing for multiple sclerosis (MS).

Roche isn’t the only pharma company now facing problems, either—the pharma industry has long used Eastern Europe as a heavy recruiting ground for clinical trials, and now, as the fighting continues, that is backfiring. Between 20% and 30% of the patients enrolled in the Phase III clinical study evaluating fenebrutinib are located in either Ukraine or Russia, the company said. Roche has halted recruitment for trials in Russia.

As Ukrainians flee the country, are killed in civilian attacks or are unable to obtain treatment, Roche is looking to recruit other clinical trial participants in countries where it is already conducting studies. It is also expediting additional patients into existing sites.

“Both Ukraine and Russia historically have been very important contributors to clinical trials for patients with neurological disorders such as multiple sclerosis, " Bill Anderson, head of Roche’s pharmaceutical division, told reporters following the sales report.

There are several reasons why Eastern Europe has proven to be a hotspot for neurological clinical trials, with one harkening back to the Cold War. When the Soviet Union collapsed, researchers began collaborating again. According to the Wall Street Journal, scientists from Western Europe and the United States realized that Soviet researchers had developed “techniques and molecules unseen in the West.”

Once the Iron Curtain fell, Soviet-started companies had larger audiences to whom they could sell their products. Scientists from former USSR bloc countries began working with Western drug developers and universities, eventually starting pharma companies like Enamine, which was founded in Kiev.

Generally, Eastern European countries are attractive to pharmaceutical companies because medical staff are well trained. The ethnic composition of Russia and Ukraine is also similar to the United States—i.e., mostly Caucasian – and therefore considered more representative, as opposed to clinical trials conducted in China or India, a U.S. Food and Drug Administration requirement that has been in the news as of late. Because of the similar demographics, data from Ukraine and Russia is more to lead to drug approvals in countries like the United States and Canada.

Some darker reasons also exist for why companies choose to recruit clinical trial candidates from Ukraine and Russia. Eastern European countries tend to have a lower cost of doing business, making the region more attractive for companies like Roche and Merck.

Additionally, access to healthcare is more difficult, so patients are more willing to sign up for trials in the hopes that they will receive better care than what local hospitals are able to offer. Trials performed by big pharmaceutical companies in these countries not only provide access to cutting-edge experimental drugs but also standard-of-care treatments that are hard to come by. So even if patients don't receive the new drug, their treatment options are still better than they may have normally received, said Jefferies analyst Chris Howerton.

Roche isn’t the only company to overly rely on Eastern Europe. Reuters estimates that around 10% of the world’s clinical trials happen in Ukraine, Russia and surrounding countries. Ukraine alone had more than 502 clinical trials being conducted when Russia invaded, and about 100 of those were being conducted by Roche and Merck.

But the over-reliance on Eastern Europe is no longer a sound strategy. The war has disrupted the progress of fenebrutinib, which has shown promise. Roche presented at the 37th Congress of the European Committee for Treatment and Research showing that the drug reduced disease activity in a mouse model of inflammatory MS.

Chicago-based AbbVie has stopped all plans for new clinical trials and has halted patient enrollment in all current studies in both Russia and Ukraine. Novartis has suspended capital investments, media advertising and other promotional activities in Russia as a form of protest against the invasion. Pfizer, Abbott, Merck, Bayer and Eli Lilly have also halted most business operations, with Merck saying it would stop all investments made in Russia.

While Roche struggles with the stall in fenebrutinib clinical trials, there is still positive news for the company in this space as its marketed multiple sclerosis drug, Ocrevus (ocrelizaumab), has made a splash in the market. In Q1 2022, Roche said its pharmaceutical division saw a 6% bump in sales, largely driven by Ocrevus, which earned more than $1.5 billion.