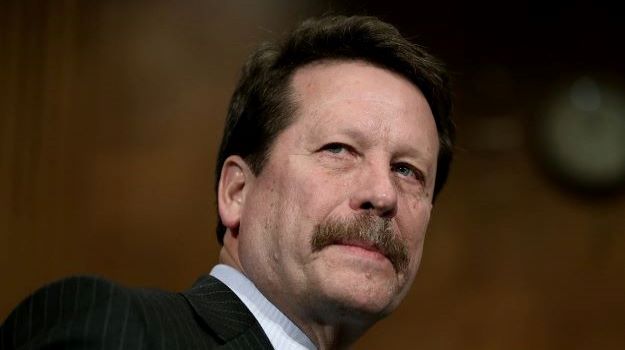 Former Food and Drug Commissioner Robert Califf is one step closer to returning to his old office after the Senate Health, Education, Labor and Pensions Committee advanced his nomination in a 13–8 bipartisan vote.

A cardiologist, Califf previously served as FDA commissioner in the administration of President Barack Obama. He held the role from February 2016 to January 2017. Current President Joe Biden, who served as vice president under Obama, tapped Califf for the role in the fall of 2021 as acting Commissioner Janet Woodcock’s temporary time in the role was running out.

“Dr. Robert Califf is one of the most experienced clinical trialists in the country and has the experience and expertise to lead the Food and Drug Administration during a critical time in our nation’s fight to put an end to the coronavirus pandemic. I am confident Dr. Califf will ensure that the FDA continues its science and data driven decision-making,” Biden said in a statement when he nominated Califf.

Sen. Patty Murray, a Washington Democrat and chairperson of the HELP Committee, said that the men and women at the FDA “working diligently to ensure we have safe and effective vaccines, tests, treatments, and more, deserve a strong leader who will make sure science always comes first,”  Roll Call reported.

With the nod from the committee, Califf’s nomination now moves to the full Senate. The last time he appeared before the full body of the chamber, Califf was confirmed for the role in an 89–4 vote.

While Califf has, so far, enjoyed bipartisan support, he also has some bipartisan opposition to returning to the head of the regulatory agency. Sen. Edward Markey, a Massachusetts Democrat, expressed concern about failures at the FDA to regulate opioid drugs effectively. In a public letter, Markey said he met with Califf in December to discuss his concerns over opioid regulation and sought commitments to strengthen regulations surrounding the approval of the drugs to include mandatory prescriber education and an independent advisory committee for opioid approvals.

“During our meeting, Dr. Califf did not commit to the decisive and comprehensive action necessary to ensure reforms that the FDA, under his leadership, would implement on opioid regulation. After years of agency failures and in the midst of a worsening opioid epidemic, we need FDA leadership that is fully committed to utilizing the agency’s full oversight authority to protect public health,” Markey wrote in his letter.

Sen. Bernie Sanders, a Vermont independent, also opposed advancing Califf’s nomination. Sanders has been an outspoken critic of high drug prices. In a statement announcing his opposition to Califf, Sanders said the FDA needs leadership “that is finally willing to stand up to the greed and power of the pharmaceutical industry.” Sanders said the FDA has become too close to the industry and expressed concern over Califf’s ties to the pharmaceutical industry.

“Shockingly, nine out of the last ten FDA Commissioners went on to work for the pharmaceutical industry or to serve on a prescription drug company’s board of directors,” Sanders said. “Unfortunately, Dr. Califf is not the exception to that rule. After leaving the FDA in 2017, he received consulting fees from Merck, Biogen and Eli Lilly. According to his financial disclosure form, he owns up to $8 million in the stocks of major drug companies. That is exactly the close relationship Big Pharma has exploited to regulate the FDA, instead of the FDA regulating them.”