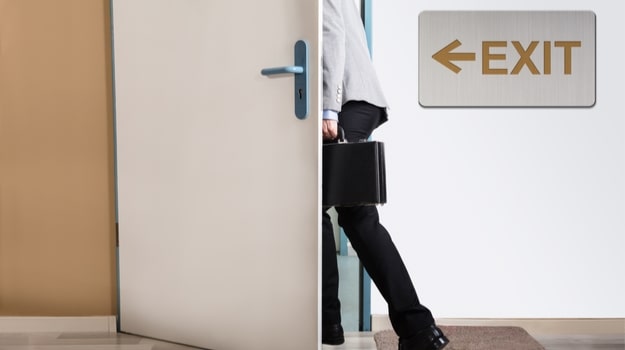 Rick Bright was the head of the Biomedical Advanced Research and Development Authority (BARDA), who was reassigned in April after raising concerns about the Trump administration’s COVID-19 response and nepotism in the Department of Health and Human Services (HHS). Bright resigned from the federal government yesterday.

In his April whistleblower complaint, Bright alleged that his early warnings about the dangers of the pandemic were ignored and that his opposition to President Trump’s touting of the malaria drug hydroxychloroquine as a treatment, cure and preventative for COVID-19 led to his removal from his position at BARDA. In a meeting with reporters after filing the complaint, Bright said, “I was pressured to let politics and cronyism drive decisions over the opinions of the best scientists we have in government.”

Bright’s attorneys, Debra Katz and Lisa Banks, stated yesterday that his whistleblower complaint had been updated, including allegations that at his new position at the National Institutes of Health (NIH) he was not given meaningful work and that his recommendations were ignored due to “political considerations.”

They wrote, “Dr. Bright has been assigned no meaningful work since September 4, 2020, when he completed the one assignment given to him at NIH, and has been idle for weeks. Having exhausted all efforts, on October 6, 2020, Dr. Bright submitted his involuntary resignation.”

CNN obtained Bright’s most recent performance review from May 2019, which offered rave reviews and no criticisms of his management of BARDA.

The Office of Special Counsel, whose job it is to review whistleblower complaints, recommended Bright be reinstated to his job at BARDA pending a full investigation, but HHS ignored that recommendation.

Bright received a BS in Biology and Physical Sciences from Auburn University at Montgomery and a Ph.D. in Immunology and Virology in 2002 from Emory University School of Medicine. He began his career as an immunologist at Altea Therapeutics, then joined the U.S. Centers for Disease Control and Prevention (CDC) as a Research Scientist, Immunology in 1998 until 2006. In his work at CDC, he “focused on the development and implementation of novel assays to study molecular correlates and pathways of pathogenicity and immunogenicity of influenza viruses, particularly highly pathogenic avian influenza H5N1 viruses.”

He then moved to Novavax as vice president, R&D, Global Influenza Programs for two years, then PATH, acting as director, Vaccine Capacity Building in Vietnam. In 2011, Bright joined HHS as Branch Chief, Antiviral Drugs Advancement Development, Influenza Division, HHS/OS/ASPR/BARDA, where he progressed through various roles to become director of BARDA on November 2016.

Bright will appear in an upcoming documentary, “Totally Under Control,” which is expected to be released next week. The documentary looks at the Trump administration’s handling of the pandemic.

Trump has repeatedly dismissed Bright as a “disgruntled” employee. Other government officials have supported Bright’s criticisms of how the Trump administration handled the pandemic, including Olivia Troye, an adviser to Vice President Mike Pence on the coronavirus response before she left the White House this summer. In September, Troye released a video testimony about the president’s handling of the pandemic. Trump responded with, “She was on the [COVID-19] task force as some kind of lower-level person.”

She was, in fact, Pence’s homeland security adviser and one of the White House officials on the COVID-19 task force from the very beginning.

Katz and Banks, in their statement about Bright’s resignation, said, “Dr. Bright was forced to leave his position at NIH because he can no longer sit idly by and work for an administration that ignores scientific expertise, overrules public health guidance and disrespects career scientists, resulting in the sickness and death of hundreds of thousands of Americans.”