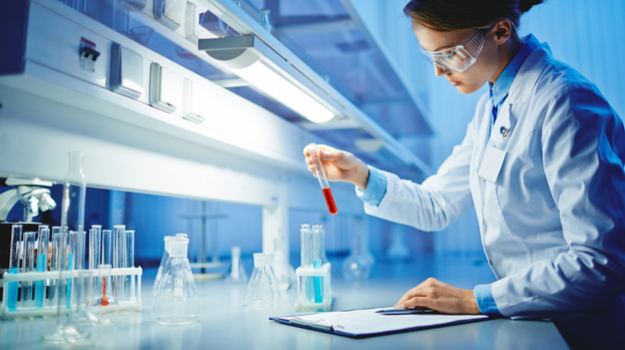 We are increasingly finding out more and more about how genes are controlled. A new model involving so-called condensates, has gained new support. Condensates are specialized droplets that have physical interactions between proteins and DNA. These condensates appear to contain the machinery needed to copy DNA into RNA. They often cluster at particularly active genomic regions in the cells.

“This study provides a fundamentally important new approach to deciphering how the ‘dark matter’ in our genome functions in gene control,” stated Richard Young, an MIT professor of biology and member of the Whitehead Institute, one of the study’s senior authors.

Although every cell in an organism has an identical genome, different cells, such as heart cells or brain cells or muscle cells, express different subsets of those genes. Many of the genes are located close to super enhancers, which bind to proteins called transcription factors, which then stimulate nearby genes to copy into RNA.

“Creating these local high concentrations within the crowded environment of the cell enables the right material to be in the right place at the right time to carry out the multiple steps required to activate a gene,” stated Benjamin Sabari, a postdoctoral student at MIT and another lead author of the study. “Our current study begins to tease apart how certain regions of the genome are capable of pulling off this trick.”

An MS Drug May Be Useful for Treating Brain Cancer

Glioblastoma is very difficult to treat and there have been several recent clinical trial failures for new drugs. However, recent research by scientists at the University of California, San Diego School of Medicine in mice took a unique approach that shows a lot of promise. They tested two targeted cancer drugs, BKM-120, which is most effective in glioblastoma cells that lack the PTEN enzyme, and lapatinib, which is most effective in treating cancers with mutations in the Epidermal Growth Factor Receptor (EGFR). Using BKM-120 alone, the tumors decreased moderately, and the mice had longer survival times, compared to either placebo-treated mice or teriflunomide-treated mice. However, when dosed with both Sanofi’s multiple sclerosis drug Aubagio and BKM-120, tumors showed much more significant shrinkage with significantly longer survival.

The microbiome is the trillions of microorganisms that live in the human body. They are increasingly being linked to a broad range of diseases. And now we maybe know even more. Researchers at Stanford University School of Medicine discovered that the human microbiome produced tens of thousands of tiny proteins that have previously gone unnoticed. They belong to more than 4,000 new biological families, and play numerous roles, including cell-to-cell communication, and day-to-day housekeeping duties.

The Role of the Blood-Brain Barrier in Alzheimer’s

The Links Between High-Fat Diets, Gut Bacteria and Insulin Resistance

Although it’s generally well-understood that obesity can lead to insulin resistance and type 2 diabetes, the mechanisms behind it aren’t completely clear. Researchers found that a high-fat diet influences one part of the gut immune system called B cells that produce a protein called IgA. IgA is crucial to regulating gut bacteria and acts as a defense mechanism that neutralizes potentially dangerous bacteria. Also, in patients who underwent bariatric surgery, increased levels of IgA were found within the patients’ stool samples shortly after the procedure.

It’s well-documented that exposure to violence, social conflict and other types of stress increase the risk for psychiatric disorders like depression and post-traumatic stress disorder. New research found that the behavior of oligodendrocytes, the glial cells that produce the myelin sheath that protects nerve fibers, plays a key role in how we respond to that stress. Working with mice, researchers at CUNY found that the number of mature oligodendrocytes and the content of myelin between two groups of mice were different in groups that were given identical social-defeat stress, but the ones who were more resilient had different oligodendrocyte levels. The research suggests that glial cell dysfunction might be a cause of stress-related mental disorders.

Neuropsychiatric symptoms of lupus include cognitive impairment, mood disorders, seizures, headaches and psychosis. They affect as many as 80% of adults and 95% of children with lupus. Researchers have identified a specific antibody target related to these symptoms. The antibodies were directed at regulatory brain cytoplasmic RNAs (BC ribonucleic acid) unique to lupus patients. In addition to adding understanding of the disease, it may lead to treatments that block or suppress these antibodies.