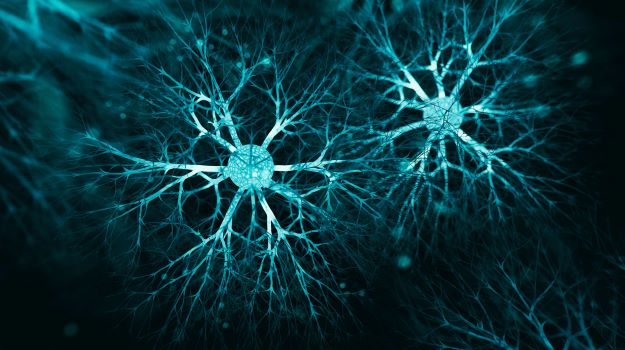 Why Some Neurons Die and Not Others in Alzheimer’s Disease

Researchers with the Gladstone Institutes identified molecular clues that help illuminate why some neurons degenerate and die in Alzheimer’s disease, while others don’t. They found that neurons with high levels of the protein apolipoprotein E (apoE) are more sensitive to degeneration, which is linked to apoE’s regulation of the immune-response cells within neurons. ApoE has long been a target of investigation with Alzheimer’s disease, particularly since people carrying the form of apoE called apoE4 are more susceptible to Alzheimer’s disease.

They utilized single-nucleus RNA sequencing, which shows the ways different genes in any specific cell are expressed and converted into RNA. They could then compare individual cells within a cell type, in addition to across different cell types.

The research was published in the journal Nature Neuroscience.

In their research, they found that in both mice and human neurons, high levels of apoE switched on genes in the major histocompatibility complex class-I (MHC-I). This complex is part of a pathway that eliminates surplus synapses during brain development. It may also signal to the immune system that there are damaged neurons and synapses in the adult brain.

“We think that, normally, apoE turns on the expression of MHC-I in a small number of damaged neurons to produce ‘eat me’ signals that mark the neurons for destruction by the immune cells,” said Yadong Huang, senior author of the study. “You don’t want to keep damaged neurons around because they could malfunction and cause problems.”

And in Alzheimer’s disease, they believe this process for removing damaged neurons might become overactivated in a larger number of cells, which can lead to the progressive loss of neurons.

Esophageal Cancers Turn on Ancient Retroviruses Hidden in the Genome

Investigators at Columbia University found that many esophageal cancers switch on ancient viral DNA embedded in our genome from millions of years ago. These bits of ancient retroviruses are called endogenous retroviral elements (ERVs) and their role in cancer is not new. They have degraded over the centuries and can’t produce viruses, but sometimes they are inserted into other genes, where they disrupt their normal activities, or turn on some cancer-causing genes.

They also believe that ERVs might fight cancer if transcribed into strands of RNA. In this study, working with esophageal organoids from mouse tissue, they found a specific cancer-promoting gene in esophageal cancers called SOX2 that stimulates expression of many ERVs, and the accumulation of it can be toxic to cells.

Investigators with the Garvan Institute of Medical Research conducted experiments using fat tissue biopsies from obese people. They blocked a specific receptor of the neuropeptide Y (NPY), whose function is to help regulate heat production. The Y receptor basically acts as a brake for heat generation in the body. They found that by blocking this receptor in fat tissues, it transformed the “energy-storing” fat into “energy-burning” fat, which turned on heat production and decreased weight gain. They also found that Y1 receptors were created at higher levels in the fat tissue of obese individuals. They used the experimental drug BIBO3304 in a mouse model of obesity.

The mice that received the drug and were fed a high-fat diet gained about 40% less body weight over seven weeks than mice on a high-fat diet alone. They also tested it on human fat cells isolated from obese individuals and discovered that the cells started to switch on the same genes involved in producing heat as the ones in mice. Another finding was that BIBO3304 did not cross the blood-brain barrier.

The Infectious Disease Research Institute (IDRI), Duke Human Vaccine Institute, and 3M have worked together on a potential vaccine that might be able to protect against multiple variants of SARS-CoV-2, the virus that causes COVID-19, as well as several other coronaviruses. They published their research in Nature. The vaccine integrates a nanoparticle created by a Duke-led research team along with the IDRI’s formulation of 3M’s “3M-052,” which is a compound that stimulates increased levels of “broadly neutralizing antibodies” against several coronavirus strains, including bat coronaviruses.

They tested the vaccine against batCoVs, SARS-CoV-1 (SARS), SARS-CoV-2 (COVID-19), and SARS-CoV-2 variants B.1.1.7 (UK variant), P.1 Brazilian variant), and B.1.351 (South African variant) in macaque upper and lower respiratory tracts. The authors noted that the vaccine stimulated cross-neutralizing antibody responses against all of them.

A Map of the SARS-CoV-2 Genome

Scientists with the Massachusetts Institute of Technology (MIT) created the most complete gene map of the SARS-CoV-2 genome to date. The full genome was sequenced in early 2020, and many genes were already known, but a full understanding of the proteins that it coded for was incomplete. In the new map, they confirmed several protein-coding genes and described some genes that do not appear to code for any proteins. They also analyzed almost 2,000 mutations that have appeared in various samples of the virus since it began infecting people, which allowed them to calculate the virus’s rate of mutations and how important they may be in making the virus more lethal or contagious.

The genome is made up of about 30,000 RNA bases. The virus belongs to a subgenus of viruses known as Sarbecovirus, most of which infect bats. They also analyzed SARS-CoV, which causes SARS, and 42 strains of bat sarbecoviruses.

For example, the investigators identified a region of the virus’s nucleocapsid protein, a part that surrounds the virus’s genetic material. This region had more mutations than expected from historical evolutionary patterns. As it turns out, this protein region is a target of human B-cells. They believe that mutations in this region may help the virus hide from the human immune system.

“The most accelerated region in the entire genome of SARS-CoV-2 is sitting smack in the middle of this nucleocapsid protein,” said Manolis Kellis, senior author of the study and a professor of computer science in MIT’s Computer Science and Artificial Intelligence Laboratory (CSAIL) and a member of the Broad Institute of MIT and Harvard. “We speculate that those variants that don’t mutate that region get recognized by the human immune system and eliminated, whereas those variants that randomly accumulate mutations in that region are in fact better able to evade the human immune system and remain in circulation.”