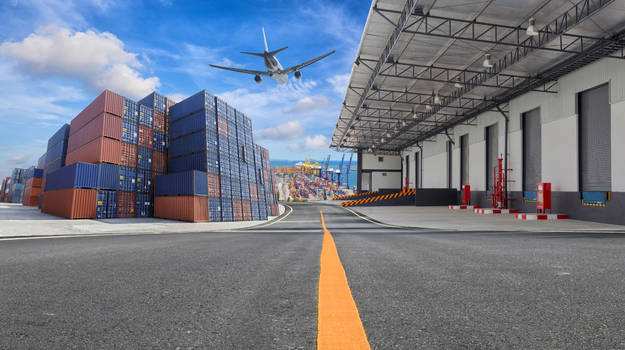 China is the largest supplier of active pharmaceutical ingredients (API) in the world, supplying 40 percent of APIs to global pharma companies. These are the parts of drugs that produce clinical effects. And a recent series of scandals and issues related to drug manufacturing in China has highlighted how many problems this could cause the global drug supply chain.

Chinese biopharmaceutical company Changsheng Bio-Technology is under investigation by Chinese regulators for allegedly falsifying data for a number of products. In November 2017, Chinese authorities indicated that two batches of DPT vaccines (diphtheria, whooping cough and tetanus) made by Changsheng and the Wuhan Institute of Biological Products didn’t meet national standards. On July 15, 2018, an unannounced inspection found evidence of forged data related to the company’s manufacture of approximately 113,000 rabies vaccines. At that time the State Drug Administration revoked the company’s license to produce the vaccine and initiated recalls. Production of the vaccine was suspended the next day, and on July 18, the Jilin Food and Drug Administration fined the company 3.4 million yuan ($502,000 U.S.) over the DPT vaccines from the previous year.

On July 20, the Jilin FDA indicated that the Shandong Disease Prevention and Control Centre had about 252,600 substandard DPT vaccines made by the company. Two days later, the People’s Daily, what is described as the “Communist Party mouthpiece” published commentary on the scandal, calling for a thorough investigation. At this time, Chinese Premier Li Keqiang ordered an immediate investigation. This was followed a day later—July 23, 2018—by Chinese President Xi Jinping calling the scandal “appalling” and ordering an investigation.

These are the latest and most dramatic, but recently the European Medicines Agency (EMA) and the U.S. Food and Drug Administration (FDA) published alerts over cancer-causing ingredients being used in a blood pressure drug supplied by Chinese company Zhejiang Huahai, resulting in a recall.

CNBC notes that about 80 percent of APIs used in the U.S. come from China and India.

“Many [Chinese] API companies do not strictly follow established [manufacturing] processes, and do not strictly record data,” John Lin, a partner at EY in China, told CNBC. “Regulatory authorities do not conduct enough spot checks on API producers due to insufficient staff.”

CNBC writes, “Domestic regulators are not required to inspect companies that produce solely for export. Companies importing Chinese APIs are expected to carry out their own tests and report irregularities to regulators such as the FDA and the EMA, who can inspect Chinese producers in China and impose import bans.”

CNBC notes that FDA warnings to Chinese pharma manufacturers have increased from five in 2014 to 22 in 2017. It also reports that Chinese manufacturers fear these warnings and that Peter Baker, a director in the U.S. FDA’s Beijing office, is dubbed “the killer” by people in the industry. Whether that’s just because he’s tough or because China has a history of executing executives for corruption isn’t clear.

Some of the issue appears related to lack of external resources. The U.S. FDA and the EMA have offices overseas that conduct inspections of manufacturing facilities that produce APIs and drugs that are exported. However, the FDA had only 17 staffers in China in 2016, which has 700 facilities that supply to the U.S. Raps, an industry organization focused on healthcare regulation wrote in a report in 2016 that, “Concerns over how FDA can adequately track the drug and API supply chain is starting to worry Congress.”

The FDA has since expanded its China presence to 22 staff members, which isn’t particularly encouraging, given China is a country with a population of about 1.4 billion people that exports $29 billion in APIs in 2017. The EMA says it conducts about 20 to 40 inspections of Chinese API manufactures every year. About 10 percent of those find non-compliance.

The China Food and Drug Administration is trying to toughen standards, and in 2015 introduced a regulatory framework similar to those seen in other countries.

Chen Xi, a professor at the Yale School of Public Health told CNBC that recent scandals “can be a major setback for China’s pharma industry. On the other hand, this scandal can be a good chance if the Chinese government takes this crisis as an opportunity to reform.”