Rack Up Another Win for Dupixent, This One as First Treatment for EoE 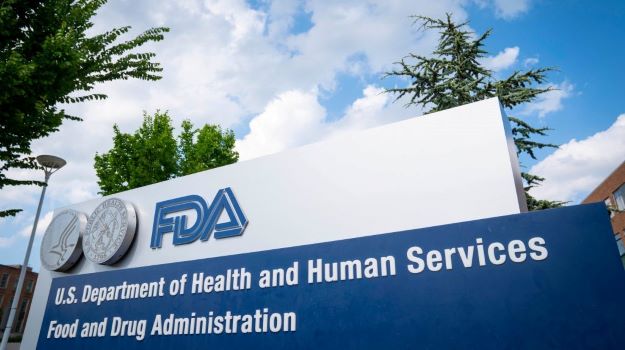 Dupixent picked up another regulatory win Friday afternoon as the U.S. Food and Drug Administration greenlit the monoclonal antibody for the treatment of eosinophilic esophagitis (EoE) in adult and pediatric patients aged 12 years and older. The approval marks the first for EoE, a chronic, progressive type 2 inflammatory disease that damages the esophagus and prevents it from working properly.

It’s estimated that there are more than 300,000 people in the U.S. living with EoE and approximately 160,000 people who are currently treated with therapies not specifically approved for their disease. Because of that, about 50,000 of those individuals treated with off-label drugs are expected to continue to experience symptoms.

Dupixent, which is co-developed by Regeneron and Sanofi, received its latest approval under Priority Review based on data from two Phase III studies assessing the safety and efficacy of a weekly 300 mg dose of the drug. Data from an active long-term extension trial was also included in the supplemental Biologics License Application, which was accepted in April. The data from the studies showed that weekly treatment with Dupixent significantly improved the signs and symptoms of EoE at 24 weeks compared to placebo. Patients saw an improved ability to swallow and also achieved a 60% reduction in eosinophil count in the esophagus, the companies said.

John Reed, global head of research and development at Sanofi, noted that EoE patients have difficulty swallowing food. The difficulty can be so great that, in some patients, there is a fear of pain or choking at mealtime.

“A large unmet need exists for treatment options that can provide meaningful symptom relief. Our Phase III clinical program showed that Dupixent weekly improved the ability to swallow and reduced inflammation in the esophagus, underscoring the role of type 2 inflammation in this complex disease. This is a landmark FDA approval for patients and their caregivers who now have a new option for treating this devastating disease,” Reed said in a statement sent to BioSpace.

Regeneron Chief Scientific Officer George Yancopoulos said it is gratifying to see that Dupixent, which was created in Regeneron’s labs, has been approved for another disease driven by type 2 inflammation. Yancopoulos said this latest approval in EoE reinforces the “promise of targeting IL-4 and IL-13 to effectively treat diseases with underlying type 2 inflammation.”

Dupixent was first approved by the FDA in 2017 for adult patients with moderate-to-severe atopic dermatitis. Since then, it has gone on to pick up multiple approvals for other inflammatory indications, including uncontrolled moderate-to-severe atopic dermatitis in pediatric patients and also as a treatment for people who have moderate-to-severe asthma characterized by an eosinophilic phenotype or with oral corticosteroid dependent asthma. Dupixent has also been approved for the maintenance treatment of chronic rhinosinusitis with nasal polyposis (CRSwNP) in adults whose disease is not controlled. And that list will continue to grow after Sanofi and Regeneron roared into February with positive Dupixent data in five different indications, including chronic spontaneous urticaria (CSU), EoE, atopic dermatitis, asthma and CRSwNP.

In February, Regeneron and Sanofi posted data from a study of Dupixent in patients with chronic spontaneous urticarial. The study was in patients that had previously reported positive results from the first trial in biologic-naïve patients, not previously treated with omalizumab. Data from the study showed Dupixent significantly reduced itch and hives compared to standard-of-care antihistamines alone. A second study in patients who are refractory to omalizumab was halted after an interim analysis due to futility.

Regarding the latest approval, Jessica Lee, director of the division of gastroenterology in the FDA's Center for Drug Evaluation and Research, said the approval will fulfill an “important unmet need for the increasing number of patients with eosinophilic esophagitis.”