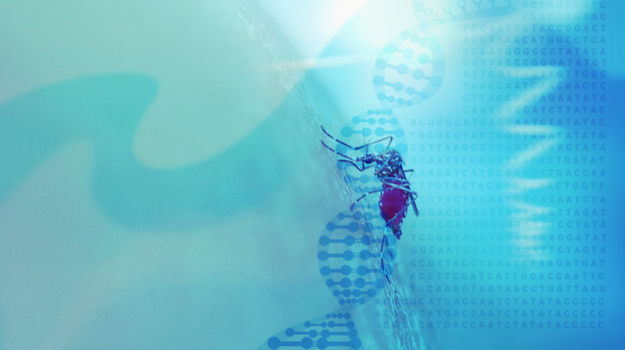 Two antimalarial strategies have been published from Imperial College London in the past month: new compounds that prevent the malaria parasite from infecting mosquitoes and gene-edited mosquitoes that cannot reproduce, leading to population destruction.

Malaria is a potentially fatal disease caused by infection with certain species of the Plasmodium parasite. Female Anopheles mosquitoes are the vectors that the parasite needs to reproduce and infect new human hosts, spreading malaria.

According to the World Health Organization (WHO), there were about 216 million malaria cases within 91 countries in 2016 – 90% of which were in African countries – leading to almost half a million deaths. Initial symptoms, such as fever, chills and headache, begin 10-15 days after being bitten by an infected mosquito and can quickly turn fatal if not treated within 24 hours.

In 2016, about $2.7 billion was put towards malaria control and elimination with about 31 percent coming from governments of endemic countries.

Current treatments and preventions include insecticide-treated nets, regular indoor insecticide spraying, prophylactic antimalarial drugs and antimalarial combination therapy. Vaccines are also being developed in the hopes of being added as a supplementary prevention option.

The leading malaria vaccine developed by GlaxoSmithKline, Mosquirix (RTS,S), was recommended by the European Medicines Agency (EMA) in July 2015 and by two WHO advisory groups in October 2015. Pilot projects in Ghana, Kenya and Malawi were announced in November 2016 with plans to begin vaccinations this year. A competing vaccine by Sanaria, called PfSPZ, was granted FDA Fast Track designation in September 2016.

Although malaria vaccines are being developed, they seem to only be partially effective, with Mosquirix providing protection to about one-third of children. Increasing insecticide and drug resistance, especially to the best available treatment, artemisinin, is forcing scientists to think outside the box for novel antimalarial strategies.

Jake Baum, a cell biology and infectious disease professor at Imperial College London, and his team screened more than 70,000 compounds for those that prevent malaria transmission by blocking parasite maturation in mosquitoes. Six compounds were identified and are being studied further to see if they could potentially become medications.

Current antimalarial drugs cure the patient of malaria by killing the active asexual forms of the Plasmodium parasite but can leave dormant sexual forms of the parasite alone. These dormant parasites can be transferred back to another mosquito upon biting the patient, where the parasite becomes active. Inside the mosquito, it rapidly matures and reproduces, creating a newly infectious mosquito to continue malaria’s spread.

Targeting the transmission of malaria – effectively preventing new mosquitoes from ‘catching’ malaria – will be key to eliminating the disease.

“What we propose is antimalarial drugs that protect mosquitoes, blocking the parasites from continuing their infectious journey,” Baum said in a press release. “By combining such a drug with a conventional antimalarial, we not only cure the individual person, but protect the community as well.”

But identifying specifically active compounds is just the first step. The team is further examining how each compound works, in the hopes that they can become antimalarial drugs in the future.

What if we targeted mosquito, rather than parasite, reproduction to control malaria? This is exactly what Andrea Crisanti, a molecular parasitology professor also at Imperial College London, is studying.

His group used CRISPR-Cas9 to disrupt a gene in the embryos of Anopheles gambiae, the most common mosquito species to infect humans with malaria. This gene, called doublesex, is crucial to female reproduction; females with two mutated copies don’t have fully developed reproductive organs and couldn’t produce eggs or bite.

Males with one mutant gene were bred with normal females and the population was studied over multiple generations. A ‘gene drive’ was created within the population, causing the mutant gene to be favorably passed on. This rapidly created females with two mutant copies who were unable to reproduce, leading to population collapse.

Two populations of 600 mosquitoes were effectively killed off after as little as seven generations, when eggs were no longer made. This gene drive must be tested in a larger population and environment that more closely mimics natural conditions.

“It is estimated in the best-case scenario that, with available technology and significant increase in funding, it will take another 30 to 40 years to eradicate malaria,” Crisanti told Newsweek. “Gene drive may significantly expedite the achievement of this objective.”

Previous attempts at creating gene drives within mosquitoes have been met by resistant mosquitoes, who naturally acquired tamper-resistant versions of the target genes. Crisanti believes mutating the doublesex gene may not easily cause resistance because of its minimal natural variation, possibly due to its crucial role in reproduction.

One would think that killing off an entire species of mosquitoes would be bad for the ecosystem. Although mosquitoes are painted as villains to humans, they do offer some benefits, such as being an important food source in the aquatic food chain and helping to pollinate plants (most mosquitoes actually feed on nectar, not blood). Mosquito species extinction may have a negative effect on the ecosystem, but many scientists believe it will bounce back and a new mosquito species would take the extinct species’ place.