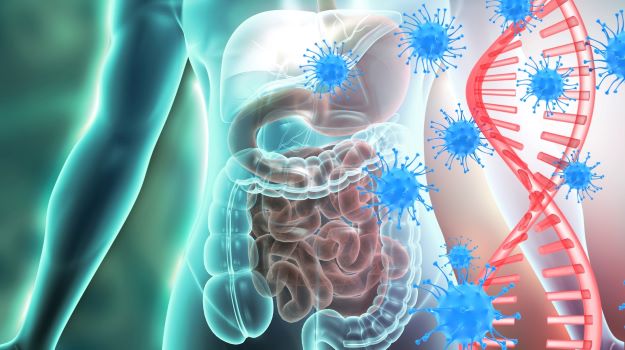 The underlying mechanisms that drive autoimmune diseases are beginning to be uncovered, and as treatments enter clinical settings, hope is granted to patients that experience the heartbreaking reality of a body turning against itself. Two biologic therapeutic candidates have met their primary endpoints in Phase III trials: AstraZeneca’s Ultomiris and Argenx’s Vyvgart.

AstraZeneca released data from the Phase III Champion-NMOSD clinical trial (NCT04201262), which evaluated the efficacy of Ultomiris in patients with anti-aquapoin-4 (AQP4) antibody-positive (Ab+) neuromyelitis optica spectrum disorder (NMOSD). As an autoimmune disease, NMOSD causes the body to attack its own spine and optic nerves, both of which make up components of the central nervous system (CNS).

Relapses of NMOSD can be devastating, as explained by Sean J. Pittock, M.D., lead primary investigator in the Champion-NMOSD trial and director of the Mayo Clinic's Center for Multiple Sclerosis and Autoimmune Neurology and of Mayo's Neuroimmunology Laboratory. “Every NMOSD relapse can have debilitating and irreversible consequences, so reducing relapses is critical.”

The trial used data from a previous study, the Soliris Prevent trial, as an external placebo control. The resulting data set demonstrated a statistically and clinically significant reduction in the number of relapses experienced by participants.

The Phase III trial had an open-label design without masking and began in 2019. The 58 participants of the trial were evaluated for their time to first adjudicated on-trial relapse, the primary outcome measurement. Secondary outcome measurements included participants displaying clinically important worsening in the expanded disability status scale, the adjudicated on-trial annualized relapse rate and incidences of treatment-emergent adverse events that are considered serious or lead to discontinuation of the study. Of the 58 enrolled participants, all met the primary endpoint, with zero relapses over a median treatment duration of 73 weeks.

Adding onto the good news generated for Ultomiris this month, a supplemental Biologic License Application (sBLA) was granted for the drug, indicated for the treatment of adult generalized myasthenia gravis (gMG). The recent sBLA approval marked the third indication to receive a green light for commercialization by the U.S. Food and Drug Administration. Other approvals have been given for Ultomiris as a treatment for paroxysmal nocturnal hemoglobinuria (PNH) in infants over one-month-old and atypical hemolytic uraemic syndrome (aHUS).

Primary immune thrombocytopenia (ITP) is a rare disease that causes a patient to experience easy and/or excessive bruising and bleeding. While no cure exists, there are treatment options that meet some needs. Argenx aims to fill the gap of remaining unmet needs with Vyvgart (efgartigimod alfa-fcab), expanding treatment options.

In the Phase III Advance clinical trial, 78 out of 131 patients were treated with Vyvgart. The remaining participants were assigned to the placebo group. The primary endpoint measured the proportion of patients with chronic ITP that sustained a platelet count greater than or equal to 50x109/L, an important measurement of ITP severity.

The experimental group showed a 21.8% sustained platelet count, predetermined in the primary endpoint. The significance of the improvement is heightened when compared to the 5% of placebo participants that demonstrated the same improvement. The treatment was well tolerated, in addition to demonstrating efficacy.

“These data are very promising as they show that platelet counts can rapidly improve to clinically meaningful levels following Vygart treatment in a proportion of a heavily pretreated patient population. We are excited that targeting pathogenic IgG autoantibodies could represent a new, potential approach to help alleviate the disease burden in this patient community," Broome said.

The Advance trial is the first of two that comprise a larger ITP development program. The second part of this program is the ongoing Advance-SC trial, which evaluates the efficacy of efgartigimod in patients with ITP.