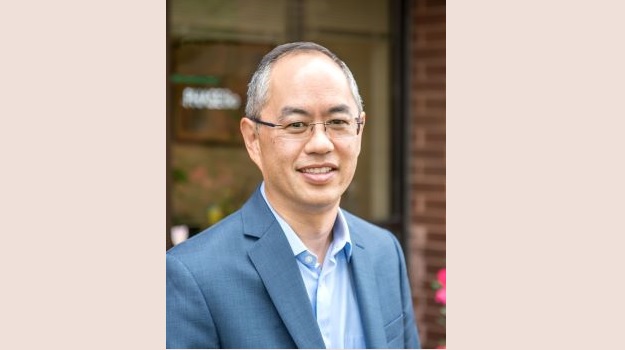 The REVERSE-IT Phase III data, presented at the American Heart Association’s 2021 Scientific Sessions, shows that bentracimab hit the mark with immediate and sustainable reversal of the bleeding effects of Brilinta (ticagrelor) on patients who require an urgent surgery, an invasive procedure, or experience uncontrolled bleeding that could become life-threatening. Data from the study shows a 135% reduction in platelet inhibition within five to 10 minutes and sustained for a 24 hour period, PhaseBio Chief Executive Officer Jonathan Mow told BioSpace in an exclusive interview.

“We’re really excited about what we’ve been seeing,” Mow said.

When PhaseBio pivoted from the type 2 diabetes market, the company sought to enter the cardiovascular space, with a focus on indications that did not have significant competition. The company put together a product profile. They explored various assets and found what they were looking for in bentracimab, which had been in development by AstraZeneca as a complementary drug for Brilinta, a direct-acting P2Y12 receptor antagonist that works by inhibiting platelet activation.

Bentracimab is a novel, recombinant, human monoclonal antibody antigen-binding fragment designed to reverse the antiplatelet activity of Brilinta in major bleeding and urgent surgery situations. Brilinta has been approved for use in more than 100 countries for the prevention of atherothrombotic events in adult patients with acute coronary syndrome, or as a preventative drug for patients who are at high-risk and have experienced a heart attack. Mow said bentracimab checked all the boxes on the company’s list. What’s more, he said they realized that a study in healthy volunteers would be highly predictive of the medication’s potential in late-stage studies with patients in need.

And, that realization has held up through Phase I and Phase II tests and is so far on course to be realized in Phase III.

“We’ve demonstrated that you revert back to normal platelet function within five to 15 minutes after infusion of the drug. For patients with internal trauma or blain bleed, the medication can stop the bleeding almost immediately,” Mow said.

If bentracimab continues to yield the desired results through the rest of the Phase III study, PhaseBio will be on track to file a Biologics License Application in mid-2022. Bentracimab received Breakthrough Therapy Designation from the U.S. Food and Drug Administration in 2019. Given the unmet need for these bleeding emergencies, Mow speculated that bentracimab could be examined under expedited review, which means approval could come at the end of 2022 or in early 2023.

In addition to hitting the primary reversal endpoint, bentracimab also met the co-primary endpoint of clinical hemostasis achieved in greater than 90% of patients. In the Phase III study, bentracimab appeared well tolerated with no drug-related serious adverse events.

“Safety is so important in this patient population. The last thing you want is a reversal agent with complications,” Mow said.

The Phase III data supported recent topline data from the Phase IIb clinical trial of bentracimab announced earlier this month. The Phase IIb study was conducted concurrently with the REVERSE-IT study, which was agreed upon by the FDA. The company was allowed to conduct the concurrent studies in order for the regulatory agency to see 300 exposures to the drug across its clinical work. Because bentracimab is used in an emergency event, the FDA knew it would be difficult to see larger numbers in a Phase III study, Mow said. The enrollment process for clinical trials assessing reversal assets can be long and challenging. For PhaseBio, that was further complicated by the ongoing COVID-19 pandemic. Mow joked that the Phase III study began in March 2020, “the day the world shut down.” Over the next several months the company was able to recruit the patients it needed to fill the study. However, Mow noted that the Phase III enrollment favored the surgical patients as opposed to the active bleeding patients due to COVID-19 conditions.

In addition to the development of bentracimab, PhaseBio is also studying pemziviptadil (PB1046), a once-weekly vasoactive intestinal peptide receptor agonist for the treatment of pulmonary arterial hypertension, a proliferative disorder of the pulmonary vasculature. Earlier this year, PhaseBio presented data from a Phase Ib/IIa pilot study highlighting three PAH patients who received pemziviptadil. The data showed a favorable safety profile, as well as clinically-meaningful, long-term improvement in a six-minute walk test.

PhaseBio is also developing PB6440, an oral agent for the treatment of resistant hypertension.

For now, though, the focus is on bentracimab. Following the potential filing of a BLA, Mow said the company will likely look for partners outside of the United States who can commercialize the medication in countries where Brilinta has been approved.

“Brilinta is approved across the world and we want bentracimab to be available for use where it is,” Mow said.