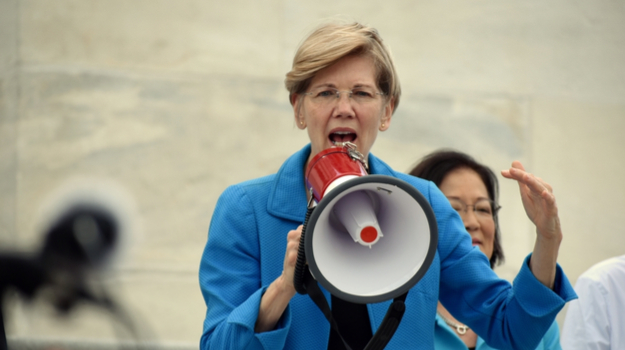 Pharmaceutical companies traditionally adjust the price of drugs twice a year, so it wouldn’t normally be a hot topic. But drug prices have been a controversial subject for several years, especially in politics. Senator Elizabeth Warren (D-MA) recently announced the launch of presidential run shortly after proposing The Affordable Drug Manufacturing Act, which would allow Health and Human Services (HHS) to manufacture or contract out generic drug manufacturing. Drug pricing will once again likely be a sizzling political talking point this year.

With that backdrop, a number of big pharma companies raised their drug prices today. Allergan increased more than two dozen drugs by almost 10 percent. Many of the drug prices were “relatively modest,” according to FOX Business, but some were “particularly high, including on some generics.”

According to analysts, the average increase was 6.3 percent, with some doses of the same drug receiving different price increases. Allergan raised the price of 51 drugs, 27 by approximately 9.5 percent and 24 by about 4.9 percent.

In 2016, Allergan’s chief executive officer Brent Saunders had indicated the company would only increase drug prices once a year and keep them under 10 percent as part of a “social contract” with patients. Of the recent increases, the company stated it was “committed to responsible pricing principles.” Similar rate changes had been made at the beginning of 2017 and 2018.

GlaxoSmithKline raised the prices on 36 drugs, but all the price increases were 3 percent or lower.

Hikma Pharmaceuticals raised the price of morphine by 10 percent and its blood pressure drug enalaprilat by 30 percent. The company told The Wall Street Journal, “These are small increases that enable us to continue operating a sustainable business that serves hospitals, doctors and patient needs for high quality medications.”

According to STAT, Wyden’s primary issue with Pfizer is that the U.S. Food and Drug Administration (FDA) granted Pfizer six months of additional exclusivity after Lyrica was approved for pediatric seizures. If it hadn’t received the extension, Lyrica’s patent protection would have run out at the end of 2018.

Wyden has proposed a bill, the Stopping the Pharmaceutical Industry from Keeping Drugs Expensive (SPIKE) Act, which has stalled in the Finance Committee. It would require pharma companies to justify price increases. Wyden has had a long and testy relationship with the drug industry, in particular with Pfizer.

Despite the Democrats taking control of the House, and Senator Chuck Grassley (R-Iowa) taking over leadership of the Senate Finance Committee, the bill may go nowhere. A spokesperson for Sen. Grassley told STAT, “As written, it sounds like it opens the door to price controls. Sen. Grassley opposes federal price controls on prescription drugs, which ultimately limit access for consumers and don’t work in the long-run to keep prices down.”