Biopharma Giants Back Launch of AMR Fund with $1 Billion 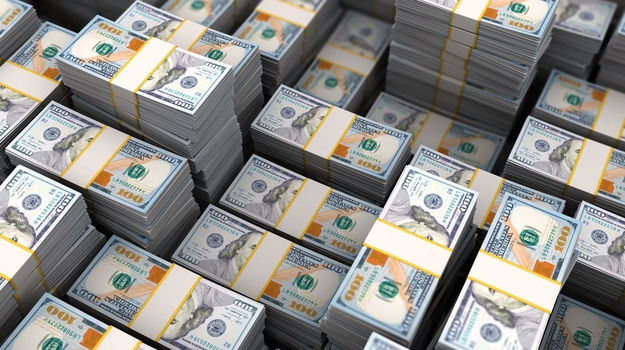 COVID-19 swept across the globe in a matter of months infecting millions of people. With few treatment options currently available, it is a stark reminder of the growing concern about antimicrobial-resistant infections. As the industry has pivoted to tackle COVID-19, so too is it marshaling its forces against this threat.

A collective of pharmaceutical companies, including Pfizer, Merck, GlaxoSmithKline and Johnson & Johnson, has pledged financial support of approximately $1 billion to support the Antimicrobial Resistance Action Fund. On Thursday, Pfizer and J&J both pledged $100 million to support the Fund, the same day the fund formally launched. The AMR Action Fund is a ground-breaking collaboration of more than 20 biopharmaceutical companies who have a goal to bring two to four new antibiotics to patients by 2030 through collaboration between pharmaceutical companies, philanthropies, development banks, and multilateral organizations to reinvigorate and accelerate antibiotic development.

The fund will be used to address the growing need for new antibiotics due to the rapid rise of antibiotic-resistant infections due in part to the broad use of antibiotics currently available. Approximately 700,000 people die annually from infections that have become resistant to antibiotics. That number is expected to escalate dramatically due to the lack of new antibiotic development. By 2050, it is estimated that antimicrobial resistance could claim as many as 10 million lives per year.

“Left unchecked, AMR could significantly eclipse the global health challenge that the world is facing currently with COVID-19. That’s why the pharmaceutical industry is taking collective and decisive action in the face of this predictable and preventable health security threat,” Stoffels said in a statement.

Silas Holland, the interim Head of External Relations for the AMR Action Fund, told BioSpace that the funding amassed for the project is meant to sustain the antibiotic pipeline, which has diminished over the years as multiple companies have shifted their research and development priorities to more targeted treatments of diseases. Holland said the vision for the AMR Action Fund began more than a year ago as the leadership of the companies supporting the fund recognized the threat of antimicrobial resistance and were interested in taking action. He notes that the spread of the novel coronavirus has highlighted this concern.

“COVID has shown us how vulnerable we are to infectious disease and what kind of health and economic costs are there when we don’t have the necessary drugs,” Holland told BioSpace. “This is a recognition by the pharmaceutical companies of this threat.”

In November, ahead of a report released by the U.S. Centers for Disease Control and Prevention, Greg Frank, head of Infectious Disease Policy at the Biotechnology Innovation Organization and executive director of Working to Fight AMR, told BioSpace that most of the recently approved antimicrobials are last-line therapeutics that should be used only when “absolutely necessary.”

The consortium of the companies supporting the fund includes the likes of Pfizer, Merck and Johnson & Johnson, which maintain antibiotic research programs. Holland noted the fund is also being supported by companies that have exited the space, such as Eli Lilly and Novartis.

Pfizer Chief Executive Officer Albert Bourla said the world will not be able to address the concern of antimicrobial resistant infections without broad cooperation among the life sciences industry.

“… it will take a combination of prevention measures, responsible stewardship and innovative thinking to overcome existing obstacles. The new AMR Action Fund gives us the vehicle to do that by investing in and stimulating a potentially stronger pipeline for antimicrobial medicines,” Bourla said in a statement.

The AMR Fund will be guided by an advisory board that will select the most promising novel and differentiated antibiotic programs in clinical development, Holland said. The board will recommend which products to consider for funding. Investments will be based on a priority list of pathogens developed by the World Health Organization and the CDC, with a goal of addressing major unmet needs with hope of the greatest impact on public health. The advisory board should begin making recommendations for financial support by the end of the year.