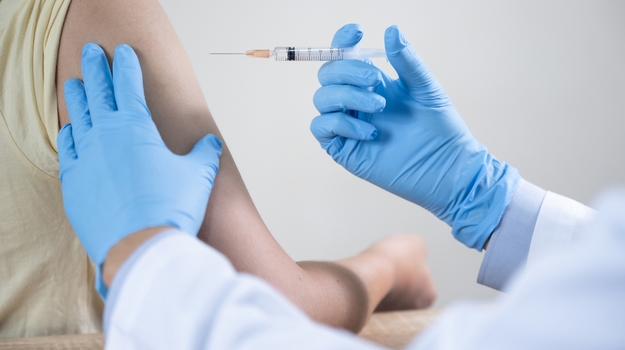 Pfizer and Germany-based BioNTech are collaborating on a messenger RNA vaccine against SARS-CoV-2, the novel coronavirus that causes COVID-19. The two companies have already begun Phase I/II clinical testing in Germany. The companies now plan to start testing in the U.S. once the U.S. Food and Drug Administration (FDA) gives approval.

In Germany, 12 patients out of a target population of 200 have been dosed with the BNT162 vaccine candidate. They began dosing on April 23. The trial is in healthy subjects from the ages of 18 to 55, targeting a dose range of 1 ug to 100 ug to determine the best dose for further studies in addition to evaluating the safety and immunogenicity of the vaccine.

Pfizer is scaling up manufacturing to be able to churn out millions of doses by the end of the year, with the possibility, according to company chief executive officer Albert Bourla, to produce “hundreds of millions” in 2021 if the clinical trials are a success.

Pfizer is also studying an antiviral drug against COVID-19. The company, in its first-quarter report yesterday, noted, “Preliminary data suggest the lead protease inhibitor shows antiviral activity against SARS-CoV-2. Consequently, Pfizer will continue to perform preclinical confirmatory studies, including further antiviral profiling and assessment of the suitability of the lead molecule for IV administration clinically. In parallel, the company is also investing in materials that aim to accelerate the start of a potential clinical study of the lead molecule to third-quarter 2020, three or more months in advance of earlier estimates, subject to positive completion of the preclinical confirmatory studies.”

Theoretically, the COVID-19 vaccine could be ready for emergency use by this fall, Bourla told The Wall Street Journal. Data from the Phase I/II trial could be available as early as June, according to BioNTech.

In a statement, Bourla said, “We are leaving no stone unturned as we explore every option to help provide society with a treatment or cure.”

There are now more than 70 different organizations involved in creating a vaccine, with CanSino, Moderna and Inovio currently running human clinical trials. Many of the early efforts, including Moderna and trials being conducted by Oxford University’s Jenner Institute, have suggested a vaccine could be ready for emergency use as early as September. This is a dramatically faster schedule than typical, and faster than most experts, including Anthony Fauci, director of the U.S. National Institute of Allergy and Infection Diseases (NIAID), have suggested was likely. Most optimistically have suggested 12 to 18 months, and that’s if everything goes right.

Vaccine experts suggest that even 12 to 18 months would be extremely fast and expressed concerns that in order to meet that kind of timetable, safety guidelines would likely be shortcut.

“When Dr. Fauci said 12 to 18 months, I thought that was ridiculously optimistic,” said Paul Offit, co-inventor of the rotavirus vaccine in the late 1990s, to CNN. “And I’m sure he did, too.”

Vaccines often take 15 to 20 years to move from inception to approval. And as HIV as shown, sometimes never. Vaccines are tested in labs, then in animals, then tested in a small group of healthy individuals. They are tested in larger and larger groups and evaluated for longer periods of time to determine how long and how well the vaccines offer immunity and if there are any short-term or long-term safety issues.

Still, with a pandemic infecting millions and killing thousands, regulators and the public may be willing to take the chance on a vaccine that offers protection. If so, it would likely be made available to first-line respondents and at-risk populations first.