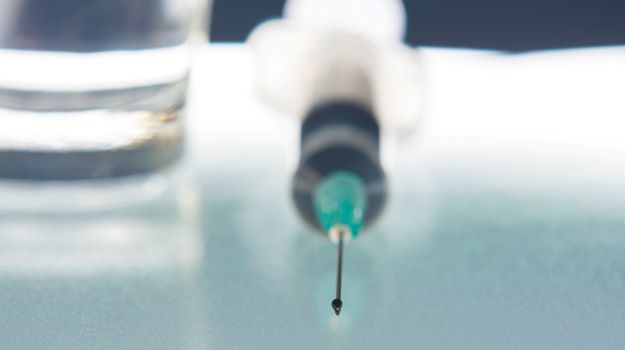 Pfizer and BioNTech are building on the success of their mRNA vaccine for COVID-19 with plans to develop a vaccine for the prevention of shingles using the same proprietary antigen technology. Clinical trials are expected to begin in the second half of this year.

Shingles, caused by the herpes zoster virus (HZV), is a painful and sometimes debilitating disease that affects one in three people in the United States during the course of their lifetime. HZV is a chronic form of the varicella zoster virus, which causes chickenpox infection. After the infection, the virus stays dormant in human nerve cells and can re-activate later in life from various triggers, including stress due to something that compromises the immune system.

The two companies believe an mRNA approach could create an effective vaccine that could eventually rival GlaxoSmithKline's Shingrix, which was approved by the U.S. Food and Drug Administration in 2017. In their announcement, the two companies called the collaboration an opportunity to "develop an improved vaccine that potentially shows high efficacy and better tolerability." Additionally, they said it would be more efficient to manufacture an mRNA vaccine for global use.

Mikael Dolsten, chief scientific officer and president of Worldwide Research, Development & Medical at Pfizer, said the agreement with BioNTech will build on the successes of the COVID-19 vaccine and advance the capabilities of mRNA technology in other infectious diseases.

"The collaboration aims to develop a new mRNA-based vaccine against shingles, leveraging the expertise and resources of both companies," Ugur Sahin, co-founder and chief executive officer of BioNTech said in a statement. "Adults aged 50 years and older as well as vulnerable populations like cancer patients are at an increased risk of shingles. Our goal is to develop an mRNA vaccine with a favorable safety profile and high efficacy, which is at the same time more easily scalable to support global access."

Under the agreement terms, Pfizer will pay BioNTech $225 million in upfront payments, with a cash payment of $75 million and an equity investment of $150 million. BioNTech can receive future regulatory and sales milestone payments of up to $200 million.

This marks the third collaboration between Pfizer and BioNTech in infectious diseases. In 2018, the two companies partnered to develop an influenza vaccine collaboration and then again in 2020 on the COVID-19 vaccine.

Pfizer and BioNTech aren't the only companies building on the success of their mRNA capabilities. Also, this morning, Moderna announced it has dosed the first patient in a Phase I study of an mRNA vaccine for the Epstein-Barr Virus (EBV).

The virus is a common infection with 83% of Americans seropositive by 19 years. The virus can lead to a condition of mononucleosis, which can sideline individuals for months. EBV is responsible for approximately 90% of the one million cases of infectious mononucleosis each year in the U.S.

In addition to mononucleosis, EBV is associated with an increased risk of developing multiple sclerosis, as well as the development of lymphoproliferative disorders, cancers and autoimmune diseases.

Moderna CEO Stéphane Bancel noted that EBV is one of the most common viral infections globally, with no current vaccine available.

"Our research team is working to bring even more vaccines against latent viruses to the clinic. We believe these vaccines could have a profound impact on quality of health for hundreds of millions of people around the world."

Moderna expects to enroll about 270 participants in the Phase I study. The primary endpoint of the ECLIPSE study is to assess the safety and tolerability of mRNA-1189 in healthy adults ages 18 to 30.