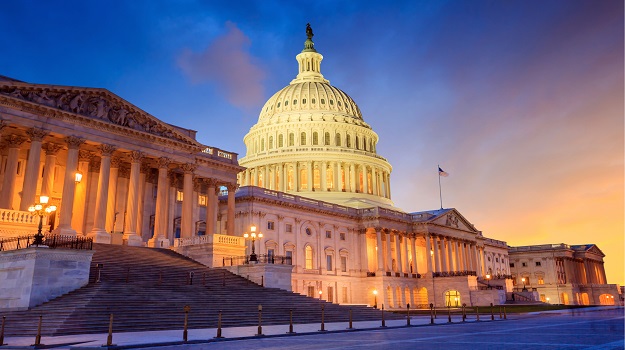 Sitting before a Congressional panel Tuesday the heads of pharmaceutical distributing companies said their mea culpas over not doing more to limit the flow of prescription opioids to certain parts of the country.

George Barrett, chairman of Cardinal Health, apologized for failing to act quickly enough to halt the rampant spread of opioid painkillers such as hydrocodone and oxycodone throughout West Virginia, the Washington Post reported late Tuesday. That state has been hit particularly hard by the opioid epidemic that has ravaged much of the United States.

Joseph Mastandrea, the head of Miami-Luken, also expressed his regrets for his company’s contribution to the crisis, the Post said. In addition to Barrett and Mastandrea, the heads of AmerisourceBergen, McKesson Corp., and H.D. Smith testified also addressed the members of the House Energy and Commerce Committee, which launched an investigation into the opioid crisis last year. Unlike Barrett and Mastandrea though, the executives for the other three companies did not admit any contribution to the opioid crisis, the Post said.

According to the U.S. Department of Health and Human Services, 116 Americans die daily from opioid overdoses. In 2016 there were an estimated 64,000 drug-related deaths in the United States, with the highest increase related to opioid drugs. A recent report released by the U.S. Centers for Disease Control and Prevention shows opioid-related emergency room visits spiked 30 percent across the states between July 2016 and September 2017.

West Virginia has seen a disproportionate number of prescription opioids sent to various communities. Earlier this year the congressional panel sent a letter to the distributors revealing that McKesson and Cardinal Health sipped 12.3 million doses of opioids to one pharmacy in Mount Gay-Shamrock, W. Va. between 2006 and 2014. Another pharmacy in Williamson, W. Va. received 10.5 million pills during the same time period, the Post reported. The pharmacy in the town of Kermit, W.Va., which has a population of about 400 people, received 9 million pills in a two-year period, the Post added.

Lawmakers wanted to know what these companies knew about the large numbers of pills being sent to these pharmacies and why they did nothing to curb the shipments of the addictive medications.

The executives of the distribution companies told the members of the House committee that their companies neither made nor prescribed the medications only acted as the middleman in fulfilling orders from pharmacies.

While the distributors said they were not responsible for the number of prescriptions, Cardinal Health and McKesson have agreed to pay millions of dollars in fines that it failed to report suspicious orders of narcotics, the Post reported.

Some of the distribution companies and many opioid manufacturers are the subject of a number of lawsuits filed by various government bodies attempting to reclaim the costs incurred from opioid addictions. The number of cases, which BioSpace highlighted last month, continues to grow.

With the increased focus on the opioid crisis in the United States, some companies have begun to respond. There are new formulations being developed that are supposed to prevent opioid pills from being crushed. For example, Germany-based Grünenthal developed a unique polymer coating that prevents the crushing of a pill – even with a hammer. Last year Gabriel Baertschi, the chief executive officer of Grünenthal, told BioSpace that during patent tests for the coating the pill sustained the hammer blows, but the table it sat on was broken during the test.

Purdue Pharmaceuticals, which has been the subject of multiple opioid lawsuits is also developing new formulations to make it harder for the medication to be abused.

Still, it’s important to note that some addicts still find ways to abuse the medication. Endo Pharmaceuticals was forced to remove its opioid pain medication, reformulated Opana ER, from the market after it was determined the new formulation failed to prevent abuse.