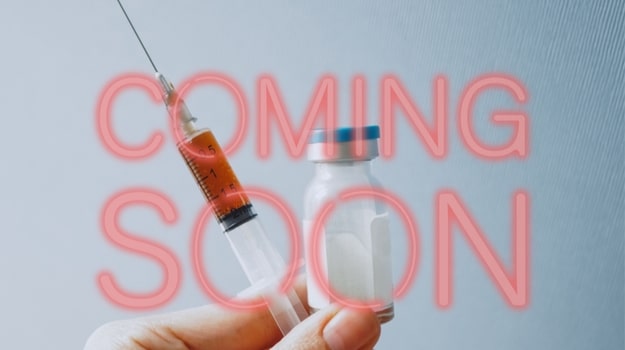 Moncef Slaoui, the head of Operation Warp Speed, the government project to push along the COVID-19 vaccine development, suggested the first Emergency Use Authorization (EUA) for a vaccine will likely be around Thanksgiving. This is in marked contrast to President Trump repeatedly saying a vaccine would be ready this month before the November 3 election, although it is consistent with what most experts and sponsor companies have been saying.

Slaoui, who is an immunologist by training and a former head of GlaxoSmithKline’s vaccines programs, said he is hopeful drug companies will file for EUA with the U.S. Food and Drug Administration (FDA) by late November and immunizing high-risk populations would begin this year. He also believes the vaccines may be more effective in clinical trials than had been previously reported.

“My expectation is really something between 80% and 90% efficacy,” he said.

That’s significantly higher than the 50% threshold the FDA had reported they were looking for, and if it turns out to be the case, it shows significant promise for getting populations closer to herd immunity.

At this time, the three leading vaccine candidates are Moderna, Pfizer and BioNTech, and AstraZeneca and the University of Oxford. Stephane Bancel, chief executive officer of Moderna, recently indicated he didn’t expect Moderna to have actionable data for an EUA until sometime in November. The Pfizer-BioNTech group said in mid-September that it might have key data from their Phase III trial by the end of October. The AstraZeneca-Oxford trial is currently still on clinical hold in the U.S. after a severe reaction to the vaccine called transverse myelitis in a UK patient. The trial has since resumed in the UK, but on hold in the U.S.

A fourth company, Johnson & Johnson, is making progress, but will not be likely to having supporting data and an EUA until sometime in the first quarter of 2021. Dozens of other companies are working on a vaccine, but results will be later in 2021.

Operation Warp Speed has been praised and criticized for its aggressive schedule. The original goal was to deliver 300 million doses of a vaccine beginning in January. The critics have questioned the feasibility of doing this in a safe way without cutting corners. Those who praise it have noted that the plans, which include funding various companies, manufacturing deals and distribution arrangements, such as with McKesson and the U.S. military, have been impressive.

The biggest criticism has revolved around the politicization of the efforts, largely due to Trump. In early September, Slaoui indicated he would resign if the government tried to push through an unsafe and ineffective vaccine. It was, he told Science, his biggest concern. He said after he was asked to run the project, “Honestly, I hung up and told my wife, ‘Oh shit.’ I was hesitant around the politics.”

He says he prefers to focus on the data and not the politics.

“I hope this never happens again, that such events are politicized,” Slaoui told MarketWatch last Wednesday. “We’re forgetting something, which is people are dying, and forgetting another thing, which is never ever before has an effort of this proportion been made and vaccines been developed in a period of less than a year.”

The FDA recently reported new guidelines for the vaccine EUA, including monitoring of participants after their final dose for two months and that at least five cases of severe COVID-19 are observed in the placebo cohort.

“The safety follow-up is reasonable. The safety database of the FDA [shows] that most of the significant adverse events associated with immunization take place within 40 days or so days from the last immunization," Slaoui said. "Therefore, requiring that 50% of the population included in the trial would have crossed that two-month time frame to have people have two months, three months, four months of follow-up after their second dose is a good takeaway. It’s going to give you a reasonable sampling of most of the adverse events of any one of these vaccines. That coupled with very strong active pharmacovigilance, upon introduction of the vaccine, should fully characterize the long-term safety of the vaccine.”

In terms of the efficacy, he said the FDA’s 50% bar was really about how to “power the clinical trial. It’s not about what the expectation from the vaccines is. We don’t want to miss a vaccine that has 50% efficacy, if that was to be the reality. Because 50% efficacy in the setting of a pandemic may mean 500 deaths prevented every day—that’s quite relevant.”

But his expectation is 80% to 90% efficacy. “I would be very negatively surprised if it was closer to 50%. Everything we see, including the recent data by Lilly and Regeneron, with monoclonal antibody transfer, suggested robust efficacy can be achieved.”

In terms of timeline, Slaoui says he believes, “We will know if a vaccine works … anytime late October, or November, or in December. But I expect the EUA filing to happen three [or] four weeks after that moment of when we know the vaccine is efficacious, maybe if we work like crazy, we make it happen in two weeks.”

He described the involvement of an independent data safety monitoring board (DSMB) that will be evaluating specific data, and then the companies themselves will likely spend time cleaning up the data and making what are called “queries” to the clinical trial sites to clarify anything on the case report forms, all of which are good clinical practice requirements. That would take at least a week to assure every case is real and corresponds to a primary endpoint definition or secondary endpoint definition.

“Let’s say if the number of cases is obtained,” Slaoui said. “I’m going to even say October. 29, [though] it may be until Nov. 10 or Nov. 7. And then it may be until the end of November when the file is actually fully completed and submitted to the FDA for emergency use. It’s important to factor in those periods of time. Things don’t happen overnight; otherwise you will be making mistakes.”