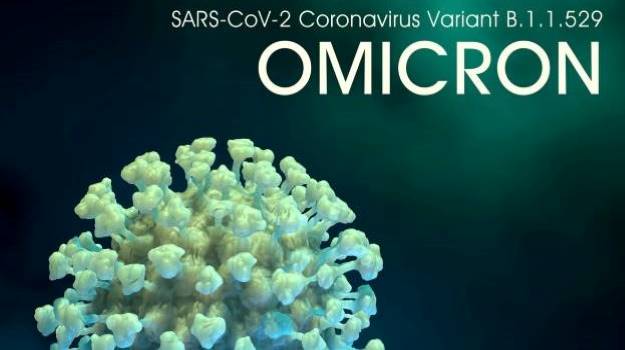 Part of what is being discovered about the Omicron variant of COVID-19 is how fast it appears to infect people, a median of about three days, compared to four or five with other variants. For that and more COVID-19 news, keep reading.

A South African study suggested that people infected with the Omicron variant of COVID-19 have more protection against the Delta variant. This reinforces the idea that Omicron might displace Delta. Omicron is significantly more infectious than Delta, but at this time does not appear to be more deadly and appears to cause less severe disease.

This was a small study in 13 people, 11 of who had been infected with Omicron. It has not been peer-reviewed yet. Of the 13, seven were vaccinated, three received two shots of the Pfizer-BioNTech vaccine and four received the Johnson & Johnson single shot. The people infected with Omicron seemed to have more than fourfold protection against the Delta variant two weeks after they were enrolled in the study. They also demonstrated a fourteenfold increase in antibodies that could block Omicron reinfection. Although a positive sign, the researchers pointed out that people who had been vaccinated had stronger protection.

“These results are consistent with Omicron displacing the Delta variant, since it can elicit immunity which neutralizes Delta making re-infection with Delta less likely,” the researchers with the African Health Research Institute wrote.

A study of a cluster of Omicron infections in Nebraska suggests the variant has a shorter incubation period but causes similar or maybe even milder symptoms than earlier variants for vaccinated or previously infected patients. This is a small study, like the South African study, looking at six Omicron cases from a single household.

The first patient was a 48-year-old male who returned from a conference in Nigeria and experienced symptoms a day after returning and tested positive two days later. He was unvaccinated but had previously had an asymptomatic infection in 2020. He had a negative antigen test prior to returning to the U.S. but was still asymptomatic upon returning and had close contact with five members of his household. The five people in the house, one as young as 11, developed symptoms within one to three days of his return. Four had a previous symptomatic infection in 2020, and one was fully vaccinated with two shots of the Pfizer-BioNTech vaccine.

The CDC indicated the infections took 33 to 75 hours, a median of about three days to show symptoms after exposure. With other variants, the median incubation period was five days or more, with Delta about four days.

The U.S. Centers for Disease Control and Prevention (CDC) recently modified its guidance for self-quarantine after exposure to COVID-19, changing the recommended time from 10 days to five days if an individual has no symptoms. It suggests they can go back to normal activities while wearing a mask for at least five more days. The agency says this update reflects evidence suggesting transmission of the disease occurs one to two days before symptoms appear and two to three days after.

“The reason [for the update] is that with the sheer volume of new cases that we are having and that we expect to continue with Omicron, one of the things we want to be careful of is that we don’t have so many people out,” said Dr. Anthony Fauci, director of the National Institute of Allergy and Infectious Diseases and Chief Medical Advisor to President Biden. “I mean, obviously if you have symptoms, you should [be out], but if you are asymptomatic and you are infected, we want to get people back to jobs — particularly those with essential jobs to keep our society running smoothly.”

The U.S. Food and Drug Administration (FDA) warned that COVID-19 antigen tests may not be as good at detecting the Omicron variant. This warning was based on early studies by the National Institute of Health’s Rapid Acceleration of Diagnostics initiative that tested live virus samples. They still seem to work but have reduced sensitivity. These largely refer to the at-home antigen tests, and most test kits say they should take two tests on separate dates in order to be more accurate. The FDA recommended people taking the at-home tests should “closely follow the tests’ instructions.”

The data is preliminary and comes less than a week from a different NIH study that suggested the antigen tests could detect Omicron “with similar performance” to other variants. If you have symptoms and the at-home test appears negative more than once, consider getting a more sensitive molecular test.