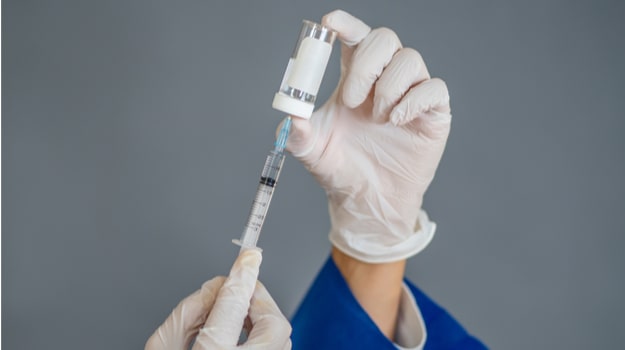 Gaithersburg, Maryland-based Novavax is yet another biopharma company reporting promising early-stage data for a potential COVID-19 vaccine. The company announced data from Phase I of its Phase I/II placebo-controlled trial of its vaccine with and without Matrix-M adjuvant. The trial was conducted in healthy adults 18 to 59 years of age.

NVX-CoV2373 is a recombinant vaccine engineered from the genetic sequence of SARS-CoV-2. The company used its recombinant nanoparticle technology to create antigen derived from the virus’s spike (S) protein. It also contains the company’s saponin-based Matrix-M adjuvant to improve the immune response and stimulate high levels of neutralizing antibodies.

Everybody who received the vaccine developed IgG antibodies against the spike protein after a single dose, with many developing wild-type virus neutralizing antibody responses. After the second dose, 100% of participants developed wild-type virus neutralizing antibody responses. These results compared favorably to those seen in patients with clinically significant COVID-19. In particular, the company noted the IgG antibody response was highly correlated with neutralization titers, meaning that a significant percentage of them were functional.

“The Phase I data demonstrate that NVX-CoV2373 with our Matrix-M adjuvant is a well-tolerated COVID-19 vaccine with a robust immunogenicity profile,” said Gregory M. Glenn, president, Research and Development at Novavax. “Using a stringent wild-type virus assay performed by investigators at the University of Maryland School of Medicine, NVX-CoV2373 elicited neutralizing antibody titers greater than those observed in a pool of COVID-19 patients with clinically significant disease.”

The company has also submitted data from a study in monkeys (cynomolgus macaques) showing that the vaccine created sterile immunity that prevented viral replication in the upper and lower respiratory tracts. There was no evidence of disease after dosing the vaccinated monkeys with the virus.

The company’s data in the Phase I trial showed that the vaccine induced antibody responses with and without the adjuvant. This shows promise for potentially being able to treat more people, because less vaccine would be required with the adjuvant.

The company expects to move into a 1,500-person Phase II trial with the lower dose before advancing into Phase III trials. They expect to dose the first patient in the Phase III trials in September, at the same time, scaling up vaccine manufacturing at facilities on three continents. Their target is to manufacture millions of doses before the end of this year and up to 1 to 2 billion doses in 2021.

Company shares plunged more than 30%; however, this appeared to be caused by an erroneous report of eight hospitalizations out of 130 participants. The company in their press release indicated no adverse reactions of grade 3 or higher, which means no hospitalizations.

In a call with investors, Glenn emphasized the point, saying, “To be clear, there were no hospitalizations.”

“We couldn’t have asked for a better profile for a vaccine for a pandemic, particularly in the time period we’ve done it in,” Stanley Erick, company chief executive officer, said in the investor call. “We got all the immune responses we wanted.”

Moderna, Pfizer and BioNTech, and AstraZeneca and the University of Oxford have all demonstrated similar safety and efficacy data in human clinical trials to date. Generally, they are all further along than Novavax, already having begun Phase III trials.