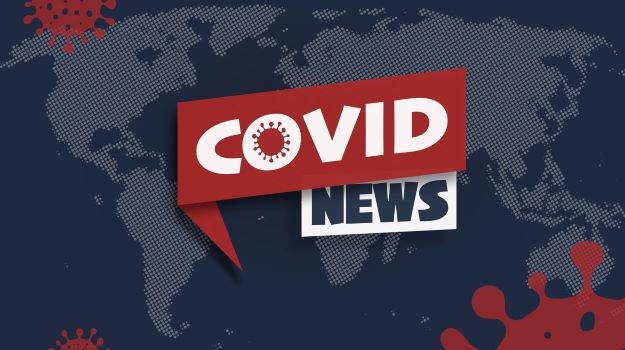 It was noted early in the COVID-19 pandemic that the disease was peculiar — not only was it a respiratory disease, but it created hyper-immune responses, the so-called “cytokine storms", and affected blood clotting, even in healthy, young people. New research has emerged suggesting its effects on the gut, as well as psychological tolls. For those and more, continue reading.

Novavax CEO Expects COVID-19 Vaccine to Be Authorized Within Weeks

In January, Maryland-based Novavax submitted a request for Emergency Use Authorization (EUA) for its protein-based COVID-19 vaccine. The company’s chief executive officer, Stan Erck, said he believes the authorization would happen “within weeks.” The U.S. submission has been delayed several times over regulatory delays, primarily around manufacturing issues. It has been authorized in the UK, Europe, Canada and the World Health Organization. Erck seems to think that there will be high demand for the vaccine, even in countries with high vaccination rates, although it makes more sense than it would have higher uptake in countries struggling to get their populations vaccinated. The company inked a contract with the European Union in December for 69 million doses of the vaccine.

In mid-February, Pfizer and BioNTech paused their rolling submission of an Emergency Use Authorization (EUA) to the U.S. Food and Drug Administration for their COVID-19 vaccine in children under the age of five. At the time, the company stated it would wait for full data on the three-dose series. The most likely reason for the delay is that the two-dose regimen wasn’t working all that well. The FDA had indicated it needed more data. Early data suggested the two-dose regimen was effective, but that was conducted when the Delta variant was predominant. The two-shot regimen was less effective when Omicron swept through and became the dominant variant. Earlier data was also inconsistent, showing strong immune responses in children 6 months to 2 years of age, but not as robust in 2-to-5-year-olds.

An international research study found that people infected with COVID-19 during the first wave of the pandemic were more susceptible to nightmares. Furthermore, the more severe the infection, the more nightmares they experienced. Sleep researchers in 14 countries evaluated nightmare frequency and other dreams in two cohorts of 544 patients, a group who had COVID-19 and a control group without COVID-19. The data was collected from May to July 2020. The study found that dream frequency increased about 15% in the two groups during the early months of the pandemic. People tended to remember their dreams more often.

“That might be because of the fact that remote work allowed many people to get up later, and it’s primarily in the morning that we dream, during what we call REM sleep,” said Charles Morin, a psychology professor at Université Laval in Canada, one of the study’s authors. He added that if people remember their dreams more frequently, they’re more likely to remember nightmares, “because everyone has nightmares at one time or another.”

Nightmare frequency prior to the pandemic was similar for the two groups, but nightmare frequency increased 50% in the COVID-19 group and 35% in the control group. They don’t know precisely why this is, although it could be stress caused by the pandemic or possibly the virus’s effect on the brain. The COVID-19 group reported higher symptoms of anxiety, depression and post-traumatic stress.

Dr. Scott Gottlieb, a former Commissioner of the FDA, weighed in on whether his own children will continue to wear masks after their school district in Connecticut drops the mask mandates later this month. The short answer is “no.”

Dr. Gottlieb told CNBC, “If it becomes optional, I think most kids won’t. Some will, and we need to respect that. Some parents are going to continue to wear masks.”

States and localities are starting to drop mask mandates as the Omicron variant surge wanes and daily infection rates continue to drop. The U.S. Centers for Disease Control and Prevention hasn’t weighed in on it yet, although they are expected to discuss it this Wednesday, February 23. Dr. Gottlieb called for the CDC to modify its mask guidance earlier this month.

Dr. Gottlieb did say, “I’ll probably continue to wear it a little bit longer than perhaps I need to based on the overall risk, just because I think it’s a matter of etiquette. I think when I go into a store or pharmacy and other people are there who feel uncomfortable, who feel vulnerable, if they see a lot of people around them wearing masks it makes them more comfortable. I’ll do that in my community. I think it’s a community standard and a community norm now. But I think a lot of people are going to take the option not to wear.”

“This study shows that in severe COVID-19, this key component of the immune system is disrupted, whether the intestine itself is infected with SARS-CoV-2 or not,” said Joe Spencer, from King’s College London. “This would likely contribute to the disturbances in intestinal microbial populations in COVID-19 reported by others.”