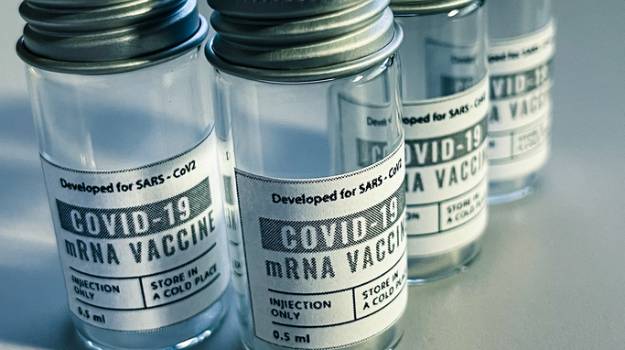 The U.S. Food and Drug Administration (FDA) and Centers for Disease Control and Prevention (CDC) approved a third shot of the Pfizer-BioNTech vaccine for specific populations late last week. The booster is now authorized for people over 65, individuals at high risk for severe disease, and front-line healthcare workers. The CDC added in people between the ages of 18 and 64 who are at increased risk due to their work or living situation. Earlier, it had been approved for people who were immunocompromised.

Here are some updates on the boosters.

Booster’s Side Effects Similar to that of 2nd Shot

So far, according to data from the CDC, the side effects from the third shot of the Pfizer-BioNTech vaccine seem to mirror those of the second dose. They were generally mild or moderate. The most common symptoms reported after the booster were arm pain, fatigue and headache. They typically appear the day after the injection. Only 28% said they could not perform normal daily activities.

The data was from 22,191 people who received the third shot and responded to survey questions on a smartphone app called v-safe that the CDC runs. Arm pain was slightly more common after the booster than after shot number two, and headaches and fatigue were less common.

Deciding on Whether to Get a Booster

CNN’s Medical Analyst Leana Wen, an emergency room physician and professor of health policy and management at the George Washington University Milken Institute School of Public Health, answered questions recently about deciding when or whether to get boosters.

She noted, first off, that the FDA and CDC had already recommended a booster for people who were immunocompromised. The newer guidelines expanded that to include older people and people at high risk of exposure.

“These individuals aren’t necessarily advised to get the booster, but they may, once they weigh their own risks and benefits in consultation with their physicians.” Wen added that the immunocompromised group, people over 65 and older, people in nursing homes, or people over 50 with underlying medical conditions probably fall into the “should” get a booster category, while “the benefit-risk calculation is a little less clear for those who are in the second, broader group.”

She also noted that booster is a term used for a third shot of the Pfizer-BioNTech or Moderna vaccines or a second dose of the Johnson & Johnson vaccine. Boosters for the Moderna and J&J vaccines haven’t been approved yet. At this time, if you received the Moderna vaccine and are immunocompromised, you’re eligible for a booster. Moderna and J&J have both submitted their boosters for FDA authorization, but it is not recommended to “mix and match” doses, meaning, if you received the Moderna or J&J, don’t go out and get the Pfizer-BioNTech booster shot. At least not yet.

The only concerning risk of side effects from a booster is myocarditis, a heart muscle inflammation. It is very rare and seems highest in adolescent or young adult males. COVID-19 can also cause myocarditis. The myocarditis tied to the mRNA vaccines is typically mild and resolves with no long-term damage.

She also stated, “I know there’s a lot of talk of boosters now, but I want to make one thing very clear: The most important thing from a public health standpoint is still to make sure for people to get their first doses of the vaccine. Unvaccinated people make up the majority of people who are hospitalized and dying from COVID-19.”