Money on the Move: February 3-9 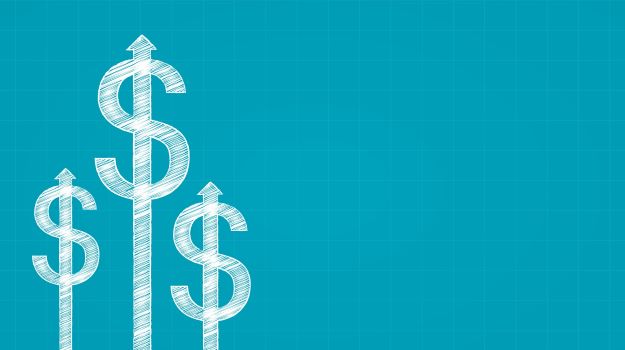 The cash just keeps coming for biopharma companies. Here’s a rundown of some of this week’s investment dollar recipients.

Billionaire Richard Branson used his SPAC to take consumer DNA testing company 23andMe public last week, stacking up $759 million in cash. Branson believes using the company’s massive health data for drug development will substantially shorten the time to develop successful new therapies. “Ancestry and health have always been key components of the product but more and more the future is the health side. How is it that you can get your genetic information and really benefit from the Human Genome and live a healthier life?” said 23andMe CEO and co-founder Anne Wojcicki.

Originally filing for a $150 million raise for its Wall Street debut, Sana came pretty close to Moderna's record-setting IPO. Landing at $587.5 million, the largest-ever raise for a preclinical stage company, the biotech sold 23.5 million shares at $25 a pop. About $380 million will go to Sana’s cell engineering technology development to get candidates on both its in vivo and ex vivo platforms pushed through to clinical proof of concept. $80 million will go toward manufacturing for those candidates, with another $40 into broadening both platforms. Clinical trials are quite a ways off. INDs aren’t expected until 2022 and 2023. Everything Sana does is big, as evidenced by its massive initial financing round last summer - $700 million.

Choosing the SPAC route to the NASDAQ, Nautilus went public by merging with Arya Sciences Acquisition. The deal will value the company at $900 million and bring in $350 million in cash. The company is pioneering a platform combining hardware and software capable of analyzing and quantifying the human proteome faster, more completely and less expensively than existing tech is capable of. Nautilus believes a deeper, richer understanding of proteins will accelerate the development and adoption of personalized and predictive medicines.  Funds raised in this deal will help drive the development of Nautilus’ proteomic analysis platform, as well as grow the company’s teams: scientific, engineering and commercial.

Recently launching its first clinical trial, Bolt is working on a new class of cancer drugs – immune-stimulating antibody conjugates (ISACs). Having filed for a $150 million raise, Bolt managed a $230 million IPO last week. The lead asset is a conjugate of the HER2-targeting chemotherapeutic antibody trastuzumab with a TLR 7/8 agonist. BDC-1001 is in Phase I/II testing in breast, gastric and other solid cancers expressing HER2, as a monotherapy and in combination with Merck’s Keytruda.

Looking to bankroll its first in-human trial, Vor hit the NASDAQ and raised a $200 million IPO. Announced last month, the company received FDA clearance of its IND application for VOR33 with plans to launch a Phase I/II study in patients with CD33-positive acute myeloid leukemia (AML) at high risk for relapse during the first half of 2021. Vor is also planning to combine VCAR33, a cell therapy the company licensed currently in trials for relapsed or refractory AML in children, with VOR33 in IND-enabling studies.

After just completing a $30 million Series B, Sensei came back to the dojo for a $133 million IPO. The cash will take its lead program, SNS-301, through clinical development. The candidate is a vaccine that targets the tumor antigen aspartate beta hydroxylase. A Phase I/II study is underway, combining the drug with Keytruda in patients with advanced head and neck cancer. Out of the 11 enrolled thus far, the treatment has shrunk the tumors in one patient and halted tumor growth in two others for over nine months.

Wuhan-based Neurophth brought in around $62 million in a Series B round this week. An ophthalmic gene therapy technology company, Neurophth has a pipeline of 10 products. Lead candidate NR082, an injectable treatment for Leber’s hereditary optic neuropathy, is headed toward the clinic this year. "We have brought together experts in gene therapy with overseas experience to create a company that is uniquely positioned to advance the development and manufacturing of potentially curative gene therapies for ocular diseases, particularly glaucoma and diabetic macular edema with large patient populations," said Bin Li, M.D. Ph.D., Founder and Chairman of the Board of Neurophth.

On the heels of its affiliate company Sensei Biotherapeutics’ IPO, Cambrian announced a $60 million financing round to develop its pipeline of companies and therapeutics to treat the diseases of aging. Cambrian functions as a biotech, venture capital fund and incubator. The company considers itself a “hub-and-spoke model” building a family of companies that share resources for drug discovery, development, clinical trials and finance. Targeting the “Nine Hallmarks of Aging”, Cambrian hopes to detect and prevent aging-related disease.

Maryland-based Seraxis closed a Series C led by Eli Lilly that raked in $40 million. The biotech is developing a cell replacement therapy for insulin-dependent diabetics, a well over $22 billion business. Seraxis’ human stem cell line, SR1423, have produced lab-grown pancreatic islets that are remarkably similar to native islets in purity and potency. In animal models, the islets have shown potential in reversing diabetes.

Beijing biotech neoX is a next-gen company specializing in computational design for drug R&D. The company raised $30 million in a Series A this week. Funds have been earmarked to enhance AI R&D platform, expand international business connections and accelerate preclinical pipeline. "We are focusing onlooking for cutting-edge drug model modalities, such as multispecific molecules and biological drugs," said Dr. Michael Chen, co-founder and CEO of neoX, "We use our next-generation neoPlatform to design new drug models modalities and to truly 'think out of the box', in an effort to address undruggable targets."

Using AI to develop next-gen small molecule, brain-penetrating kinase inhibitors for cancer patients, Reverie Labs scooped up $25 million in a Series A round. Reverie believes an arsenal of targeted therapies will give clinicians the tools they need to improve patient outcomes from modest survival benefits to complete responses. The company’s lead program is zooming toward the clinic, targeting a well-validated disease mechanism.

Here’s a pitch you’ve likely not heard before – a toilet seat to monitor your heart health. Formerly known as Heart Health Intelligence, Casana raised $14 million in a Series A for its “Heart Seat.” With a built in ECG, ballistocardiogram and photoplethysmogram, the sensors collect a wide range of metrics that upload to a cloud network thanks to built-in Wi-Fi and LTE. The battery lasts several years between charges. The Heart Seat is currently up for FDA approval with hopes to hit the market soon.