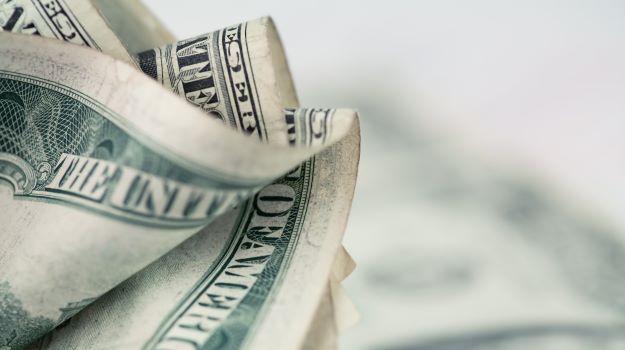 Investment funds continue springing up into life sciences companies across the globe. Here’s where the money’s being planted this week.

Science-driven VC firm The Column Group set up its debut crossover fund with an oversubscribed $824 million to start. Abbreviated to TCG X, the fund will invest in both public and private development companies, with a focus on early drug development. Yu plans to take advantage of the record-setting biotech crossover year underway, with a particular focus on the China biotech market, using the power of his alliance with the well-known Column Group.

Originally hoping for around $100 million in its Nasdaq debut, this Salt Lake City-based company ended up with a $436 million upsized IPO priced at the top of market range. The Recursion Operating System combines an advanced infrastructure layer to generate what the company says is one of the world’s largest and fastest-growing proprietary biological and chemical datasets. The Phase II-ready, machine learning-focused Recursion will be well-financed following the IPO.

Having dosed its first patient just two months ago, Adagio swept up $336 million in a Series C financing round to support its COVID-19 monoclonal antibody candidate. While ADG20 is being developed for the treatment and prevention of COVID-19 right now, Adagio also has plans to develop the drug to fight other coronaviruses in the future. Compared with other antibody treatments, ADG20 targets and neutralizes a broader range of sarbecoviruses, including the novel coronavirus and its associated variants.

Riding the SPAC express path to the Nasdaq, targeted therapeutics company Surrozen combined with publicly traded Consonance-HFW Acquisition Corp in a $212 million deal. Net proceeds will advance Surrozen’s pipeline of Wnt-modulating antibody programs through to the clinic. Candidates for inflammatory bowel disease and severe alcoholic hepatitis are anticipated in clinical development in 2022.

Drawing closer to an IPO, leading life sciences R&D cloud platform company Benchling raised $200 million in Series E funding, bringing it to a $4 billion valuation. Last year alone, Benchling’s revenue exceeded $50 million, double what was reported in the previous year. Up to 450 companies worldwide have utilized the company’s cloud platform to track, quantify and predict research initiatives. The fresh funds will be used to provide “more products, solutions and services that scientists around the world ultimately need to solve some of humanity's greatest challenges."

Advancing a pipeline of next-gen T-cell engager immunotherapies, Janux raked in $125 million in its Series B this week. CEO David Campbell said, “We intend to use the proceeds to advance PSMA-TRACTr, EGFR-TRACTr, and TROP2-TRACTr into the clinic as well as attract the talent needed to realize our vision of providing cancer patients with safe and effective drugs that direct their immune system to eradicate tumors to give them the best chance to overcome their disease.” Last month Janux appointed a new chief of business officer, Andy Meyer, to join the San Diego-based team.

Cambridge, England-based Alchemab completed a Series A worth around $82 million to advance its target-agnostic drug discovery platform. The platform interrogates the entire antibody repertoires of individuals in defined groups that show unusual resistance to disease despite risk factors or a genetic disposition for a poor prognosis. It is currently focusing on identifying antibodies for hard-to-treat neurodegenerative diseases and cancers.

Founded in 2019, Tectonic is shifting the tables on GPCR-targeted therapies. With an $80 million Series A, the company’s proprietary GEODe platform is developing a pipeline of biologics against the most challenging receptors in the class. Tectonic’s focus is on the GPCRs considered undruggable with small molecules.

With the latest $78 million extension of its Series C, this software company’s funding now totals $194 in venture funds over three raises in the past year. Medable is expanding its executive team with a new chief scientific officer, chief design officer, chief product officer, and chief operating officer. The COVID-19 pandemic has created a wave of opportunity in decentralized digital clinical trials. The industry’s move toward more patient-centric approaches, accelerated by the pandemic, has necessitated new technological solutions, said Medable CEO and co-founder Michelle Longmire. Some pre-pandemic estimates put clinical trial patient retention rates around 80%, but the company says its trials average over 90% retention rates, with much faster enrollment.

Developing treatments for immunological diseases, AltruBio scooped up $63 million in its Series A round. Focused particularly on the role PSGL-1 plays as an immune checkpoint regulator protein, its lead molecule is an antibody aimed at four autoimmune and inflammatory diseases. The lead indication is for steroid refractory acute graft-versus-host disease.

Driven by a vision to decentralize the healthcare system through flexible point-of-care testing capabilities, Sense raised a $50 million Series B. The funds will be used to accelerate the launch of its COVID-19 molecular test on its “instrument-free” product platform which delivers lab-quality results directly to users within minutes. Sense’s new class of molecular diagnostic testing makes PCR testing rapid, simple and disposable.