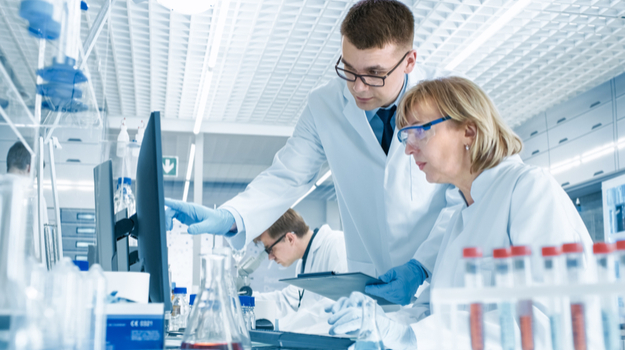 Clinical data is the lifeblood of pharmaceutical companies hoping to advance potential therapies and treatments for disease. BioSpace takes a look at data released this week from some of the numerous ongoing clinical studies.

Data from a study that will soon be published in Nature Medicine shows the use of the psychedelic drug MDMA benefits people with severe post-traumatic stress disorder. According to Live Science, data showed that patients who received MDMA and psychological therapy in the late-stage trial experience higher levels of relief from their PTSD symptoms than the placebo group.

Two months after the treatment ended, 67% of the patients who received the drug no longer met the diagnostic criteria for PTSD. Only 32% of the placebo group showed this level of improvement, according to the report.

The data could set the stage for potential approval by the FDA. MDMA (3,4-methylenedioxy-N-methylamphetamine) releases serotonin in the brain, as well as oxytocin and prolactin.

The study will be conducted at 100 different sites, including areas where there are high infection rates of the virus, including different variants of concern. The trial will evaluate a single intramuscular dose of ADG20 to prevent COVID-19 in both pre-and post-exposure settings.

The study will build on positive, preliminary data from an ongoing Phase I trial in healthy volunteers.

Preliminary data from that study suggest the antibody has the potential to provide up to 12 months of protection against COVID-19. Additionally, the company said initial ADG20 serum virus neutralizing activity against SARS-CoV-2 is “similar to peak serum neutralizing antibody titers reported for mRNA COVID-19 vaccine recipients.”

The clinical development program for ADG20 includes the ongoing Phase I clinical trial of ADG20 in healthy volunteers and the STAMP trial, which is evaluating ADG20 as a treatment for high-risk individuals with mild or moderate COVID-19.

New Orleans-based Revelo Biotherapeutics announced positive data from its Phase I trial evaluating the safety of first-in-class peptide drug ‘1104, which is being assessed in allergic disease.

The data demonstrated that ‘1104 was safe and well-tolerated at the two doses of 4mg and 8 mg without serious adverse events. The company is advancing ‘1104 into two Phase II trials, one in patients with eosinophilic esophagitis and one in patients with allergen sensitivity.

California-based Genascence Corporation completed dosing across three cohorts in a Phase I study of GNSC-001 for the treatment of osteoarthritis (OA).

GNSC-001 is an adeno-associated vector (AAV) that carries a coding sequence for interleukin-1 receptor antagonist (IL-1Ra), a potent inhibitor of interleukin-1 signaling. IL-1 is considered one of the key mediators involved in OA's pathogenesis, causing inflammation and cartilage destruction. GNSC-001 is designed to offer long-term, sustained inhibition of IL-1 following a single injection into the affected joint.

Highlights of the study include a subset analysis of patients who were heavily pretreated with estrogen blocking agents and chemotherapy with an average of three prior lines of therapy in the metastatic setting and had tumor progression on a CDK 4/6 inhibitor prior to receiving enobosarm.