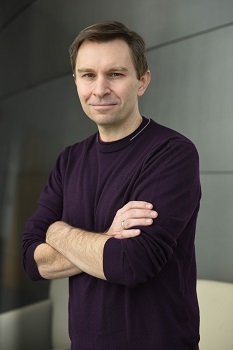 There is a lot of movement in the field of longevity research. At least some of it is due to breakthroughs in genomics, epigenetics, and metabolism that provide a greater understanding of the mechanisms behind aging and many of the diseases associated with aging. There has also been some speculation that aging billionaires are investing in longevity research companies. This includes Bill Gates and Google co-founder Larry Page pledging $12 million in research for a universal flu vaccine and Amazon’s Jeff Bezos investing over $100 million in UNITY Biotechnology.

What is most commonly seen is the launch or investment in a company that focuses on one aspect of aging or age-related diseases.

One company, Life Biosciences, is taking a broader—yet also specific—approach to longevity and diseases of aging. Co-founder and chairman David Sinclair took time to talk to BioSpace about the company and its approach.

First, it’s important to note that Life Biosciences, and many in the field of longevity research, cite eight areas that account for aging and age-related diseases. They are: mitochondrial dysfunction; altered communication and inflammation; chromosomal instability; cellular senescence; loss of proteostasis; epigenetic alterations; stem cell exhaustion; and metabolism.

Many companies are focused on just one area. For example, Unity Biotechnology is focused on killing senescent cells. These cells are basically aging cells that aren’t quite dead but aren’t actually doing anything anymore. They build up in the body and are part of what makes people feel old—related to achy joints, diminished eyesight and some diseases of aging. Unity believes that if you can kill those senescent cells, you can eliminate many of the symptoms of aging. Not that Unity focuses only on senescent cells. The company is studying other factors of aging as well, including mitochondrial dysfunction and loss of circulating youth factors.

Life Biosciences doesn’t disagree but takes a more global approach. Sinclair says he and co-founder and chief executive officer Tristan Edwards were “going around the world, talking to many colleagues, finding who were the best people in several areas, and encouraging them to join our family of companies called Life Biosciences.”

At the moment, Life Biosciences has six “daughter” companies. Each of the companies has a focus on at least one of the eight focus areas of aging, but they use centralized data-sharing and communications platforms, Lua and LifeAI.

“We’ve set out to tackle all of them,” Sinclair told BioSpace. “It’s not sufficient to do just one, you need to do all eight. There’s huge value in synergizing, by having these daughter companies work together using central resources.”

Life Biosciences also has LifeLab, a 24,000-square-foot laboratory in Cambridge, Mass., which acts as the company’s centrally operated laboratory. It has a core team that designs, executes and analyzes studies, and also hosts the daughter company scientists.

The six (and counting) daughter companies include:

Senolytic Therapeutics – Based in Boston and Barcelona, Spain, Senolytic is focused on so-called “zombie” senescent cells and developing strategies to destroy them. Its co-founders are Manuel Serrano and Marc Ramis Castelltort.

Jumpstart Fertility – Headquartered in Boston and Sydney, Australia, Jumpstart is working on therapies to improve egg cell quality and restore fertility in women of advancing age or who have problems with premature infertility. The company’s founders are Lindsay Wu and Hayden Homer.

Continuum Biosciences – Located in Blacksburg, Va. And Sydney, Australia, Continuum has discovered self-limiting uncouplers highly specific to mitochondria. These have implications in obesity, diabetes, liver diseases and other conditions. It was co-founded by Kyle Hoehn and Webster Santos.

Animal Biosciences – Headquartered in Boston, Animal Biosciences is researching new compounds for veterinary use, or as the company says, “to develop proven treatments to prolong youth and expand the lifespan of our four-legged friends.” The company’s chief executive officer is Doug Korn, who most recently was vice president of Strategy for Mars Petcare North America.

Spotlight Biosciences – Based in Boston, Spotlight focuses on peptide biology. The company is developing a platform to identify and quantify novel peptides. It was co-founded by Sinclair and Bogdan Budnik.

Selphagy Therapeutics – Located in Boston and New York, Selphagy focuses on “autophagy,” which is how young, healthy cells recycle “junk.” The company is focusing on developing drugs that restore autophagy in lysosomal storage diseases related to aging. The company was co-founded by Ana Maria Cuervo and Evris Gavathiotis.

Sinclair notes that Life Biosciences expects to have three to five clinical programs in humans in 2019 from the various companies. “We have intentionally focused on early preclinical work because we were doing the land grab in the aging space. Many of the scientists’ work and IP were not publicly available, that’s why they are overall preclinical. We do have sights on clinical assets I can’t talk about yet.”

Sinclair points out that, unless some of the other longevity companies, Life Biosciences isn’t a small startup. They’ve been in stealth mode for about three years and they’re not small. They’re employing about 95 people. “It depends on what you mean by small, but the typical company we started has a CEO in place, some scientists, a couple of scientific co-founders and they work either with CROs or they use our central resources here in Boston.” In addition to the LifeLabs, Lua and LifeAI, they have robotic screening, chemistry and bioanalytics, high-throughput mass spectrometry and a vivarium with both young and old animals, and “state-of-the-art technology with cameras and sensors that will provide huge amounts of data that would normally be missed in these studies.”

In fact, Animal Biosciences, with its focus on pet-oriented veterinary longevity and health, has its own biotrackers for animals. “They’re on sale across Australia,” Sinclair says, “and we will be able to do not just one to two clinical trials, but hundreds of thousands of pets will be giving us important data and help us guide our future clinical trials” for animal-related therapeutics.

Overall, Life Biosciences is a longevity company, but Sinclair is cautious about the language used. For example, he notes that they don’t like the word “anti-aging.” He says, “When we talk about the aging space, there’s a misperception that we’re focused on aging—that may be the eventual outcome, but we’re really no different in the steps we take than other companies, standard biotech companies. We may be more advanced in terms of AI or centralized services, but when people say, ‘Oh, you’re making a drug for aging,’ that’s not quite right. We are using the science from the aging field to help create and hopefully cure both rare and common diseases that affect the world.”

He goes on to say, “The theme is aging, but the proximal goal is to make use of this incredible new understanding of why we grow old and our bodies become frail. We think we can. And if we do that correctly, treating one disease will treat many with the eventual outcome of longevity.”