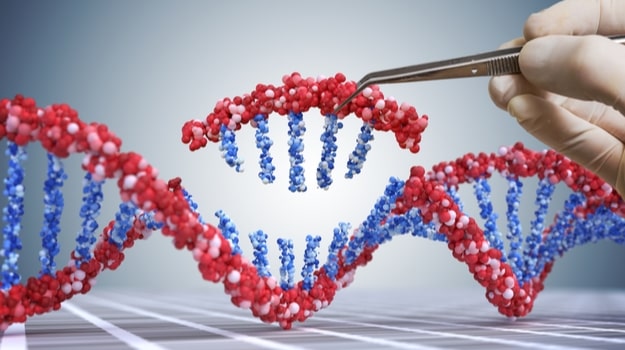 There is little doubt that CRISPR gene editing is and will continue to revolutionize biology and medicine. The Nobel Committee confirmed their belief in that by awarding the Nobel Prize in Chemistry to Emmanuelle Charpentier and Jennifer A. Doudna for their discovery and development of CRISPR.

Of it, Göran K. Hansson, secretary-general of the Royal Swedish Academy of Sciences, said the award was about “rewriting the code of life.”

The winners were announced at the Royal Swedish Academy of Sciences in Stockholm. The prize comes with a cash award of 10 million Swedish krona, which comes to $1.12 million (U.S.), shared by the laureates, and a gold medal for each winner. The formal ceremonies will be held online in December because of the pandemic.

Charpentier, who is French, is based at the Max Planck Unit for the Science of Pathogens in Berlin, and Doudna is at the University of California, Berkeley.

CRISPR stands for Clustered Regularly Interspaced Short Palindromic Repeats. With that and the Cas9 enzyme, the system allows researchers to specifically cut the genome at a desired location, which allows existing genes to be removed or new genes to be inserted.

Broadly, CRISPR-Cas9 as a technology was discovered by Doudna and Charpentier, who was then at the University of Vienna, followed by the Umea Centre for Microbial Research in Sweden, then the Helmoltz Centre for Infection Research in Braunschweig, Germany. The two began a collaboration in 2011 and published their landmark paper in Science in 2012.

The discovery and development of CRISPR has come with a certain amount of controversy. It has been tangled up in patent battles pretty much from the beginning. Feng Zhang, a researcher at the MIT-Harvard Broad Institute, filed a broad U.S. patent claim on the technology. The patent battles revolve around changes in U.S. patent law in the last few years. For a long time, it was “first to invent,” meaning that whoever was the first person to invent or discover a technology was the patent owner. They had to prove it, which creates its own hurdles. Then, in late 2011, the U.S. switched to “first-to-file,” and it went into effect on March 16, 2013. Various aspects of the patent litigation also include which particular settings the patents apply to—in mammalian eukaryotic cells as opposed to bacterial cells, in test tubes or in live animals, for example, and whether Zhang’s developments were obvious or not based on Doudna and Charpentier’s work.

Also, in November 2018, He Jiankui, affiliated with the Southern University of Science and Technology of China in Shenzhen, used CRISPR-Cas9 gene editing to alter the DNA of embryos for seven couples in China. What He Jiankui did was use CRISPR gene editing on human embryos to disable a gene called CCR5. This gene creates a protein that allows HIV to enter a cell. All the men of the seven couples had HIV and the women did not.

The CRISPR editing was performed during in vitro fertilization (IVF). The sperm was “washed” to separate it from semen, where HIV is present. Then a single sperm was inserted into a single egg to create an embryo. Then the CRISPR-Cas9 gene editing tool was applied. It was widely condemned, including by Doudna, and leading scientists called for a moratorium on heritable genome editing, including Doudna, Charpentier and Zhang.

In addition to Zhang, other researchers, including George Church at Harvard Medical School and Virginijus Siksnys at Vilnius University in Lithuania, have been cited and recognized with other awards for their contributions to the development of CRISPR. But it is Doudna and Charpentier who won the Nobel.

Doudna indicated she was “really sound asleep” when a Nature reporter called to tell her of the award.

“I grew up in a small town in Hawaii and I never in a 100 million years would have imagined this happening,” Doudna said. “I’m really stunned. I’m just completely in shock. I know so many wonderful scientists who will never receive this, for reasons that have nothing to do with the fact that they are wonderful scientists. I am really kind of humbled.”

In less than 10 years, CRISPR-Cas9 has been leveraged to develop genome-edited crops, insects, genetic models and experimental human therapies that are being evaluated in clinical trials for diseases such as sickle cell anemia, hereditary blindness and cancer.