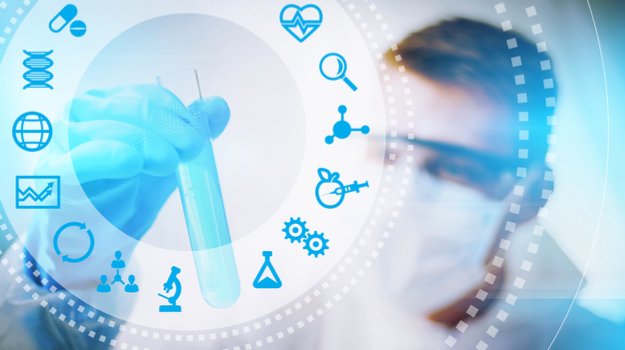 Tuesday, January 8, was another busy day in San Francisco for the JP Morgan Healthcare Conference. One interesting sideline was the idea that the current government shutdown could complicate some deals. Kent Thiry, chief executive officer of dialysis provider DaVita, who is working on the sale of its medical group to UnitedHealth Group this quarter, said, “We couldn’t guarantee that even if the government wasn’t shut down, but we and the buyer are both working toward that goal with the same intensity if not more.”

And in a slightly amusing bit of synchrony, U.S. Food and Drug Administration (FDA) Commissioner Scott Gottlieb’s keynote address that was delivered by way of video conference from Washington, D.C., had his audio cut out in the middle of the presentation. Gottlieb was talking about teen nicotine use and continued talking, unaware that his audio had shut off for 30 seconds. When it reconnected, the sound quality was reportedly poor.

bluebird bio’s chief executive officer, Nick Leschly, gave an update of his company’s pipeline, with a particular emphasis on a proposed payment model for its upcoming LentiGlobin, a gene therapy being evaluated for transfusion-dependent ß-thalassemia (TDT). The gene therapy is expected to be approved in Europe this year and in the U.S. in 2020. Although the price hasn’t been set, figures up to $2.1 million per treatment have been floated. Bluebird is proposing a five-year payment program, a pledge to not raise prices above CPI, and no costs after the payment period.

Eli Lilly’s chief executive officer David Ricks, just days after acquiring Loxo Oncology, offered up projections for this year, noting that 45 percent of its revenue will be created by drugs launched in 2015. Those include Trulicity, Taltz and Verzenio. The company also expects to launch two new molecular entities this year—nasal glucagons, a rescue medicine for high blood sugar (hyperglycemia), and Lasmiditan, a rescue drug for migraine headaches.

CNBC’s Jim Cramer interviewed Allergan chief executive officer Brent Saunders, in particular discussing the fact the company’s shares traded in 2015 for $331.15 but were now trading for $145.60. Cramer noted that the company’s internal fundamentals were strong, with multiple pipeline assets and a strong leadership team. Some of the stock problems are related to what Saunders said were “unforced errors,” including intellectual property rights to Restasis, its dry-eye drug, and Allergan’s dubious scheme to protect those patents by transferring the rights to the Saint Regis Mohawk Tribe in New York. On the positive side, the company’s medical aesthetics portfolio, dominated by Botox, is very strong and the overall market is expected to double.

One of the big areas of conversation is so-called “flyover tech.” Biopharma startups are dominant in Boston and in San Francisco, but suddenly venture capital investors have realized there’s a lot going on in between. New York City-based Radian Capital, for example, invests exclusively in markets outside major U.S. cities.

“At Radian, we partner with entrepreneurs who have built their businesses with a focus on strong economics rather than growth at all costs,” Aly Lovett, partner at Radian, told The Observer. “Historically, given the amount of money required to stand up a product, the software knowledge base, and coastal access to capital, health start-ups were concentrated in a handful of cities. As those dynamics have inverted and as the quality of living becomes a more important factor in attracting talent, we’re not seeing a significant increase in the number of amazing companies being built outside of the Bay Area.”

“Flyover companies” mentioned include Bind in Minneapolis, Minnesota; Solera Health in Phoenix, Arizona; ClearDATA in Austin, Texas; Healthe, in Eden Prairie, Minnesota; HistoSonics in Ann Arbor, Michigan; and many others.

Only a month after its record-breaking IPO, Moderna’s chief executive officer Stephane Bancel, spent time both updating the company’s clinical pipeline and justifying the company’s value despite the stock dropping off 26 percent since the IPO. Although one clinical program, a Zika vaccine, mRNA-1325, has been abandoned, the company has three new drugs coming into the clinic: mRNA-2752 for solid tumors or lymphoma; mRNA-4157, a Personalized Cancer Vaccine with Merck; and mRNA-5671, a KRAS cancer vaccine. The company also submitted an IND amendment to the FDA to add an ovarian cancer cohort to its mRNA-2416 program.

One interesting bit of trivia, supplied on Twitter by Rasu Shrestha, chief innovation officer for the University of Pittsburgh Medical Center, this year at the conference, 33 female chief executive officers were presenting corporate updates … compared to 19 men named Michael. Well, it’s a start.

And for another bit of trivia, Elisabeth Bik, of Microbiome Digest, tweeted, “San Francisco prices are so out of control that one hotel is charging the equivalent of $21.25 for a cup of coffee during a JPMorgan conference.”