Is the Push for Lower Drug Prices Surging Again? 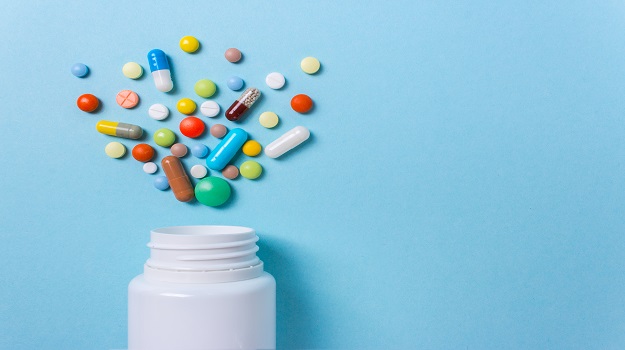 During the 2016 U.S. presidential election, the push for lower drug prices became one of the hot-button topics. Once Donald Trump was elected president, the issue faded from the headlines for the most part, although it cropped up again earlier in the year when the White House’s Council of Economic Advisers recommended cutting government regulations in order to lower drug prices. Even then, it never quite caught the public’s attention the way it did during the presidential election.

However, there appears to be some efforts by advocacy groups and government entities to tackle the subject in several different ways. One is to look at copays. David Mitchell, founder of the nonprofit Patients for Affordable Drugs, told USA Today, “Do away with copay assistance and lower the price.”

What Mitchell is referring to is how drug companies and some organizations offer assistance to pay for high-priced drugs—rather than just setting lower drug prices. But James Romano, director of government relations for Patient Services, Inc., a copay assistance group, told USA Today, “There is no current public policy provision put forth by insurance companies or the federal government to be an alternative to the patient assistance, other than kicking these people off their plans.”

On the part of the U.S. Food and Drug Administration (FDA), in a budget meeting with Congress, FDA Commissioner Scott Gottlieb mentioned one part of a two-part policy to “modernize generic drug development and review” that would cut drug costs. The second part is related to drug and device post market surveillance.

The first part, however, focuses on making existing generic drugs more available. The Regulatory Affairs Professionals Society (RAPS), writes, “The first component involves establishing a structured application for generics to allow ‘key sections of the generic drug file to be captured in a structured template,’ Gottlieb said. This will in turn ‘speed the review of the application and cut down on the number of review cycles that applications must undergo, thereby reducing generic drug development timelines.’”

The gist here is that there are approximately 5,600 referenced-listed drugs that have generic versions, but out of them, about 1,170 are tagged as discontinued or have been withdrawn by their original sponsors for reasons unrelated to safety or efficacy.

That would likely make more generic drugs available, but it’s hard to see how that would affect the sky-high prices of new biologics drugs or gene therapy products. Some of the most expensive drugs in the world include Gilead Sciences’ Harvoni and Sovaldi for hepatitis C, with a cost of about $87,800 and $73,800 per year, respectively; Gilead’s Epclusa, also for HCV, at $73,300; Merck’s Zepatier for HCV, at $52,600; and, interestingly, a generic drug, bexarotene, for T-cell lymphoma. It’s a generic version of Ortho’s Targretin, and runs about $49,800.

But those are inexpensive compared to some of the new drugs for rare diseases. uniQure’s Glybera, not approved in the U.S., to treat familial lipoprotein lipase deficiency, runs over $1.2 million per year. Alexion Pharmaceuticals’ Soliris for paroxysmal nocturnal hemoglobinuria runs around $700,000 a year. Shire’s Elaprase for Hunter Syndrome runs about $500,000 per year.

Very few, if any, patients could afford them on their own. Insurers are generally willing to cover these because they’re the only treatment available, but they are also negotiating directly with the companies and dealing with various copay schemes.

USA Today writes, “The mix of potential solutions underscored how the issue is at the crossroads of American medicine. The likely fixes include expanding government’s control of health care, especially through drug price negotiations, to big insurance companies forging their own discount programs. One federal move in this area has unintended consequences, says Romano. In 2014, the Centers for Medicare and Medicaid Services (CMS) limited how much drug copayments and cost-sharing assistance could be provided to patients with ACA plans because of fears sick patients would flood Obamacare marketplaces.”

“CMS has given the green light to insurance plans to use this as a way of taking people with very expensive disorders and pre-existing diseases off their plans,” Romano told USA Today.

Currently there are numerous initiatives under consideration that might affect drug prices. There are several bills pending in Congress that would allow the federal government to negotiate drug prices for Medicare. There are also state-level discussions over Medicaid price caps. There is still talk in the public, no matter how unlikely, of Medicare-for-All or some sort of single-payer, federal government-run healthcare system. And various pharmacy benefit management companies are leaning on Congress to address incentives and drug coverage. Aetna and UnitedHealthcare plan to pass rebates from drug makers along to customers starting next year.

Last year, there were more than 30 states that had bills proposed related to drug pricing. Nonetheless, not much change has occurred.