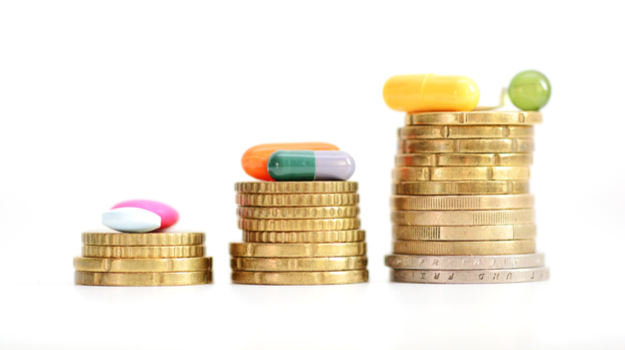 The high cost of prescription medications has been a common subject of discussion in the news as of late. Many studies have been done regarding this, including one that shows that, on average, the US pays more than 10 other wealthy nations combined for medication.

There have been a lot of ideas proposed to help combat these costs, but few can agree on what plan would work best. Recently, however, a few companies have decided to enact their own plans that they believe will help bring down the cost of new therapies.

CVS Caremark has launched a new program that will allow its clients to exclude any medication that launches at a price greater than $100,000 per quality-adjusted life-year (QALY), which is a benchmark created by the Institute for Clinical and Economic Review (ICER). This is intended to force pharmaceutical companies to drop the price of their medications by denying patients from purchasing them if they cost more than the threshold CVS has set.

But CVS isn’t the only one attempting to implement new policies to try and bring drug prices down. New York state’s Medicaid program has decided to exclude a new cystic fibrosis medication, citing that it costs too much for how effective it is. The drug in question, Orkambi, costs $272,000 a year but hasn’t shown to be very effective at helping patients.

Other companies like Express Scripts are following suit as well, using their own exclusionary plans that they hope will force pharma companies to give them better prices.

Whether or not these new programs will have the desired effect remains to be seen and with all of these health plans enacting these new programs, pharmaceutical companies have begun asserting their positions on the topic.

Not long after CVS and the state of New York made their announcements for their new programs, Dr. Robert W. Dubois, the chief science officer and executive vice president of the National Pharmaceutical Council, spoke out against them.

Much of Dr. Dubois’s argument against these kinds of programs hinges on the idea that patients won’t be able to access the medication that they require. He also believes that this plan focuses too much on cost-effectiveness when deciding the value of a new therapy.

According to Dubois, to fully determine the correct value of a medication, many other considerations need to be taken into account. A few of the examples he gave include the medication’s ability to treat illnesses that were previously insufficiently treated, the possibility of a cure for the illness and the hope that it creates, and the ease of the regimen compared to other treatments.

Dubois also criticizes CVS’s implementation of the plan, noting that ICER’s framework has a variable economic threshold while CVS will be using a single threshold set at $100,000. He believes that such a dichotomous decision is a mistake and will end up severely limiting the kinds of new therapies patients have access to as, under CVS’s plan, a medication that is even slightly above their set threshold will be denied.

After Dr. Dubois made his statement against CVS and New York State’s new plans, CVS wrote their own article to fire back at him and the pharmaceutical companies he speaks for. They start off by pointing out that Dubois represents various pharmaceutical companies and, thus, his words should be seen in that light. They follow that up by defending their usage of ICER’s benchmark and how they’ve implemented their new plan.

If one is to take Dr. Dubois’s words as representative of the pharmaceutical industry as a whole, then it would seem as though pharma companies are very much against these new plans that companies like CVS are implementing.

However, not all pharma companies are completely against adjusting the cost of medications according to ICER’s benchmarks. Both Sanofi and Regeneron have announced that they will make their cholesterol medication more affordable to be in line with ICER’s analysis. But it remains to be seen if they will follow this plan for more medications later on.

It would appear that pharmaceutical companies are still divided on the best method to go about lowering the cost of medications for patients. Insurance companies and other healthcare programs are also uncertain about the best way to force pharma companies to lower their prices, with each one attempting to enact their own plans to solve this issue.

The one thing that they all seem to agree on, however, is that the costs of new medications are currently too high for most patients and something needs to be done about it.