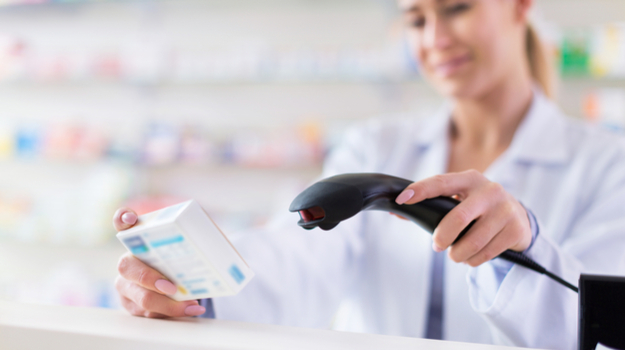 Although there is a general complaint about drug prices, which rocketed into the public domain during the 2016 U.S. presidential election, nothing particularly dramatic has been done about it. There appear to be at least two primary components of high drug prices: high launch prices of new brand biologics and overall year-to-year price increases for brand drugs already on the market. One report, according to the Association for Accessible Medicines, cites the average annual price of specialty drugs tripling over the last decade, jumping from about $18,000 to more than $52,000.

One thing that was supposed to decrease the price of biologics was the advent of biosimilars. Biosimilars are basically generic versions of biologic drugs, although unlike generic drugs, though they are not direct copycats of the originating drugs, but “similar.” This requires them to undergo a regulatory process similar to that for the drug they are copying.

However, although biosimilars have caught on in Europe, they have a much smaller presence in the U.S. market. The U.S. Food and Drug Administration (FDA) has only approved about 11 biosimilars in the U.S. compared to approximately 25 in Europe. And only about three of them are available in the U.S. because of business tactics branded drug companies have used to slow the competition.

FDA Commissioner Scott Gottlieb, in a July speech to the Brookings Institution, said, “It’s anemic because consolidation across the supply chain has made it more attractive for manufacturers, Pharmacy Benefit Managers, Group Purchasing Organizations and distributors to split monopoly profits through lucrative volume-based rebates on reference biologics—or on bundles of biologics and other products—rather than embrace biosimilar competition and lower prices.”

He also denounced litigation that has delayed market access for biosimilar products. In that regard, the FDA developed a Biosimilars Action Plan with 11 key actions designed to improve biosimilar presence in the U.S. They include:

CVS Caremark took matters into its own hands recently and launched a new program that will compare the cost and effectiveness of specific medications, particularly launch prices of new drugs, hoping to pressure manufacturers to decrease drug costs.

“No one but manufacturers have, until now, had any control over the launch price of newly patented drugs,” CVS stated in its announcement. “This new approach, harnessing the power of the market, could change manufacturer behavior.”

Part of the company’s initiatives is the CVS Pharmacy Rx Savings Finder, “which will enable the company’s retail pharmacists for the first time to evaluate quickly and seamlessly individual prescription savings opportunities right at the pharmacy counter. This new tool further enhances existing savings opportunities the company’s pharmacy benefit manager (PBM) CVS Caremark is currently offering its clients such as the preventive drug lists that make medications for many common, chronic conditions available at a $0 copay.”

CVS also said it plans to offer real-time, member-specific drug costs and lower-cost alternatives to prescribes via its electronic health record system and a member portal.

Kevin Hourican, executive vice president, Retail Pharmacy, CVS Pharmacy, stated, “Armed with the information available through our Rx Savings Finder, our more than 30,000 CVS pharmacists can play an important role by helping patients save money on their medications, providing advice on how and when to take them, and ultimately helping them achieve better health outcomes. We are beginning this process with our CVS Caremark PBM members and expect to roll it out more broadly throughout the year.”

The company plans to set a threshold of $100,000 per QALY, or quality-of-life years for drug launches. This measures the quantity and quality of life created by providing a treatment.

It would appear that 2018 is the year that pharmacy benefit managers have taken a great deal of criticism from the industry, while also punching back. In April, Express Scripts, the largest prescriptions benefits manager in the U.S., targeted Amgen and Eli Lilly’s new migraine medicines to control drug prices.

The typical strategy is having a high U.S. list price, then lowering it for health plans through rebates. Express Scripts is pushing the two companies to skip that strategy. Reuters notes, “It is also seeking a refund if the drugs don’t work within a defined timeframe. The shift could help Express Scripts and other pharmacy benefits (PBMs) bring prices down and deflect growing criticism of their role as ‘middlemen’ in the drug supply chain.”

Express Scripts’ chief medical officer, Steve Miller, told Reuters, in a message seemingly aimed at drug companies, “If your expectation is that you are not going to actually get that high list price, then don’t do that to patients who have high co-pays. Let’s be more balanced. Let’s get back to where gross-to-net is not so different.”

At the end of July, Leonard Schleifer, the co-founder of Regeneron Pharmaceuticals criticized pharmacy benefits managers during a Forbes interview.

Forbes provided a succinct description of U.S. drug pricing, writing, “In a complicated ritual, a drug developer sets a steep list price on a novel treatment, then cuts rebate deals with the middlemen called pharmacy benefit managers. The rebates, which go back to insurance companies or the employers that pay insurance companies, mean insurance plans favor one medicine over another for financial reasons. Schleifer says the whole system ‘needs a reboot.’ But in the meantime, he has to play the game.”

One thing that Regeneron does in terms of pricing that seems a little unusual, is to submit its pricing scheme to the Institute for Clinical & Economic Review, a nonprofit that typically argues drugs are too expensive. Regeneron submitted Dupixent to the Institute for their review. “This is really a great example of how it should work,” said Steven Miller, the chief medical officer at Express Scripts, at the time.

Maybe, although Schleifer clearly isn’t a fan of how the pharmacy benefit managers fit into the pricing system. Forbes notes, “The difference between a $10,000 drug with a $4,000 rebate and a drug simply priced at $6,000 is that the former lets the benefit manager crow about the savings it delivers and pass money back to the company buying the health plan. ‘I would like to see the rebate system go away,’ Schleifer says.”

Only a few days later, Ian Read, Pfizer’s chief executive officer, took a turn criticizing rebates and pharmacy benefits managers. Read indicates that Pfizer presently gets about 58 percent of its list prices on drugs, with about 40 percent going to middlemen. Reuters notes, “He said ending the rebate system would allow drugmakers to keep price hikes in line with health care inflation. The largest U.S. drugmaker retreated from planned price hikes on about 40 of its drugs earlier this month, following criticism from President Trump. Read has spoken with Trump and visited the White House since deferring those price increases.”

Reuters noted that the Trump Administration has proposed a rule to push back protections already in place that allow rebates between drug companies and pharmacy benefit managers (PBMs). Read believes the administration wants to eliminate them completely and has discussed its plans “in broad terms” with Health and Human Services Secretary Alex Azar.

At heart, it sounds like drug companies are blaming the high cost of drugs on the cuts pharmacy benefits manager take on drugs, while the PBMs blame the drug companies for the high initial prices. It’s not inconceivable that CVS Caremark and other PBMs are responding to criticisms by the industry, but also attempting to put policies into place that could fend off dramatic changes by the Trump Administration. Or perhaps, as STAT points out, “PBMs are under pressure to demonstrate their own value at a time of rising drug prices.”