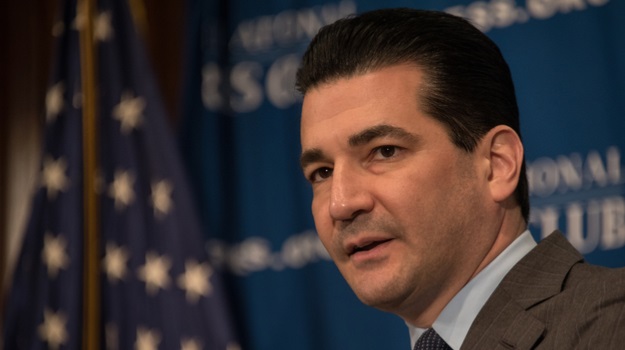 In a speech given at the Brookings Institution preceding the release of the U.S. Food and Drug Administration (FDA)’s Biosimilars Action Plan, FDA Commissioner Scott Gottlieb unloaded on big pharma.

Biosimilars are basically generic versions of biologics drugs. But unlike generics, which can be a direct copycat of a drug that is no longer under patent protection, a biosimilar is modified so it is only “similar” to the drug it is copying. The U.S. has lagged behind Europe in approving biosimilars, with only 11 approved in the U.S. compared to about 25 in Europe. And eight of the 11 biosimilars aren’t currently available in the U.S. because of business tactics branded drug companies have utilized to slow the competition.

Gottlieb noted that less than two percent of Americans use biologics, but they account for 40 percent of total spending on prescription drugs. They also represent 70 percent of the growth in drug spending from 2010 to 2015, and are expected to be the fastest growing segment of drug spending. As a result, the FDA and U.S. insurers should make it a priority to reduce the costs of biologics. The FDA’s Biosimilars Action Plan is designed to help “make the process for developing biosimilars more efficient,” he said in his speech.

Gottlieb noted that, because only three biosimilars are currently on the U.S. market, competition is anemic. “It’s anemic,” he said, “because consolidation across the supply chain has made it more attractive for manufacturers, Pharmacy Benefit Managers, Group Purchasing Organizations and distributors to split monopoly profits through lucrative volume-based rebates on reference biologics—or on bundles of biologics and other products—rather than embrace biosimilar competition and lower prices.”

He went on, “It’s anemic because litigation has delayed market access for biosimilar products that are, or shortly will be, available in markets outside the U.S. several years before they’ll be available to patients here. These delays can come with enormous costs for patients and payors.”

The Agency and Gottlieb, based on a study that will be released soon, believes that broader access to biosimilars could have saved more than $4.5 billion in healthcare costs in 2017. He also points out that as they continued, those savings would increase because competition would drive biologics prices down.

In a direct broadside at the industry, he said, “The branded drug industry didn’t build its success by being business naïve. They are smart competitors. But that doesn’t mean we need to embrace all of these business tactics, or agree that they’re appropriate. Some of these tactics should be unacceptable to every member of the drug supply chain. Biosimilars may be relatively new, but manufacturers’ tactics to delay and frustrate Congress’ legislative intent to promote competition in drug pricing date back decades.”

Gottlieb wrapped up, saying, “There’s active work underway on bold reforms, like shifting biologics from Medicare’s Part B scheme into a competitively bid system like Part D, where we can take full advantage of price and therapeutic competition. These types of approaches can delink physician reimbursement from drug prices and inject more competition into the market, while increasing the incentives to create the next great innovation that’s going to advance human health.”