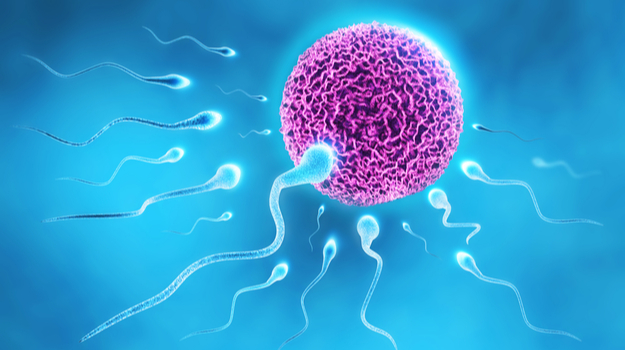 The first trial to test the safety and efficacy of a reversible male birth control gel is underway. If approved, this could be the first male hormonal birth control on the market.

“This gel reduces sperm count to a contraceptive level,” Clint Dart, the Vice President, Biostatistics and Programming at Health Decisions (the CRO running the study), exclusively told BioSpace. “Once a man’s sperm concentration is low enough (less than 1 million/mL), there is a 97 percent chance that their partner will not get pregnant.”

The Phase 2b trial of male birth control gel began in October 2018 and is currently recruiting 420 couples over three U.S. locations (Los Angeles, Seattle, and Kansas) with multiple worldwide locations in England, Scotland, Italy, Sweden, Kenya, and Chile set to open in 2019 by the end of the first quarter.

This trial will not only test the gel’s efficacy in preventing pregnancy, but also men’s compliance and couple’s acceptance of this contraceptive method, which is critical to real-world applicability and ultimately efficacy.

"The success of a reversible contraceptive for men requires an approach that reduces the production of sperm without impacting a man's testosterone levels or ability to produce sperm at a later date," Christina Wang, Assistant Dean in Clinical and Translational Sciences at the David Geffen School of Medicine at UCLA and a principal investigator of this trial, said in a press release.

“To create sperm, you need a high level of testosterone in the testes,” said Dart. “This gel reduces the sperm count to a level that is contraceptive by decreasing sperm production due to lower testosterone levels in the testes.”

The gel, called NES/T, is a combination of two hormones: Nestorone (NES, segesterone acetate), a type of progestin hormone, and testosterone (T). Progestin hormones are commonly used in female contraceptives, either alone or in combination with estrogen. Nestorone, specifically, is not effective when administered orally and must be delivered in other ways, which is why this drug is formulated as a gel.

Testosterone is included in the male birth control gel as an “add back” treatment to reduce the side effects of low systemic testosterone while still maintaining lower testosterone levels in the testes.

"The challenge is achieving the right combination of Nestorone and testosterone at the right time," Wang added.

This open-label, single arm, Phase 2b trial of male birth control gel is currently enrolling patients; enrollment is anticipated to take about one year to complete. To enroll a couple, they must go through a 4-8-week screening phase where lab work is done on both patients and the man’s sperm count and morphology are examined. Once a couple is enrolled, the man will start using the gel to suppress sperm production for up to 20 weeks, until his sperm count is consistently low enough to prevent pregnancy. During that period, the couple will still be allowed to use other forms of contraception. After that suppression phase, a 52-week efficacy phase will begin, where the couple uses the NES/T gel as their only form of contraception. Finally, during the recovery phase, estimated to be about 24 weeks, the man will stop using the gel to allow his sperm count to return to pre-suppression levels.

During the entire trial, the man’s sperm count will be measured during monthly visits to ensure it stays below the fertility threshold. The pregnancy rate (based on the number of pregnancies that occur in the efficacy phase) and rate of compliance with gel usage will be assessed to both measure the gel’s efficacy and gauge the gel’s overall acceptance as a male contraceptive method.

While the male birth control gel can, in principle, be applied topically anywhere on the body, the FDA has instructed similar hormone-containing gels to be applied to the shoulder to reduce the risk of testosterone being transferred to others, especially women and children.

The trial is sponsored by Health Decisions, Population Council, and the Eunice Kennedy Shriver National Institute of Child Health and Human Development (NICHD). The final results from this study are expected to be available in 2022, when the decision to continue on to a larger Phase III study will be made.

At the time of this writing, 28 studies were listed involving “male contraception” on ClinicalTrials.gov. Of those, four trials studying novel male contraception are currently recruiting (including the NES/T gel trial), all of which are being run by Health Decisions. The remaining three trials are studying the effect of a drug on testosterone levels in the blood and/or sperm creation, effectively aiming to create a male birth control pill.

One double-blind, placebo-controlled, Phase 1 dose-escalating study recruiting up to 40 healthy men is examining the safety and efficacy of 11-β methyl nortestosterone dodecylcarbonate (11β-MNTDC), an orally active synthetic androgen derivative. The participants will be given 11β-MNTDC capsules at the low dose (200 mg) for 28 days, followed by safety testing before being given the higher dose (400 mg) for an additional 28 days. The effect of this drug on the men’s testosterone and gonadotropin levels will be measured.

A related double-blind, placebo-controlled, dose-ranging Phase 1 study is currently ongoing with 12 male participants. Participants are being given four doses of 11β-MNTDC (100, 200, 400, and 800 mg) with a one- to two-week washout period before dose escalation.

Another double-blind, placebo-controlled Phase 2 study is recruiting 100 healthy men to test the drug dimethandrolone undecanoate (DMAU), a synthetic hormone that has the activity of an androgen and progestin. DMAU will be taken as a capsule for 12 weeks (either 100, 200 or 400 mg) with or without levonorgestrel (0.03 mg) to examine their effect on spermatogenesis (the creation of new sperm). The DMAU capsule must be taken after a meal to be effective.

A related double-blind, dose-ranging Phase 1 study in 83 healthy men studying different formulations of DMAU is also recruiting. Patients will be given a certain dose of DMAU injected intramuscularly (80, 240, 480, and 800 mg) or subcutaneously (50, 100, and 200 mg). The patients’ serum testosterone and gonadotropin levels will be measured, and spermatogenesis will be examined via semen analysis.

Health Decisions is a “full-service CRO specializing in clinical studies of therapeutics for women’s health indications and studies of diagnostics for all therapeutics areas.” Since its beginning more than 29 years ago, it has conducted over 140 clinical trials in women-only indications, including contraception, high-risk HPV, risk of preterm birth, and STIs. Health Decisions provides services “enabling many developers of both women’s health products and diagnostics to meet their development and business goals.” More information can be found on their website.

So, this was all about the new invention for population control and we can hope to see the revolutionary male birth control gel in the markets soon.