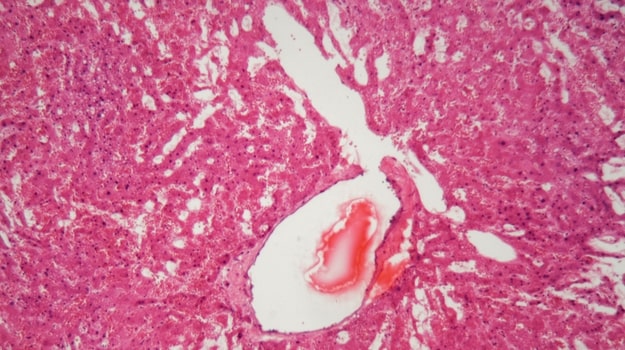 Transthyretin Amyloidosis (ATTR) is a rare, progressive and fatal disease. Previous treatments could only hope to slow progression. But Intellia Therapeutics hopes to change that bleak prognosis with a potentially curative therapy to reverse the gene mutation in ATTR patients.

Intellia has received approval to launch their Phase I trial of NTLA-2001 in hereditary ATTR. Their NTLA-2001 candidate uses their proprietary non-viral lipid nanoparticle platform, which will deliver this CRISPR/Cas9-based therapy. Lipid nanoparticles are the most clinically advanced gene delivery system, overcoming nucleic acids delivery inefficiencies.

hATTR is an inherited DNA mutation of the TTR gene. The mutation causes the liver to produce a protein called transthyretin (TTR), which is normally dissolvable, to instead fold over on itself, building up in the body between cells to form amyloid deposits. The buildup can manifest in multiple ways including polyneuropathy which leads to nerve damage, cardiomyopathy which can lead to heart failure, in addition to affecting the gastrointestinal, ocular, and spinal systems. Because the symptoms involve multiple tissues and organs, ATTR can be difficult to identify.

Becky Hansen felt like she was experiencing déjà vu when she first began showing symptoms similar to what her father had before hATTR claimed his life when she was only 10. Becky is now in Boston, enrolled in a clinical trial with monthly injections hoping to reverse her mutated proteins. She’s desperate for a cure before her 4-year-old daughter potentially faces the same devastating prognosis as her mother and grandfather.

Intellia was co-founded by Nobel Laureate Jennifer Doudna, Ph.D., who was part of the research duo that first developed CRISPR into a genome editing tool. They believe the CRISPR/Cas9 technology has the potential to transform medicine by producing therapeutics that can permanently correct disease-associated genes in the human body with a single treatment.

“Starting our global NTLA-2001 Phase 1 trial for ATTR patients is a major milestone in Intellia’s mission to develop medicines to cure severe and life-threatening diseases,” said Intellia’s President and Chief Executive Officer John Leonard, M.D. “Our trial is the first step toward demonstrating that our therapeutic approach could have a permanent effect, potentially halting and reversing all forms of ATTR. Once we have established safety and the optimal dose, our goal is to expand this study and rapidly move to pivotal studies, in which we aim to enroll both polyneuropathy and cardiomyopathy patients.”

Intellia is expecting to dose the first patient by the end of the year. They will enroll up to 38 adults with hATTr-PN, the hereditary form of amyloidosis with peripheral nerve damage. The primary objectives of this first phase are to assess the safety, tolerability, pharmacodynamics and pharmacokinetics, including the measurement of serum TTR levels following a single intravenous infusion. The secondary objectives are to evaluate efficacy on clinical measures of neurologic function.

An hATTR prognosis feels like and can be a death sentence for many patients. After losing her father and four siblings to hATTR-CM (cardiomyopathy), Miriam Jodway in California told BioSpace she is only alive today thanks to a heart and liver transplant.

For Brad in Williamsport, Maryland, his hereditary amyloidosis caused polyneuropathy, which crippled him from a hard-working farmer to a man struggling to walk and dress himself. Brad said that a treatment like this being successful and getting approval would be life changing.

About 50,000 people worldwide are currently affected by hATTR, currently with only treatments attempting to slow progression. Intellia’s potentially-curative therapy will be the first time CRISPR is infused into an adult vein to edit genes in the body.