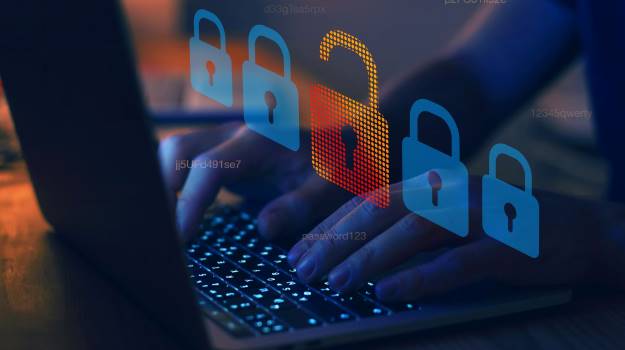 At the beginning of the COVID-19 pandemic, when the economy was driven to a near-standstill, many of the side effect predictions made by professional and common-sense economists were proven true: scalpers shifted their focus from concert tickets to hand sanitizers, and prices skyrocketed in accordance with the dollar amount of the first CARES Act disbursement.

While many of these scams targeted the public at large, scammers also turned their sights to those sources that would naturally be on the spot as the result of demand, like medical equipment manufacturers, research suppliers and other players in the life sciences industry.

November 2021 saw the sentencing of a Georgia prison inmate for a fraudulent resell setup he started in 2019 by posing as a representative of biopharmaceutical company AbbVie under the alias ‘Morgan Sylvia’. Using a number of contraband cell phones and some guile, Damon Thomas Young covertly placed orders for an assortment of heavy machinery and construction equipment for the fictitious founding of a new manufacturing facility in rural Georgia.

“Calling this far-reaching fraud scheme brazen is probably an understatement,” federal prosecutors wrote of the scam in a court filing. While only about $500,000 worth of equipment was actually obtained through the operation and eventually recovered, the grand total of all the fraudulent orders amounted to approximately $2.8 million.

Equipment included dumps trucks, a horizontal grinder, an excavator and wheel and skid steer loaders, ordered across six different machinery dealers and financed with loans. Most of the fraudulent orders were discovered before being shipped, while the contents of the rest funded the purchase of two Chevrolet work trucks via resale from unsuspecting buyers on Craigslist.

A supposed construction project from a sympathetically positioned industry seems to have been a convenient route by which to take advantage of the bureaucratic and empathetic whirlwind that was the early days of the pandemic. However, it’s far from the only instance of criminal intent attempting to target the bioindustries in recent years.

Industry professionals have also been direct targets of dishonesty, as instances of fraudulent paper submissions to special issues of various journals have continued to increase across numerous scientific fields. These scams vary in complexity, but all possess the same end goal of having a phony research or review paper printed in a credible journal.

In one instance, a scammer impersonating a reputable scientist wiled themselves into an appointment as a guest editor of The Scientific World Journal for a special issue on metaheuristics in 2016. An investigation uncovered multiple peer-review reports that originated from the compromised email accounts of other researchers in an elaborate effort to fabricate the authenticity of the pseudo-papers. More recently, however, scientific publication giants like Springer Nature and Elsevier have come under increased fire by organized scam groups attempting to push through bogus reports.

Beginning in September 2019, editors at Springer Nature were victimized by one such group posing as a collection of computer scientists and engineers from Germany and the United Kingdom. They suggested ‘the role of nanotechnology in healthcare' as a special issue topic, and were granted the ability to manage submitted manuscripts. Questionable peer-review reports endorsed submissions that did not align with the special issue topic as well as generally shoddy papers, amounting to a total of 80 false articles. Fortunately, only 19 of those made it to the production stage and have since been retracted.

Then, in April 2021, a group of computer scientists began to notice strangely-worded phrases that they would later dub “tortured phrases”, which seemed to indicate the use of plagiarism-disguising or automated translation software. Further scrutiny revealed reliability concerns for hundreds of articles across several special issues; however, the majority of them were published beginning in February 2021, a noticeable spike again coinciding with the first few months of the pandemic.

The motivations of these esoterically-oriented con artists remain indistinct: If the goal was to buff one’s resume with papers printed by prominent publications, why do so many of the titles make little to no sense? Guillaume Cabanac, a computer scientist at the University of Toulouse in France who has been involved in such investigations, suggested the motive may have to do with quota requirements that push researchers to continuously put out articles in order to maintain their employment. He added that, even if the papers are clearly nonsense, these attempts could enable researchers to “get publications for their CV and a green card to stay in academia.”

For now, scientific publishers across the board are taking note, re-evaluating their approaches to special issue publications as well as their editorial review processes in order to pinpoint systematic weaknesses and prevent fraudulent attempts to game the submission system in the future.

Naturally, among the snake oils and homebrew remedies, there were going to be some peddling counterfeit COVID-19 vaccines and treatments.

In December 2020, the U.S. Attorney’s Office for the District of Maryland seized two website domains whose names alluded to an association with Moderna and Regeneron. These misleading sites appear to have been intended to collect the personal information of visitors in order to repurpose it for use in other forms of cybercrime such as phishing attacks or identity theft.

A similar scheme involved the creation of an online storefront posing as Moderna which offered visitors the potential opportunity to pre-purchase vaccine doses in exchange for filling out a contact information form. A potential victim would be contacted by the fraudsters via email, and eventually directed to make their payments by wire to a specified bank account.

Officials continue to press the importance of cybersecurity awareness, urging Americans to remain alert for email scams, suspicious links, and requests for personal information. Additional resources and information about COVID-19 related scams are kept up to date online by the U.S. Department of Health and Human Services Office of the Inspector General.