How Biotechnology Can Save the Planet 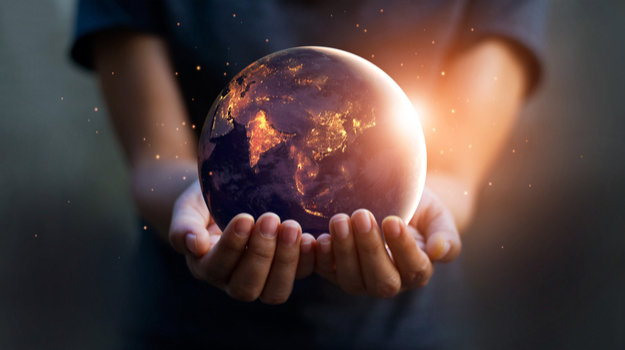 There is a tendency to look at biotech as being all about developing drugs. And, of course, that is the primary focus of BioSpace. However, from time to time it’s a good idea to remind ourselves that biotech can and does have broader applications besides medicines, and can, in fact, impact our daily lives on a regular basis. Here’s a look at just a few ways that biotechnology is being used to solve problems with the environment and climate.

The two companies have been working together for more than a year on jointly developing the QUASAR, an integrated UV LED solution, which offers high-level microbial disinfection directly at the point of discharge for various OASIS products, including water coolers, fountains, bottle fillers, and point-of-use dispensers.

“This partnership signifies a step change from regional product integration, to widely-available, global product availability for UV-C LED technology,” stated Oliver Lawal, chief executive officer of AquiSense. “We are excited about this new partnership and we are happy to provide the latest chemical-free water treatment technology to OASIS customers.”

Cemvita Technology Capable of Pulling Carbon From the Atmosphere

In November 2018, BioSpace spoke with Tara Karimi, co-founder and chief executive officer of Cemvita. Cemvita focuses on developing biologically-inspired manufacturing solutions. One of its technologies was inspired by photosynthesis.

One of the company’s projects is a system called a Bionic Plant Module. It can uptake carbon dioxide, water and solar energy to produce critical biomolecules for survival of living organisms. NASA and other private space exploration companies are interested because taking materials to space is cost prohibitive.

By being able to create glucose (or any other carbon-oxygen chemical) out of air and sunlight, other nutrients such as amino acids, vitamins and probiotics can be added to generate a variety of products.

“Unlike any other currently available human-made systems, photosynthesis is a code-based energy and mass transformation system,” says Karimi. “The required program for running of photosynthesis machinery is stored in molecules of DNA. By taking inspiration from nature, we are developing a Bionic plant module that is able to convert solar energy to a desired tailored mass.”

Aquaporin Named “Biotech of the Week” by Labiotech

In March 2019, Denmark-based Aquaporin was named “Biotech of the Week” by Labiotech, a biotech news website in Europe. Aquaporin combines classic membranes with modern biotechnology for water treatment. The system has the potential to even be used to recycle wastewater.

“We produce this membrane protein in an industrial fermentation process and use it as an intelligent building block in a new generation of water membranes,” stated Peter Holme Jensen, chief executive officer of Aquaporin. “By doing this, we stand on the shoulders of 3.8 billion years of evolution in water treatment.”

In April 2019, researchers at the University of Michigan have shown that dangerous airborne viruses can be killed “on-the-fly” when exposed to so-called “cold plasma,” or energetic, charged air molecule fragments. They published their work in the Journal of Physics D: Applied Physics.

“The most difficult disease transmission route to guard against is airborne because we have relatively little to protect us when we breathe,” stated Herek Clack, UM research associate professor of civil and environmental engineering.

The researchers evaluated the virus-killing speed and effectiveness of nonthermal plasma, that ionized particles created around electrical discharges, such as sparks. They found the reactor inactivated or removed 99.9% of a test virus, mostly because of inactivation. The reactor had borosilicate glass beads packed into a cylinder. They initiated sparks between the void spaces and passed a model virus via flowing air into the reactor.

The research team believes that a parallel approach of filtration and inactivation of airborne pathogens would be a more efficient way of sterilizing air than current technologies, such as infiltration and ultraviolet light. The group has begun testing their reactor on a livestock farm near Ann Arbor, Michigan, using it to sterilize ventilation air streams. Animal agriculture is often vulnerable to contagious livestock diseases such as avian influenza or porcine reproductive and respiratory syndrome (PRRS) virus.

Traditionally, rubber came from rubber trees. Synthetic rubber is produced from petroleum byproducts. On April 9, 2019, United American Healthcare Corporation announced that American Sustainable Rubber Company and Ohio State University had signed a royalty agreement for exclusive rights inside the U.S. to the genetically modified TK Rubber Dandelion (Buckeye Gold). Buckeye Gold was developed at OSU and can be grown in an indoor hydroponic system for natural rubber production.

“The exclusive agreement allows us to develop a best-in-class production environment for the TK Dandelion that will ultimately help ASR become a serious player in natural rubber production,” stated Timothy J. Madden, president of American Sustainable Rubber Company. “We are excited to continue our relationship with The Ohio State University and look forward to making significant gains alongside them.”

The Salk Institute for Biological Studies has launched what is called the Ideal Plant initiative. The concept is simple even if the problem is not. Climate change, or “global warming,” is caused by an increase of manmade carbon put into the atmosphere. It is exacerbated by a global decrease in forests and rainforests, as plants draw carbon dioxide as part of their metabolism and create oxygen as a byproduct.

The Salk Institute’s goal is to design plants that can store more carbon dioxide in their roots. As Ozy wrote in February 2019, “Planted on a large scale (Joanne Chory, a Salk plant biologist) explains, these might suck enough carbon dioxide out of the atmosphere to help slow down climate change. Salk is talking to seed companies and preparing to do tests on major agricultural crops—including wheat, soybeans, corn and cotton—so that the Ideal Plant might one day be introduced on farms around the world.”

Chory told Ozy, “We are all pretty passionate about it because I think we really believe we can do it. I’ve turned 60, and I want to do something where I can really make a difference. Climate change is where we have this total need to do it now. We have to do it now—maybe it is already too late. I don’t know.”

Denmark’s Novozymes has partnered with France’s Carbios' subsidiary, Carbiolice, with a goal of developing plastics that can biodegrade. Carbios has enzymes that can degrade plastics made from renewably-sourced chemical polylactic acid (PLA), which is used in plastic cups. By embedding these enzymes into plastics that are used in a number of single-use products, such as plastic bags, the plastic would biodegrade and avoid toxic pollution to the environment.

“This innovation enables PLA plastic products to be biodegradable in every condition,” Benjamin Audebert, Carbios’ investor relations manager told Labiotech. “It’s what we can call a ‘zero waste’ solution that is suited for a wide range of single-use applications such as bags, packaging, films and disposable tableware.”