Bio-what? The Future Is Here With Cemvita’s Biomimicry Tech Programs 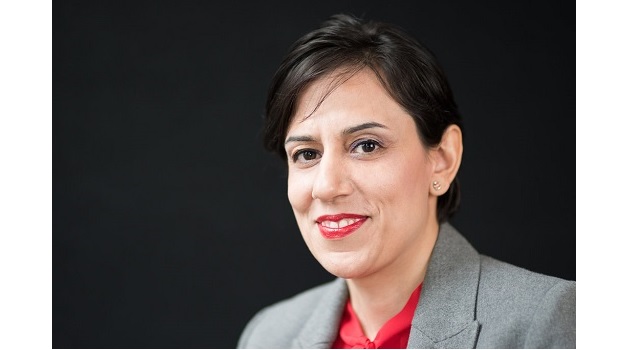 Biomimicry is probably less a science than an approach to science. That approach is to look at how nature does things.

For example, the Shinkansen high-speed train in Japan and others in the 500-series bullet trains can travel 200 miles per hour. One problem, however, is when these trains pass through tunnels—and about half of the entire Sanyo Shinkansen Line from Osaka to Hakata has tunnel sections—the trains push air ahead of them, which creates atmospheric pressure waves inside the tunnels. The waves exit the tunnel at the speed of sound, with the resultant sonic booms and vibrations that could be heard and felt more than a quarter-mile away.

Eiji Nakatsu, an engineer with JR West, is also a birdwatcher. And he thought of a bird called the kingfisher that dives into water to catch fish—without making much of a splash. This is all related to the streamlined shape of the kingfisher’s beak.

Nakatsu applied that thinking to the shape of the nose of the Shinkansen trains. The new design cut the 500-series air pressure by 30 percent, and as an added bonus, reduced electrical usage by 15 percent while allowing an increase of speed of 10 percent.

Tara Karimi, co-founder and chief executive officer of Cemvita, a company focused on developing biologically-inspired manufacturing solutions, spoke with BioSpace about the company and the amazing things it’s working on to solve problems for human exploration to deep space by in-situ biomanufacturing of human life supplies.

Karimi says Cemvita’s main goal “is to provide a platform for biomimicry technology that we can apply to solve different problems across different industries. For example, solving problems in the clean energy industry or biomanufacturing, or designing smart materials for computing and data storage.”

Karimi says Cemvita is developing a biomimicry technology inspired by photosynthesis with a mission to create a sustainable future on earth while enabling human exploration to Mars.

One of the company’s projects is a system called a Bionic Plant Module. It can uptake carbon dioxide, water, and solar energy to produce critical biomolecules for survival of living organisms. NASA and other private space exploration companies are interested because taking materials to space is cost prohibitive.

By being able to create glucose (or any other carbon-oxygen chemical) out of air and sunlight, other nutrients such as amino acids, vitamins and probiotics can be added to generate a variety of products.

“Unlike any other currently available human-made systems, photosynthesis is a code-based energy and mass transformation system,” says Karimi. “The required program for running of photosynthesis machinery is stored in molecules of DNA. By taking inspiration from nature, we are developing a Bionic Plant Module that is able to convert solar energy to a desired tailored mass.”

She goes on to say, “In the first stage we use carbon dioxide, water and sunlight to produce carbohydrates, starting with glucose. Then we use glucose as a feedstock for downstream biomanufacturing processes. This technology enables us to take the DNA bank of different products to space, instead of the consumables. This will cut a large amount of transportation cost and provide a safe and self-regenerative source of human life supplies for long-duration space missions.”

Karimi says, “Taking DNA (the barcode of life) to space (instead of consumables) almost is similar to taking a credit card with us instead of bulky cash in long-term travel.”

The biopharma industry typically uses microorganisms for the production of recombinant proteins. Those microorganisms, usually an engineered version of E. coli, have a major and expensive limiting factor, the media the bacteria grow in.

“The main benefit of this technology for the pharmaceutical industry is the sustainability of using carbon dioxide as a feeder source,” Karimi says. “This way we can make the whole biomanufacturing process more sustainable with a lower price.”

This carbon negative technology also has obvious applications for sustainability on earth as recently presented to the energy industry by Cemvita’s co-founder in a presentation titled, “CO2 Utilization; From Mars to Midland.”

Karimi is the author of a book, “Molecular Mechanisms of Autonomy in Biological Systems: Relativity of Code, Energy and Mass” that describes the science behind Cemvita.

In many ways, Cemvita’s technology is reminiscent of a Star Trek Replicator, the device in the TV shows that are using basic building blocks to create food and any other materials that are needed. In the case of Cemvita and its Bionic Plant Module, the building blocks are carbon and oxygen from the air. It’s not much different, in some ways, from 3D printing, which makes three-dimensional solid objects from a digital file using various materials, such as carbon fiber. Or, as is increasingly being done, bioprinting using a variety of organic materials. The difference is that it mimics photosynthesis, pulling the building blocks and energy from the atmosphere.