Highlight: A Dozen of the Forbes 30 Under 30 in Healthcare 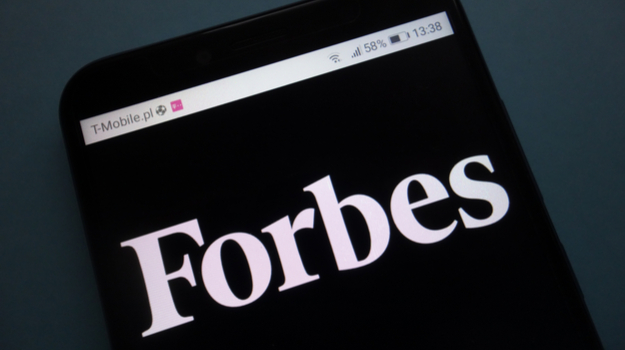 Every year, Forbes creates a list of 30 Under 30, people under the age of 30 who have made a mark and show promise in various areas. They just came out with the 2019 30 Under 30: Healthcare. Here we highlight a dozen of the winners for their roles in biopharma-related endeavors.

Catherine Freije, 27, and Cameron Myhrvold, 29. Both Freije and Myhrvold are researchers at the Broad Institute at Harvard University and Massachusetts Institute of Technology (MIT). Noting that tests approved by the Food and Drug Administration (FDA) detect less than 10 percent of viruses that infect people, the two are working on CRISPR-based technology to detect viruses. Freije is a PhD student in Harvard University’s Program in Virology and a member of the Sabeti Lab. Myhrvold is a postdoctoral fellow in the Sabeti Lab and completed a PhD in Systems Biology at Harvard University.

Dennis Grishin, 28, and Kamal Obbad, 24. Grishin and Obbad founded Nebula Genomics along with Harvard geneticist George Church. When people take a DNA test through companies like 23andMe or Ancestry.com, they don’t own the genetic data, the company doing the test does. When biopharma companies need large genomic data sets, they typically buy the data from these companies or academic institutions. Nebula Genomics plans to offer inexpensive genetic testing but allow the consumer to own their own genetic data and, using blockchain technology, enable them to sell it to whoever they want to.

David West, 25, Coleman Stavish, 25, and Nathan Buchbinder, 25. West and Buchbinder are students at Johns Hopkins University. They formed Proscia, a company that uses artificial intelligence (AI) to accelerate pathology tests for cancer patients. On September 26, 2018, they closed an $8.3 million Series A round.

“Pathology has been historically underserved by technology, and we believe that powerful software tools will push the boundaries of how modern pathology is practiced,” stated West at the time.

Megan Blewett, 29. Blewett received her PhD in chemistry at The Scripps Research Institute, where she worked on the mechanisms of action of the multiple sclerosis drug Tecfidera, which helped form the biotech company Vividion Therapeutics. She is currently with venture capital firm Venrock, where she focuses on finding startup biotech companies to support.

Raja Srinivas, 29. Srinivas cofounded Asimov, a synthetic biology startup that spun out of MIT. The company engineers living cells using synthetic biology, computational biophysics, and machine learning. In May 2018, the company was named to STEX25 by the MIT Startup Exchange. STEX25 is 25 industry-ready startups that receive promotion, travel, and advisory support and are prioritized for meeting with MIT’s Industrial Liaison Program (ILP).

Sukrit Silas, 29. While working in the Stanford University laboratory of Nobel Laureate Andrew Fire, Silas found out how bacteria use CRISPR to attack viruses. He founded BillionToOne, which is developing diagnostics for beta-thalassemia and Down syndrome.

Cheryl Cui, 28. Cui, a biomedical engineer, founded Nest.Bio in 2018. Nest.Bio is a venture fund with about $100 million under management, which has invested in eight life science startups. This year, Cui founded Nest.Bio Labs, a co-working laboratory in Cambridge, Mass., designed to “hatch” biotechnology ventures. It currently houses 12 biotech companies.

Erin Smith,18. Yes, 18 years of age! Smith is a Thiel Fellow. She is working to develop a machine learning tool that can identify Parkinson’s symptoms early with a computer and a remote webcam. The tool and company she co-founded is called FacePrint. She won a $10,000 prize from the #BuiltByGirls Future Founder competition and is working with The Michael J. Fox Foundation on FacePrint.

In a 2017 interview with Steve Kraske on KCUR’s Up to Date, Smith said, “I look at 33 different track points on the face, and they’re associated with distinct facial muscle movements. Then I determine which of these individual muscle movements are different in Parkinson’s patients.”

Smith co-founded Kansas City STEMinists, a coding program that teaches middle and high school girls how to use computer science and entrepreneurship. She is a student at Stanford University.