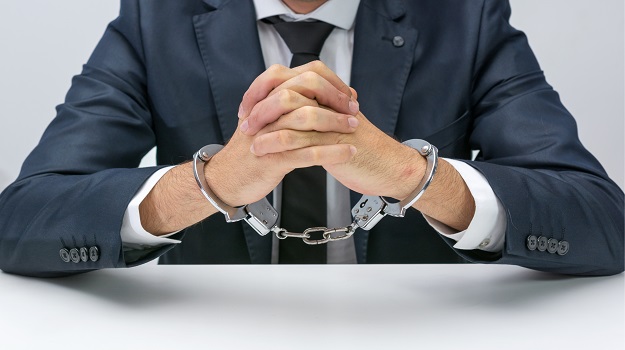 The U.S. Department of Justice has leveled more charges against members of the U.S. science community who have alleged ties to China. On Tuesday, the government charged the chair of Harvard University’s Chemical Biology Department and two Chinese nationals with aiding China.

Harvard University’s Charles Lieber was charged with “one count of making a materially false, fictitious and fraudulent statement” regarding his work with organizations tied to the Chinese government, including the Thousand Talents Plan, while he filed for research grant funding from the National Institutes of Health. The DOG said over the years, Lieber’s research group at Harvard received more than $15 million in NIH funding. The government charged Lieber, 60, with failing to disclose his ties to the Wuhan University of Technology (WUT) and was also a participant in China’s Thousand Talents Plan, a Chinese government program aimed at recruiting western scientists to further China’s own scientific development programs. The Thousand Talents Plan in China provides funding for scientists willing to conduct scientific research on behalf of the Chinese government. The U.S. government has alleged that the Chinese program is not only a way for that country to prosper off of U.S.-based research but also as a means to steal proprietary information.

Lieber, the government said, was paid $50,000 per month by WUT, and was also provided with living expenses of $158,000 for his role as a “strategic scientist” at the university. In return, Lieber was obligated to work for WUT “not less than nine months a year” by “declaring international cooperation projects, cultivating young teachers and Ph.D. students, organizing international conference[s], applying for patents and publishing articles in the name of” WUT, the government said.

The government complaint alleges that in 2018 and 2019, Lieber lied about his involvement in the Thousand Talents Plan and affiliation with WUT. The government added that Lieber “caused Harvard to falsely tell NIH that Lieber ‘had no formal association with WUT’ and that ‘WUT continued to falsely exaggerate’ about his involvement with the university. Lieber has denied being part of the Thousand Talents Plan and also restated that WUT has overstated his work with that school.

In addition to Lieber, the government charged Yanqing Ye, a Chinese national, with one count each of visa fraud, making false statements, acting as an agent of a foreign government and conspiracy. The government said Ye lied about being a member of China’s military while studying at Boston University’s Department of Physics, Chemistry and Biomedical Engineering. The government said while in the U.S. posing as a student, Ye had accessed U.S. military websites, researched U.S. military projects and compiled information for the People’s Liberation Army on two U.S. scientists with expertise in robotics and computer science. Ye is currently in China, the government said.

Zaosong Zheng, also a Chinese national, was arrested in December at Boston’s Logan International Airport and charged by criminal complaint with attempting to smuggle 21 vials of biological research to China. Zheng came to the U.S. on a student visa and conducted cancer-cell research at Beth Israel Deaconess Medical Center in Boston. Zheng told the U.S. DOJ that he intended to bring the vials to China to use them to conduct research in his own laboratory and publish the results under his own name. Zheng was indicted on one count of smuggling goods from the United States and one count of making false, fictitious or fraudulent statements.

The government has been closely monitoring researchers with ties to China, either through funding or heritage. A 2017 report issued by the FBI noted that that intellectual-property theft by China costs the U.S. as much as $600 billion annually. Last year, the government fined Michigan-based Van Andel Research Institute (VARI) $5.5 million to resolve claims the institute made false allegations related to grants from China it received. The government said VARI failed to disclose Chinese government grants that funded two VARI researchers. Last year, researchers at Emory University and at MD Anderson were terminated following the revelation of potential undisclosed funding ties with the government of China. In 2018, two Chinese scientists pled guilty to stealing intellectual property from GlaxoSmithKline. Those trade secrets were going to be part of the foundation for setting up a company in China called Renopharma. Another Chinese national is currently in U.S. court over charges related to the Renopharma scandal.

Last year, the Chinese government tamped down promotion of the Thousand Talents plan as western fears mounted over concerns of intellectual property theft.