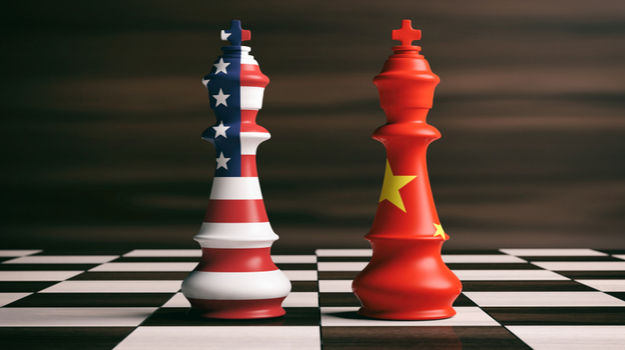 As more and more western pharmaceutical companies are pouring money into China, it’s only natural that there is a bit of western “brain drain” as well. A recent NPR report highlighted a number of U.S.-based scientists who have sought career advancement in China.

The NPR report primarily points to a handful of U.S.-based academics who have taken teaching and research roles at Chinese universities, Many of the scientists interviewed for the article expressed their appreciation for the academic freedom they have at the Chinese universities to pursue their research. Also, they pointed to a greater ease in securing government-supported grants to finance their research.

Jon Antilla, a former professor at the University of South Florida and now a faculty member at Tianjin University in China, said his experiences in China have been good. He has had no political restrictions and praised the ease of securing funding for his work.

“You really have a lot of freedom here, actually, to pursue your science. The grant funding is easier to get, and that frees you up to think more,” he told NPR.

That funding is part of China’s “Thousand Talents Plan” that is aimed at attracting top researchers from across the globe. The program targets individuals under the age of 55 who are willing to work in China full-time. Those selected for the program are given full professorships or the equivalent in universities and research institutes. The “Thousand Talents Plan” was created in 2010 with an aim to “gather global wisdom,” according to the plan’s website.

While there have been a number of U.S.-based researchers follow through with the Chinese recruitment, NPR noted that as of now “the flow of researchers abandoning labs in the United States for academic positions in China is still more trickle than flood.” However, the government of China aims to continue to recruit top western scientists, NPR said.

While the NPR piece focused more on the academic side of things, as noted before, numerous western companies have been pouring resources into the booming Chinese biopharma market as more and more companies eye breaking into that countries booming market for medicines, particularly oncology drugs. Over the next several years, China is expected to see exponential growth in its pharmaceuticals market. Growth projections show China’s pharmaceutical market is expected to grow to between $145 billion and $175 billion by 2022. Since 2012, there has been explosive growth in cooperation between Chinese companies and the west in research and development.

In May of this year, Shanghai-based Brii Biosciences launched with $260 million in financing to support the company’s goal of accelerating the development and delivery of breakthrough drugs to China. In July Roivant Sciences launched Sinovant Sciences in China with an aim at developing innovative treatments for some of China’s most pressing medical concerns.

Over the past 21 months, China’s regulatory agency has approved 30 drugs from drug developers based outside the country. As BioSpace reported earlier this month, the Chinese regulatory agency fast-tracked 48 drugs that had already been approved in the U.S., Japan or Europe. The new approvals are significant, as China has the second-largest drug market in the world, but only allows foreign companies to supply about 25 percent of its overall medications.