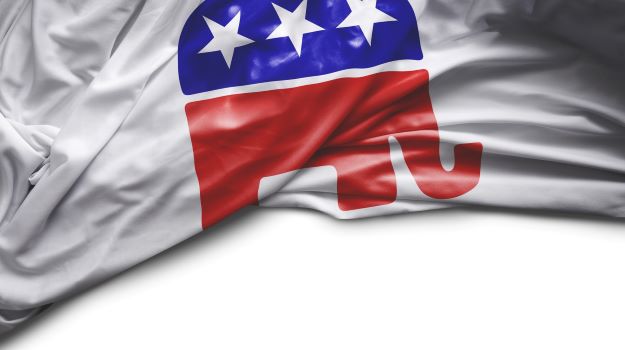 Rep. Michael McCaul (R-Texas), the House Foreign Affairs Committee ranking member, issued a third installment today of what he is describing an investigation into the origins of the COVID-19 virus and blaming the pandemic on a leak from the Wuhan Institute of Virology in China. McCaul also made statements with the report calling for Congress to sanction scientists at the Wuhan laboratory and Chinese Communist Party officials.

In addition, McCaul has called on the House Foreign Affairs Committee to subpoena Peter Daszak. Daszak is a U.S. zoologist, one of the World Health Organization (WHO)’s experts sent to investigate the virus's origins in Wuhan, China at the beginning of the year.

Daszak’s role in denying the likelihood of a lab leak has come under criticism for conflicts of interest. His nonprofit, EcoHealth Alliance, ran global health-related research and received more than $800,000 in grants from the National Institutes of Health (NIH)'s National Institute of Allergy & Infectious Diseases (NIAID), some of which went to the Wuhan Institute of Virology (WIV). He is also the author with other researchers of a Correspondence in The Lancet, where he declared no competing interests that largely debunked the lab-leak theory before he was assigned to investigate it. He was also the only American citizen the Chinese government allowed to visit Wuhan as part of the WHO team.

Daszak and the WHO team argued in their cursory investigation that a lab leak was extremely unlikely. This is a position Daszak claimed long before the WHO investigation. He also recused himself from the COVID-19 Commission established by The Lancet over accusations he hid his conflicts of interest in early summer.

McCaul said he wanted Daszak “to appear before the House Foreign Affairs Committee to answer the many questions his inconsistent — and in some instances outright and knowing inaccurate — statements have raised. … This was the greatest coverup of all time and has caused the deaths of more than four million people around the world, and people must be held responsible.”

“The Biden administration has already — working through the WHO and with the G7 and with other countries — used diplomacy and tried to urge the Chinese to cooperate,” said Anthony Ruggiero, a senior fellow at the Foundation for Defense of Democracies. “They’ve given us their answer, their answer is no.”

The lab-leak theory is that the Chinese government and researchers at the WIV were working on coronaviruses in bats, heating the viruses up to be more virulent, called gain-of-function research, and that either due to accidents or poor safety procedures, they accidentally released the virus into the general population. At the more extreme end of the conspiracy theories, some believe it was being weaponized by the military and possibly intentionally released.

Gain-of-function research is controversial. Researchers argue that it is conducted to better understand viral evolution and to create better preventative measures. Critics argue that its scientific value is extremely limited and can create very dangerous, more virulent viruses that could accidentally be released into the environment.

Although the evidence supporting the lab-leak theory is circumstantial, there is quite a bit of it. A State Department cable from 2018 that was leaked showed U.S. diplomats raised concerns about the safety and management protocols at the WIV. It was supposed to be the Biosafety Level 4 (BSL-4), the highest level, but was actually BSL-2.

A 2017 promotional video from WIV that ran on the Chinese Academy of Sciences (CAS) website, the state-run research institute that administers the WIV, shows live bats in cages and researchers wearing surgical gloves holding and feeding bats. Some of the researchers also mention being bitten by bats while handling them.

The WIV’s leading bat coronavirus expert, Shi Zhengli, known as the “bat lady,” has originally admitted to having concerns originally that SARS-CoV-2 might be related to research in the WIV, although she has said after checking records, was convinced it was not. That argument has some holes in it, however, since further reports have found that she published research in 2016 in the journal Virologica Sinica, and later in Nature, on bat viral genomes collected from a mine where several miners hired to clear bat guano came down with and died from a then-mysterious illness that seems very similar to COVID-19. And the genome of that virus, RaTG13, has a genetic sequence that is 96.2% similar to SARS-CoV-2, the virus that causes COVID-19.

Yet another recent issue was a study published by Jesse Bloom, an evolutionary biologist at the Fred Hutchinson Cancer Research Center in Seattle, who posted the study in the pre-publication website bioRxiv. The study indicates that some of the earliest genetic sequences of COVID-19’s virus were deleted last year from an international database at the request of Chinese scientists.

“There is no plausible scientific reason for the deletion,” Bloom wrote. “It therefore seems likely the sequences were deleted to obscure their existence.”

It began when Bloom read a journal article about SARS-CoV-2 sequences that had been placed in the NIH database by the end of March 2020. But when he went to look for them, he couldn’t find them. He then analyzed archives on a Google Cloud server and tracked down 13 deleted sequences that he says offer a little more evidence that the virus was circulating in Wuhan before the earliest reports at the Huanan Seafood Market.

However, The New York Times reported over the weekend that the data was recently rediscovered. What appears to have happened is that in early 2020, Wuhan University researchers sequenced a short length of viral genomes taken from 34 patients at a Wuhan hospital. They then posted those findings online in March 2020. They also uploaded the data to an online database, the Sequence Read Archive, run by the NIH. They also submitted a paper of the results to Small, a technical journal published in June 2020.

Bloom found out about the Wuhan sequences in May 2020 and looked for them in the Sequence Read Archive, but couldn’t find them. He contacted the Chinese researchers on June 6, but they did not respond. He posted his report on June 22, which was picked up by the media. At that time, an NIH spokeswoman said that the study’s authors told the NIH the sequences were being updated and would be placed in a different database. But a year later, Bloom couldn’t find them anywhere.

But on July 5, two weeks after Bloom’s report was published, the sequences were uploaded to a database run by China National Center for Bioinformation by Ben Hu. Hu was the Wuhan University who co-authored the study published in Small.

“The data availability statement was mistakenly deleted,” said editor Plamena Dogandzhiyski. “We will issue a correction very shortly, which will clarify the error and include a link to the depository where the data is now hosted.” The publication posted the correction on Thursday, July 29.

There are still questions, such as why the authors didn’t bring up the error when they asked the sequences to be pulled from the Sequence Read Archive or why they waited a year to upload them to another database.

Many in the scientific community believe the theory of wild animal to human transmission, probably via bats and other animals at the Wuhan wet market, is the most likely rationale for the virus's origins. But the circumstantial evidence of the lab-leak theory is compelling.

The GOP report states, “We now believe it’s time to completely dismiss the wet market as the source. We also believe the preponderance of the evidence proves the virus did leak from the WIV and that it did so sometime before September 12, 2019.”

President Biden has a September deadline for U.S. intelligence sources to provide him a report with more definitive conclusions, although few in the intelligence community believe anything definitive will be determined without Chinese cooperation.

Last week, in an interview with NPR, CIA Director William Burns said, “[The reality is] that the Chinese government has not been transparent, has not fully cooperated in the WHO’s investigation initially, and it’s more recently suggested it’s going to refuse to cooperate in a follow-up as well. And that is deeply unfortunate.”