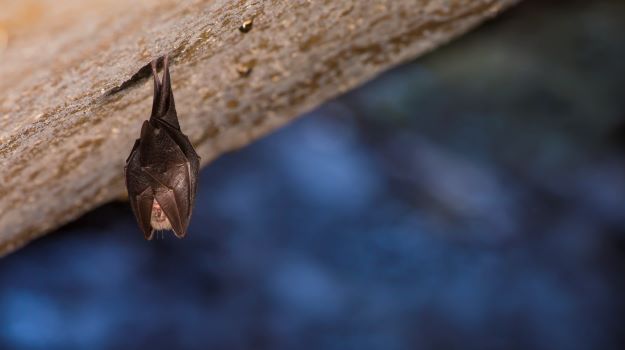 New data continues to emerge that seems to add to the possibility of COVID-19 originating from a lab leak at China’s Wuhan Institute of Virology (WIV). However, it’s important to note that it is all still very circumstantial.

The latest is four-year-old Chinese state-approved footage showing bats being kept and studied at the WIV. It was a 2017 promotional video that ran on the Chinese Academy of Sciences (CAS) website, the state-run research institute that administers the WIV. In it, they show live bats in cages and researchers wearing surgical gloves holding and feeding bats. The video was in part celebrating the institute’s receipt of the country’s first P4 designation, the highest bio-security classification, equivalent to a Biolevel Safety 4 (BLS4) in the United States.

While this is not new information, the WIV’s leading bat coronavirus expert, Shi Zhengli, who is known as the “bat lady,” has admitted to having concerns originally that SARS-CoV-2 might be related to research in the WIV. However, after checking records, she was convinced it was not.

That argument has some holes in it since further reports have found that she published research in 2016 in the journal Virologica Sinica, and later in Nature, on bat viral genomes collected from a mine where several miners hired to clear bat guano came down with and died from a then-mysterious illness that looks pretty similar to COVID-19. And the genome of that virus, RaTG13, has a genetic sequence that is 96.2% similar to SARS-CoV-2, the virus that causes COVID-19.

The videos also show WIV researchers talking about being bit by bats during their research.

Another problem is that U.S. zoologist Peter Daszak, who was one of the World Health Organization (WHO)'s experts sent to investigate the origins of the virus in Wuhan, China at the beginning of the year, made a Twitter post in December 2020 that has since been deleted where he argued that no live bats were sent to the Wuhan lab, just samples of viruses. Daszak was responding to an article from The Independent that said that “samples from the bats were sent to the Wuhan laboratory for genetic analyses of the viruses collected in the field.”

Daszak’s tweet said, “Important error in this piece. No BATS were ‘sent to Wuhan lab for genetic analyses of viruses collected in the field.’ That’s now how this science works. We collect bat samples, send them to the lab. We RELEASE bats where we catch them!”

Daszak has been highlighted as someone with likely conflicts of interest in this entire area. His nonprofit, EcoHealth Alliance, ran global health-related research and received more than $800,000 in grants from the National Institutes of Health’s National Institute of Allergy & Infectious Diseases (NIAID), some of which went to WIV. He was also the author with other researchers who co-authored a Correspondence in The Lancet, where he declared no competing interests that largely debunked the “lab-leak theory” before he was assigned to investigate it.

Daszak was the only American citizen the Chinese government allowed to visit Wuhan as part of the WHO team. He also told CBS’s Leslie Stahl in an interview afterward, “That wasn’t our task to find out if China had covered up the origin issue. We met with them. We said, ‘Do you audit the lab?’ And they said, ‘Annually.’ ‘Did you audit it after the outbreak?’ ‘Yes.’ ‘Was anything found?’ ‘No.’ ‘Do you test your staff?’ ‘Yes.”

Stahl then asked, “But you’re just taking their word for it.”

Daszak responded, “Well, what else can we do? There’s a limit to what you can do and we went right up to that limit. We asked them tough questions.”

Daszak and the WHO team argued in their cursory investigation that a lab leak was extremely unlikely, a position he claimed long before the WHO investigation. Moreover, he recently recused himself from the COVID-19 Commission established by The Lancet over accusations about hiding his conflicts of interest previously.

Yet another recent issue was a study published by Jesse Bloom, an evolutionary biologist at the Fred Hutchinson Cancer Research Center in Seattle, who posted the study in the pre-publication website bioRxiv. The study indicates that some of the earliest genetic sequences of COVID-19’s virus were deleted last year from an international database at the request of Chinese scientists.

“There is no plausible scientific reason for the deletion,” Bloom wrote. “It, therefore, seems likely the sequences were deleted to obscure their existence.”

It began when Bloom read a journal article about SARS-CoV-2 sequences placed in the NIH database by the end of March 2020. But when he went to look for them, he couldn’t find them. He then analyzed archives on a Google Cloud server and tracked down 13 deleted sequences that he says offer a little more evidence that the virus was circulating in Wuhan before the earliest reports at the Huanan Seafood Market.

“There are also broader implications,” Bloom tweeted. The data being deleted “should make us skeptical that all other relevant early Wuhan sequences have been shared.”

WHO spokesperson Tarik Jasarevic told USA Today, “We are aware of this report and, as we repeatedly asked, we hope that all data on early cases will be made available.” The database is an international public database maintained by NIH and archives millions of gene sequences shared by researchers worldwide on viral genomes, including SARS-CoV-2.

The mostly Wuhan-based team initially shared the sequences to the database in March 2020, then submitted a request in June 2020 that it be removed. NIH stated, “NIH can’t speculate on motive beyond the investigator’s stated intentions.”

The Chinese researchers have indicated that the viral sequences had been updated and submitted it to another database. They wanted to avoid any confusion between the versions.

Bloom has also found that the sequences were also removed from the China National GeneBank DataBase. NIH indicated that since the system is voluntary and collaborative, researchers and free to remove their sequences.

Bloom told USA Today, “The practical consequence of removing the sequences from the Sequence Read Archive is that no one knew they existed prior to now, and they were not in the databases used to collect Dec-Jan sequences for the joint WHO-China report.”

Although the corresponding authors have not responded to USA Today inquiries, the Chinese Embassy in Washington stated, “To politicize origin tracing, a matter of science, will not only make it hard to find the origin of the virus, but give free rein to the ‘political virus’ and seriously hamper international cooperation on the pandemic.”

President Joe Biden has directed the U.S. intelligence agencies to increase efforts to investigate the origin of the pandemic. WHO Director-General Tedros Adhanom Ghebreyesus and some international members of the WHO-China investigative team have reported frustrations over the Chinese government’s refusal to share raw data on early COVID-19 patients.

Steven Salzberg, an adviser to the international group that oversees these collaborative databases, indicated to USA Today that he couldn’t speculate on why the sequences were deleted, “although it does seem a bit unusual. Because the (NIH databases) are so enormous, the process for managing them has to be automated. It’s entirely legitimate for a scientist to delete or replace data in one of those databases if he/she discovers that the data is erroneous or has other technical problems.”

Bloom, however, points out that journal articles published with the deleted data have not been corrected.

Bloom himself has taken some criticism, specifically from University of Saskatchewan virologist Angela Rasmussen, who is also affiliated with Georgetown University’s Center on Global Health Science and Security. He tweeted, then deleted: “MAYBE if the crux of your solo-author preprint is ‘hey just throwing this out there, it’s not *always* bad to delete files but I’m just sayin’ & you are in practice asking systemic racism to do the heavy lifting for you to make your point, it wasn’t a great advance to begin with.”

In another tweet Rasmussen noted that Bloom’s paper “relies on the premise that scientists from China are not trustworthy. There’s no evidence those sequences were deleted for any malicious reason” and she believes that Bloom’s Twitter statements have framed the data “in the context of insinuations and omissions.”