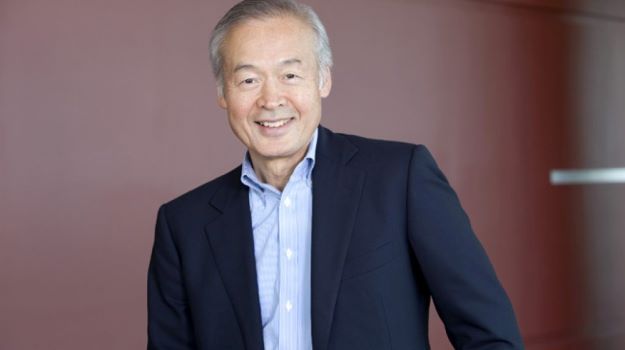 In the midst of the biggest global health crisis in a generation, the world has lost one of its premier global public health advocates. Dr. Tadataka “Tachi” Yamada, a former GlaxoSmithKline and Takeda Pharmaceutical executive, early gene therapy backer, and philanthropist, passed away on Wednesday of natural causes at the age of 76.

Born in Japan, Yamada eventually moved to the United States and trained as a gastroenterologist. He began his impactful career in academia where he rose to Chief of the Division of Gastroenterology and chair of the Department of Internal Medicine at the University of Michigan. He then made the pivot to the Life Sciences, becoming the Chairman of Research and Development for GSK.

Yamada made the decision to move into industry to make a more direct impact on patients.

“You’re working in the laboratory; you’re doing research that’s pretty basic. And you feel like this work is going to actually have an impact on patients somewhere down the line, but you’re never sure, and you’re pretty distant from any direct effect on patients,” he said in a 2012 interview with the Journal of Clinical Investigation (JCI). “When I went, I realized that these people were really serious and had a very difficult task. Making medicines is maybe the hardest task in biomedical science.”

Yamada might be best known and remembered for his philanthropic efforts in the development of vaccines for malaria and meningitis. In 2009, he left GSK to join the Bill & Melinda Gates Foundation as executive director of the Global Health program.

In 2013, Yamada heard the industry calling again, joining Takeda as EVP and Chief Medical and Scientific Officer where he shepherded the launch of Takeda Vaccines, which is in the late stages of developing just the second vaccine for the mosquito-borne virus, dengue fever.

In recent years, Yamada founded or co-founded a series of biopharma companies committed to developing vaccines and therapeutics for the diseases closest to his heart. These include Icosavax, Inc., which is focused on developing safe and effective vaccines against infectious diseases, and Passage Bio, a clinical-stage genetic medicines company in the CNS space which he co-founded in 2017 with gene therapy pioneer, Dr. James Wilson.

“We are deeply saddened by the sudden passing of Tachi, a visionary leader in our field and co-founder of Passage Bio,” said Passage president and CEO, Bruce Goldsmith, Ph.D. “We are forever grateful for the vision, scientific experience, and strategic influence that he shared to establish our company. He has left a lasting legacy with his generous contribution to our industry, and specifically to Passage Bio and the patients we serve. We will continue to honor and build upon Tachi’s legacy.”

Prior to his death, Yamada was a venture partner with Frazier Healthcare and served as chair of the board of directors at the Clinton Health Access Initiative.

“Dr. Tachi Yamada was an extraordinary scientist and leader who used his brilliant mind and kind, good heart to improve the lives of millions of people,” former president Bill Clinton said in a statement. “Tachi brought a world of experience, knowledge, and good judgement to CHAI. He inspired us all to help more people and save more lives.”